An underground network is readying homes to hide immigrants 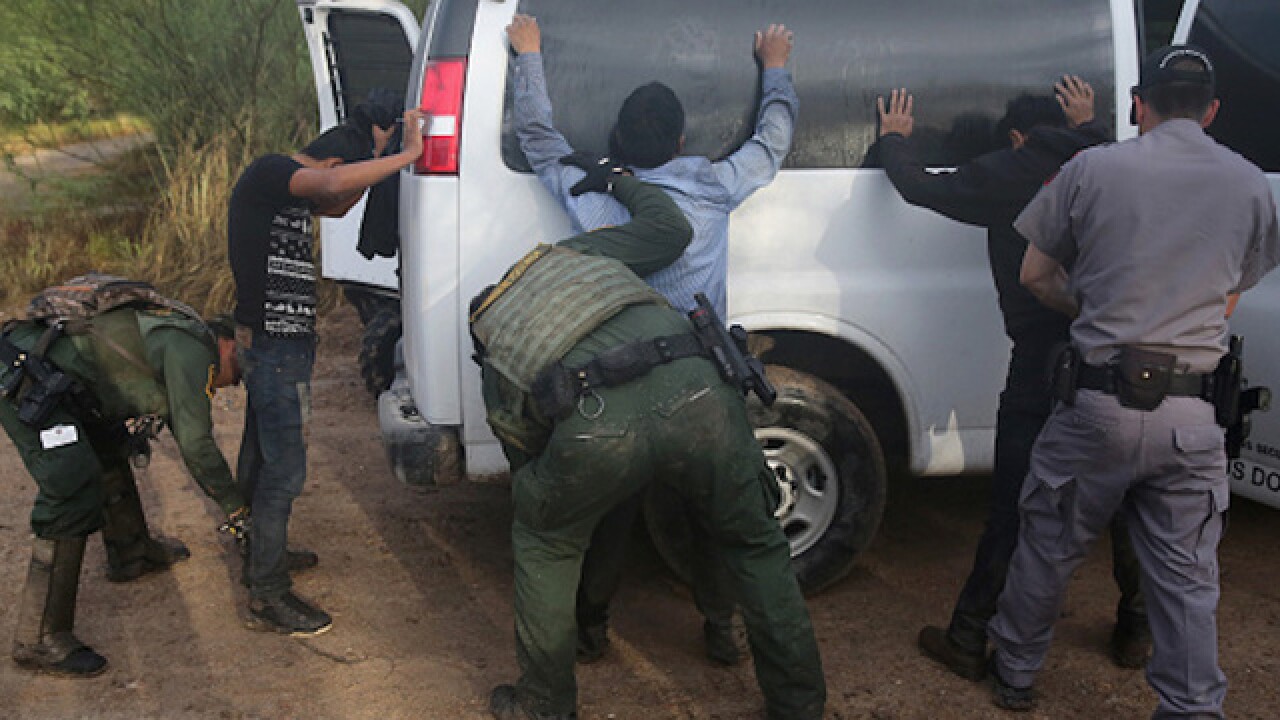 A hammer pounds away in the living room of a middle class home. A sanding machine smoothes the grain of the wood floor in the dining room.

But this home Pastor Ada Valiente is showing off in Los Angeles, with its refurbished floors, is no ordinary home.

"It would be three families we host here," Valiente says.

By "host," she means provide refuge to people who may be sought by US Immigration and Customs Enforcement, known as ICE. The families staying here would be undocumented immigrants, fearing an ICE raid and possible deportation.

The purchase of this home is part of a network formed by Los Angeles religious leaders across faiths in the wake of Donald Trump's election. The intent is to shelter hundreds, possibly thousands of undocumented people in safe houses across Southern California.

The goal is to offer another sanctuary beyond religious buildings or schools, ones that require federal authorities to obtain warrants before entering the homes.

"That's what we need to do as a community to keep families together," Valiente says.

At another Los Angeles neighborhood miles away, a Jewish man shows off a sparsely decorated spare bedroom in his home. White sheets on the bed and the clean, adjacent full bathroom bear all the markers of an impending visit. The man, who asked not to be identified, pictures an undocumented woman and her children who may find refuge in his home someday.

The man says he's never been in trouble before and has difficulty picturing that moment. But he's well educated and understands the Fourth Amendment, which gives people the right to be secure in their homes, against unreasonable searches and seizures. He's pictured the moment if ICE were to knock on his door.

"I definitely won't let them in. That's our legal right," he says. "If they have a warrant, then they can come in. I can imagine that could be scary, but I feel the consequences of being passive in this moment is a little scary."

The religious leaders have a name for their network: the Rapid Response Team. The idea is not necessarily a new one, according to Reverend Zach Hoover, executive director of the interfaith community organization LA Voice.

Hoover, 37, wasn't an active member during the Sanctuary Movement of the 1980s when US congregations across faiths resisted federal law and provided shelter for Central Americans fleeing violence in their home countries. Many congregations offered direct sanctuary, housing the undocumented immigrants, while others offered food and legal assistance.

The Rapid Response Team mirrors that structure, but goes one step further by also incorporating private homes, which offer a higher level of constitutional protection than houses of worship and an ability to make it harder for federal agents to find undocumented immigrants.

Under federal law, locations like churches and synagogues are technically public spaces that authorities could enter to conduct law enforcement actions. In 2011, the Department of Homeland Security instituted a policy limiting ICE action at religious locations. The policy ordered ICE to not enter "sensitive locations" like schools and institutions of worship.

Religious leaders in Los Angeles that spoke to CNN are skeptical whether that policy will stand under a Trump presidency.

In the hours after Trump's initial executive order on immigration, calls between religious organizers picked up, and the network rapidly grew. Hoover estimates the underground network could hide 100 undocumented people today. Soon, he believes, they could hide thousands.

Hoover points out that's a tiny fraction of the estimated one million undocumented immigrants in Los Angeles county. The network's focus would be on families fearing separation and working to keep them together by "moving into a place so that ICE can't find them," Hoover says.

The strong current carrying the Rapid Response Team is the divergence of federal laws and the moral teachings of their religions. Hoover points to the Bible's Matthew 25, which teaches the faithful should feed the hungry and fight for those in prison.

"The God that I worship sent a person to earth in the name of Jesus who did not always get along with the authorities," Hoover explains. "I feel really convicted that I answer to God at the end of the day. That's who I'm going to see when I die."

Pastor Valiente echoes that sentiment, saying US immigration laws are broken and her church's foundation are the families.

"We're trusting in God, that he will help us and guide us to make the right decision, to have something better come out of this," Valiente says.

"He needs to make immigration laws that work for our families," Valiente says.

The Jewish man offering his home as a safe house says he draws upon his religion's history during WWII. As the Nazis rounded up Jews for detention and eventual extermination, Germans resisted their government, hiding their Jewish friends and neighbors in attics and basements.

"It's hard as a Jew," he says, "not to think about both all the people who did open their doors and their homes and take risks to safeguard Jews in [a] moment when they were really vulnerable, as well as those who didn't. We'd like to be the people who did."

He's not the only one in his community feeling this way. Volunteers are flooding in to offer to help with the network at Temple Israel of Hollywood, according to Heidi Segal, the temple's vice president of social action.

Three weeks ago, Temple Israel of Hollywood began a phone bank to call lawmakers. On the day CNN visited the temple, the room was filled with volunteers.

"Our immigration resistance effort," Segal says as she shows off the room.

While the temple is not offering direct refuge at their temple for the undocumented, volunteers will escort immigrants for deportation interviews. They're also offering free legal advice and support, as well as stocking sanctuary houses with food and clothing.

"We had a really strong response immediately and as people learn, the response is just growing," Segal says.

The growing energy of the network doesn't mean the members aren't also apprehensive or fearful about the consequences. The people forming the network are not a crowd with criminal records. While there's clarity in the sanctity of family and religious calling, there's also concern about how the new Department of Justice will operate under Attorney General Jeff Sessions.

The Jewish man offering his home as a safe house says it's "certainly scary." While he's not clear on the consequences of what he's doing, or where he draws his limits, he is clear on one point.

"I think I know what the moral consequences are for me if we don't act. This isn't a moment to be standing idly by," he says. "This is a moment to be engaged and involved and I think we're seeing that across America where people are saying this isn't okay. We're not going to tolerate this and we'll have our voices heard."

Mark Krikorian, executive director of the conservative Center for Immigration Studies, says the law is clear about what these groups are intending to do.

"They're committing a felony. Harboring is a felony," Krikorian says. "Regular folks hiding people in a basement face jail time because it is ultimately a smuggling conspiracy."

Valiente says the last of the construction on her safe house is nearly complete. She'll house someone, she fears, as soon as next month.