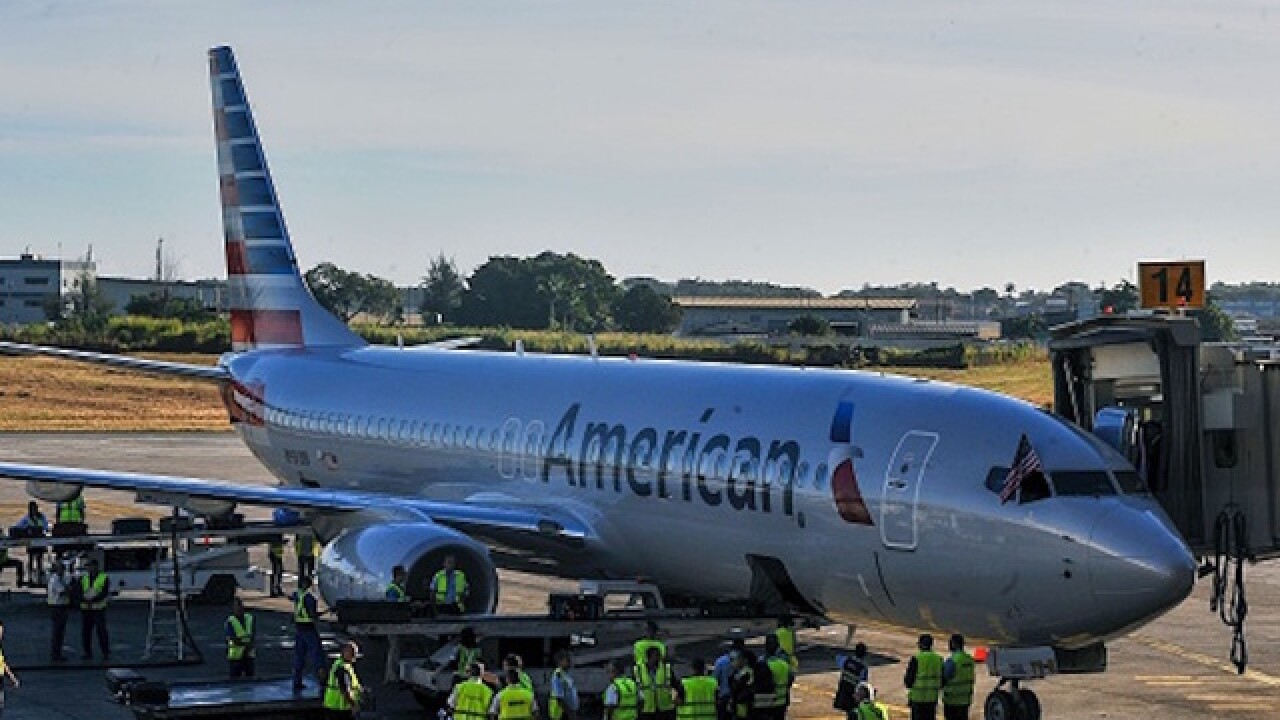 SEATTLE (CNNMoney) -- American Airlines says it dropping seat-back screens from its in-flight entertainment on its 100 new Boeing 737 Max jets because most passengers carry their own screens.

In a statement Tuesday, American Airlines said 90% of its passengers bring their own devices aboard. American contends that smartphones, tablets or laptops do a better job than the airline's individual screens.

The new single aisle 737 Max will debut on American Airlines routes later in 2017. As the new planes start arriving, the Fort Worth, Texas-based airline is adding satellite-based high-speed internet connectivity to its planes from Gogo and Via Sat, a major upgrade from its existing sluggish air-to-ground cellular network. The broadband connection will enable video streaming from services like Netflix and Amazon.

"It makes sense for American to focus on giving customers the best entertainment and fast connection options rather than installing seatback monitors that will be obsolete within a few years," the company said in a statement.

United Airlines is also skipping the screens on its single-aisle jets in favor of a wi-fi connection.

While American will charge for streaming and internet surfing, it will move its live TV channels and stored TV episode and movie libraries from the seat back screen to an on-board streaming server to access much of the same content to your device.

American uses the workhorse 737 on routes all over the U.S. The 737 Max promises 14% better fuel efficiency over Boeing's jets today and removing the screens, wiring and power boxes from around 160 seats means less weight and lower fuel consumption.

American plans to keep the screens on its current-generation 737s which are still streaming out of Boeing's factory and the Airbus A321s it uses on the competitive routes connecting New York to Los Angeles and San Francisco.

The airline will also keep the screens for its twin-aisle Boeing 777s, 787s, Airbus A330s, and A350s, its biggest and longest-range airplanes that operate the vast majority of its international flights.

The move by American is the latest in the ascent of high-speed internet as an on-board amenity as airlines race to duplicate the living room experience in the sky.

JetBlue Airways said earlier this month its entire fleet was outfitted for free high-speed internet access for flights over the continental U.S., and Alaska Airlines said it now offers free access to its wi-fi for Apple iMessage, Facebook Messenger and WhatsApp users.

Delta Air Lines, too, is adding high-speed internet connections on board, but has kept its seat back screens on its new deliveries of single-aisle aircraft like its 737 and Airbus A321s and other aircraft that fly longer domestic routes.