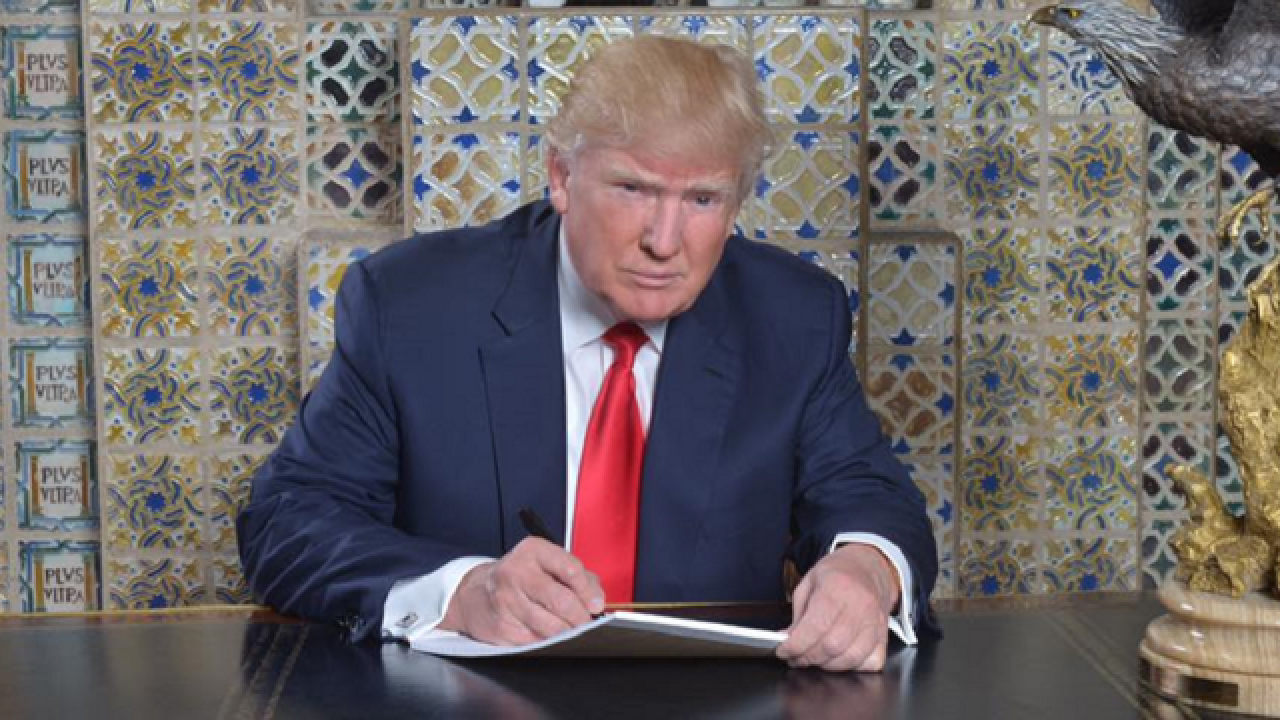 (CNN) -- President Donald Trump has only been in office for 17 days, but his Justice Department is already embroiled in a high-stakes legal battle over his executive order on immigration that could have monumental implications.

On Monday morning several former senior US officials, including former Secretaries of State John Kerry and Madeleine Albright, signed on to a declaration in support of a brief filed by the attorneys general of Washington state and Minnesota, who brought the main lawsuit that has temporarily upended Trump's travel ban.

"We view the (Executive) Order as one that ultimately undermines the national security of the United States, rather than making us safer," officials wrote.

It's a stunning escalation of an issue that has caused chaos in airports across the country, left those with valid visas and refugees seeking asylum in legal limbo and prompted the President himself -- in the first major legal challenge of his presidency -- to launch an attack on one judge who ruled against him.

Trump, who rode a wave of populist anger into the White House, now will answer to the powerful 9th Circuit Court of Appeals. The San Francisco-based court has a reputation as one of the most liberal in the nation to the point where some Republican lawmakers have even pushed to split it up in an effort to limit its impact. And no matter what its ruling here, the next stop will likely be the US Supreme Court.

The issue in front of the court at the moment is not whether Trump's travel ban is constitutional, but whether it will remain suspended for now.

The appellate court has been burning the midnight oil, requesting further briefing early Sunday on the Justice Department's request for an emergency stay from the two states -- Washington and Minnesota -- as well as from the government.

The states ask that the court to leave the temporary restraining order in place, arguing that the government has failed to show that it would be "irreparably harmed" by a suspension of the executive order.

"But that would mean that until the (Executive) Order was issued, Defendants were suffering some unspecified, ongoing irreparable harm. That makes no sense. ...Preserving the status quo against sudden disruption is often in the interest of all parties," the states said in a court filing Monday morning.

The government has until 6 p.m. ET Monday evening to submit its own briefs in response.

Friday, federal Judge James Robart of the U.S. District Court for the Western District of Washington suspended key parts of the executive order nationwide. Trump fired off two tweets in response. In one he referred to Robart as a "so called" judge. In another, he said, "Just cannot believe a judge would put our country in such peril. If something happens blame him and court system. People pouring in. Bad!"

It all centers on his executive order issued on January 27 with little explanation or advance warning. The order bars citizens of seven Muslim-majority countries -- Iraq, Syria, Iran, Libya, Somalia, Sudan and Yemen -- from entering the US for 90 days, all refugees for 120 days and indefinitely halts refugees from Syria.

In briefs so far, the attorneys general for Washington and Minnesota say that the temporary restraining order should remain in place because they are likely to succeed in their constitutional challenge. They put forward several legal arguments, including that it violates the Establishment Clause in the First Amendment to the Constitution because it shows government preference for one religion over another, and Equal Protection Clause -- part of the 14th Amendment -- because it discriminates based on religion and national origin.

The government counters that Robart's injunction should be lifted for now and the executive order should be cleared to go back into effect while the legal process continues.

The government struck back Sunday, arguing that Robart's order should be lifted and the executive order go back into effect. "Judicial second-guessing of the President's determination that a temporary suspension of entry of certain classes of aliens was necessary at this time to protect national security would constitute an impermissible intrusion on the political branches' plenary constitutional authority over foreign affairs, national security, and immigration," wrote Noel Francisco, the acting Solicitor General.

Hawaii also sought to get in on the action early Monday morning -- filing an emergency motion to intervene in the appeal.

The state's attorney general filed a separate lawsuit against Trump over the travel ban in federal district court in Hawaii last week, and it now argues that Hawaii must be allowed in the case before the Ninth Circuit to protect its interests as well.

The judges who will hear the case -- most likely conferring by telephone -- are expected to issue a ruling as early as Tuesday. The three-judge panel includes Judge William C. Canby Jr, an appointee of President Jimmy Carter, Judge Michelle T. Friedland, who was appointed by President Barack Obama, and Judge Richard R. Clifton, an appointee of President George W. Bush. It is likely that they will make their decisions based on the legal briefs they receive and not ask for a hearing.

The 9th Circuit is considered one of the most liberal courts in the nation. It's by far the most geographically diverse with nearly four dozen judges and covers most of the western United States, Hawaii and Alaska.

The loser at the 9th Circuit will most likely go to the Supreme Court. Because the justices are understaffed with only eight judges, there is a chance that they could split on the ruling 4-4.

If that were to occur, they'd be left with simply upholding whatever order the 9th Circuit issued, underscoring the importance of that court's ruling.

CNN's Laura Jarrett and Joe Sutton contributed to this report.