Alexander Acosta to be Trump's new pick for labor secretary 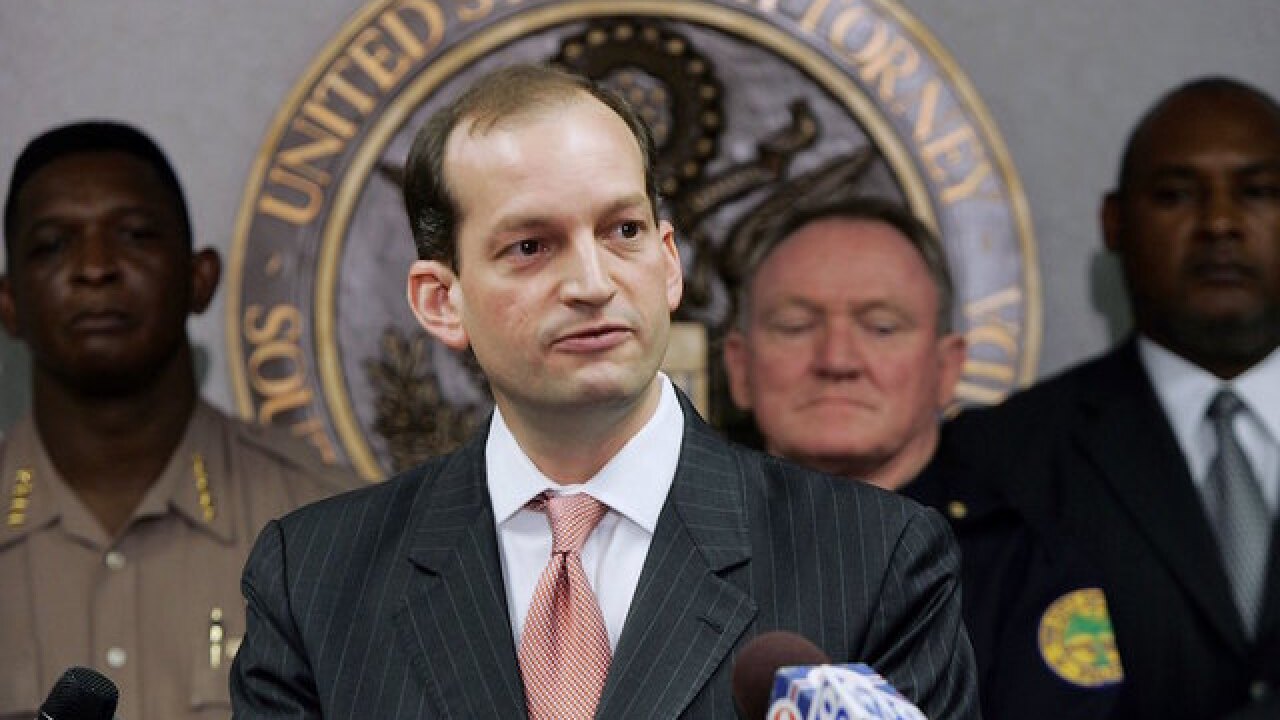 Acosta, who is currently the dean of the Florida International University School of Law, is a former member of the National Labor Relations Board, a position he was nominated to by former President George W. Bush.

If confirmed, Acosta -- the son of Cuban immigrants -- would be the first Hispanic member of Trump's Cabinet.

He clerked for Supreme Court Justice Samuel Alito when he sat on the Court of Appeals for the Third Circuit and practiced law at Kirkland & Ellis in Washington.

Puzder, Trump's first pick to leader the Labor Department, withdrew his nomination Wednesday after Republican senators began telling the White House that they would not back the nominee.

Puzder, the CEO of the company that owns the Hardee's and Carl's Jr. fast food chains, faced fierce opposition mostly from Democrats in part related to his position on labor issues as well as the fact that he employed an undocumented immigrant housekeeper.

But Republicans, too, had grown weary of the range of liabilities facing Puzder, and senior GOP officials informed the White House Tuesday night and Wednesday that Puzder lacked a viable path for confirmation.

The turbulent nomination process wore on Puzder, too, with aides close to the nominee telling CNN that he was taken aback by the harshness of politics.