Alaska hit by more than 190 small earthquakes since Friday 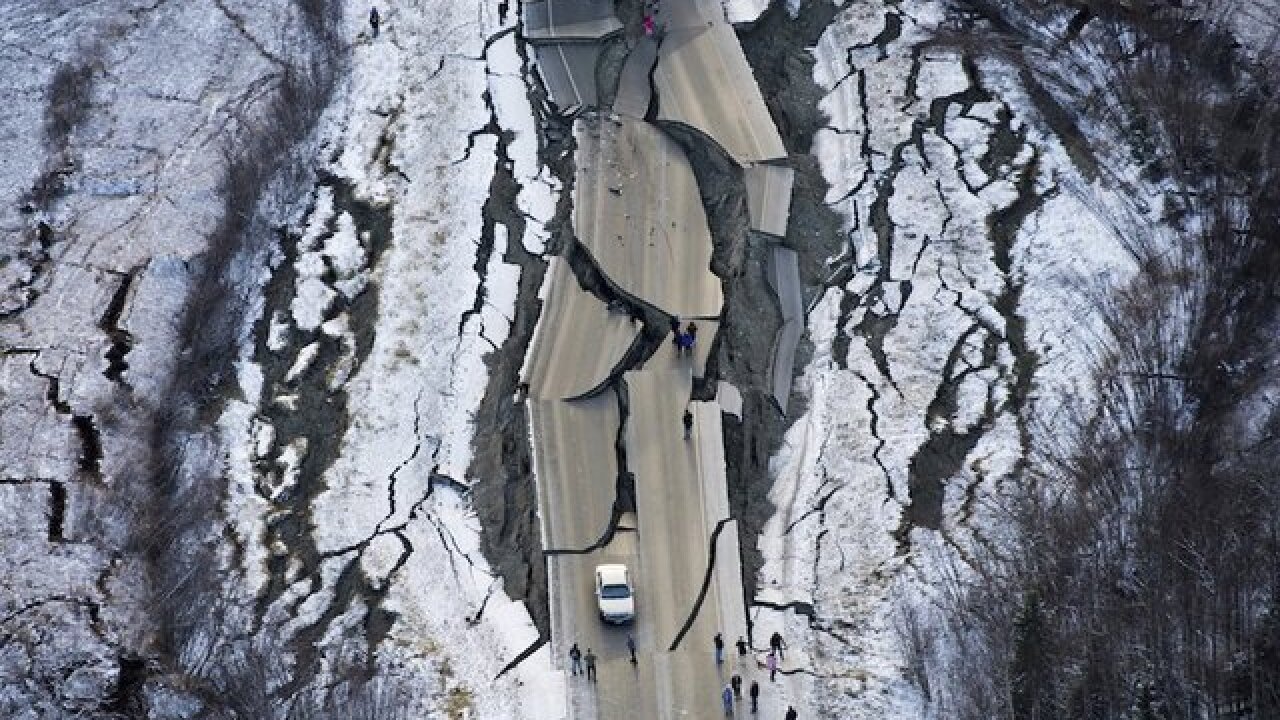 More than small 190 earthquakes have hit parts of Alaska since Friday, when a 7.0-magnitude tremor knocked out power, ripped open roads and splintered buildings near Anchorage.

Since Friday, Alaska has experienced at least smaller 194 earthquakes, the US Geological Survey said early Saturday.

"These numbers can change by the minute, people can be expected to feel aftershocks for some time," Seismologist Randy Baldwin told CNN. He said while they are described as aftershocks, they are still considered earthquakes.

The magnitude-7.0 earthquake sent residents scurrying for cover when it hit about 8:30 a.m. Friday local time 10 miles northeast of Anchorage.

'This was a big one'

"It was very loud when it came," Anchorage Mayor Ethan Berkowitz said. "It was very clear that this was something bigger than what we normally experience. We live in earthquake country ... but this was a big one."

Roads buckled under passing cars and grocery store products tumbled from shelves. In court, panicked attorneys scurried under tables as a room rocked from side to side.

It was the biggest quake she has felt in her 37 years in a region where temblors are common, Dossett said. One aftershock moved her piano a foot and half from the wall.

"It shook like I have never felt anything shake before," she said.

"It just didn't stop. It kept going and got louder and louder, and things just fell everywhere — everything off my dressers, off my bookcases, my kitchen cupboard. Just broken glass everywhere."

Despite the chaos and confusion, Anchorage authorities said Friday night that no fatalities or serious injuries were reported. Authorities didn't have firm figures on damage Friday night. Helicopters and drones were assessing infrastructure across the region.

Gov. Bill Walker issued a disaster declaration as the US Geological Survey reported dozens of aftershocks. The largest, registering 5.7, was in the city of Anchorage. Seismologists predicted many more in the coming days and weeks.

Philip Peterson was in a multistory building in downtown Anchorage as the structure swayed and coffee mugs fell from tables and tiles from the ceiling.

"I just jumped under my desk and had to ride it out," Peterson said.

The 7.0 earthquake was felt up to 400 miles outside of Anchorage, said Michael West, the Alaska state seismologist.

He called it the most significant earthquake in Anchorage since 1964.

"I think it's safe to say that, not measured in magnitude or location but in terms of how strong the ground itself shook during the earthquake," he said during a question-and-answer session at the University of Alaska, Fairbanks.

Blair Braverman said she was staying in a hotel with her husband when the quake hit. She grew up in California and was familiar with earthquakes "but this was next-level," she said.

"My husband sort of crawled across the room and threw himself on top of me and we crawled to the bathroom together and waited it out in the doorway and waited out the aftershocks."