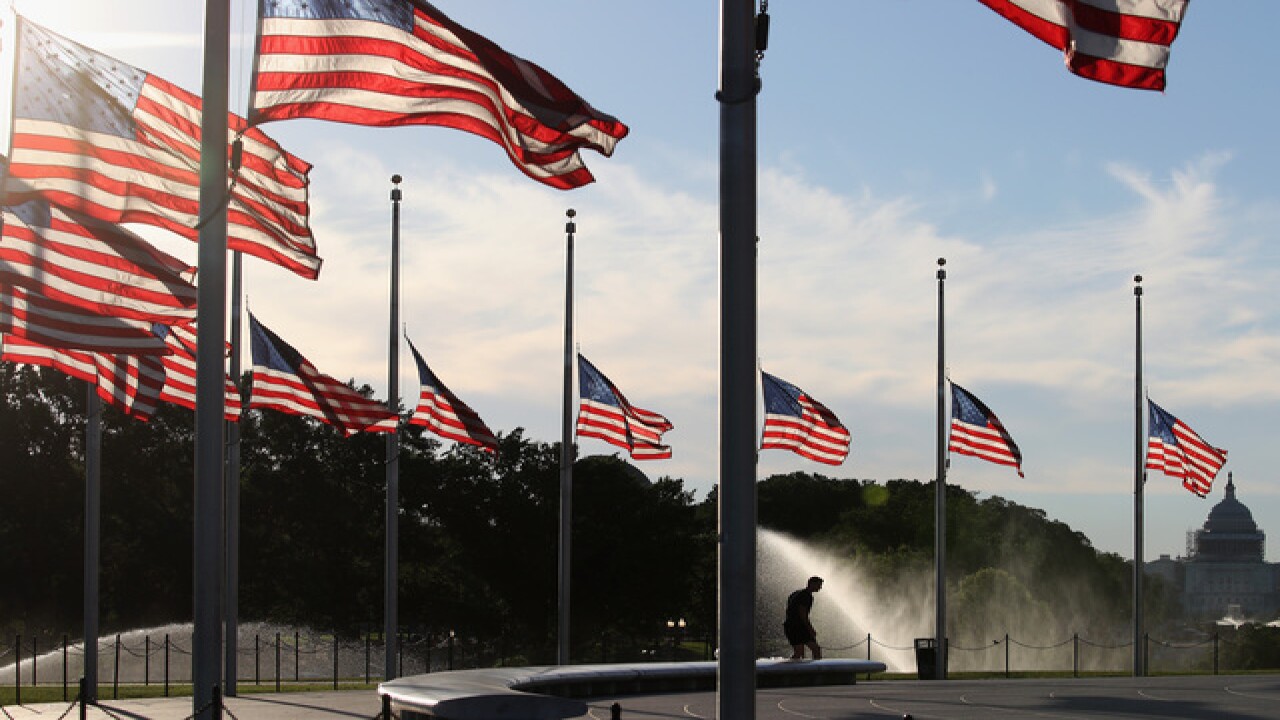 Mark Wilson
<p>WASHINGTON, DC - JUNE 13: Flags have been lowered to half staff on the Washington Monument grounds to honor those killed by a lone gunman at a night club in Orlando, June, 13, 2016 in Washington, DC. President Obama ordered flags to be lowered on all government buildings after 50 people were killed at the Pulse night in Orlando, Florida in the early hours of Sunday morning. (Photo by Mark Wilson/Getty Images)</p>

BALDWIN CO., Ala. -- The U.S. flag is not flying at half-staff in one Alabama county, but it have should been.

President Obama ordered all U.S. flags be flown at half-staff through Thursday, "As a mark of respect for the victims of the act of hatred and terror perpetrated on Sunday, June 12, 2016, in Orlando, Florida."

Tucker Dorsey, the Chairman of the County Commission in Baldwin County, says lowering the flags after a mass shooting or terrorist event is not included in U.S. flag code.

Dorsey cites Section 175, paragraph (m), of the code which says, in part:

By order of the President, the flag shall be flown at half-staff upon the death of principal figures of the United States Government and the Governor of a State, territory, or possession, as a mark of respect to their memory.

Dorsey took to Facebook to further explain his decision

USA Today reports that Cole County, Missouri, also chose not to lower their flags because, "lowering it too much takes away from the honor."  But after there were complaints, the decision was reversed.