After being dumped via text, Cowboys fan gets revenge on ex-fiancé 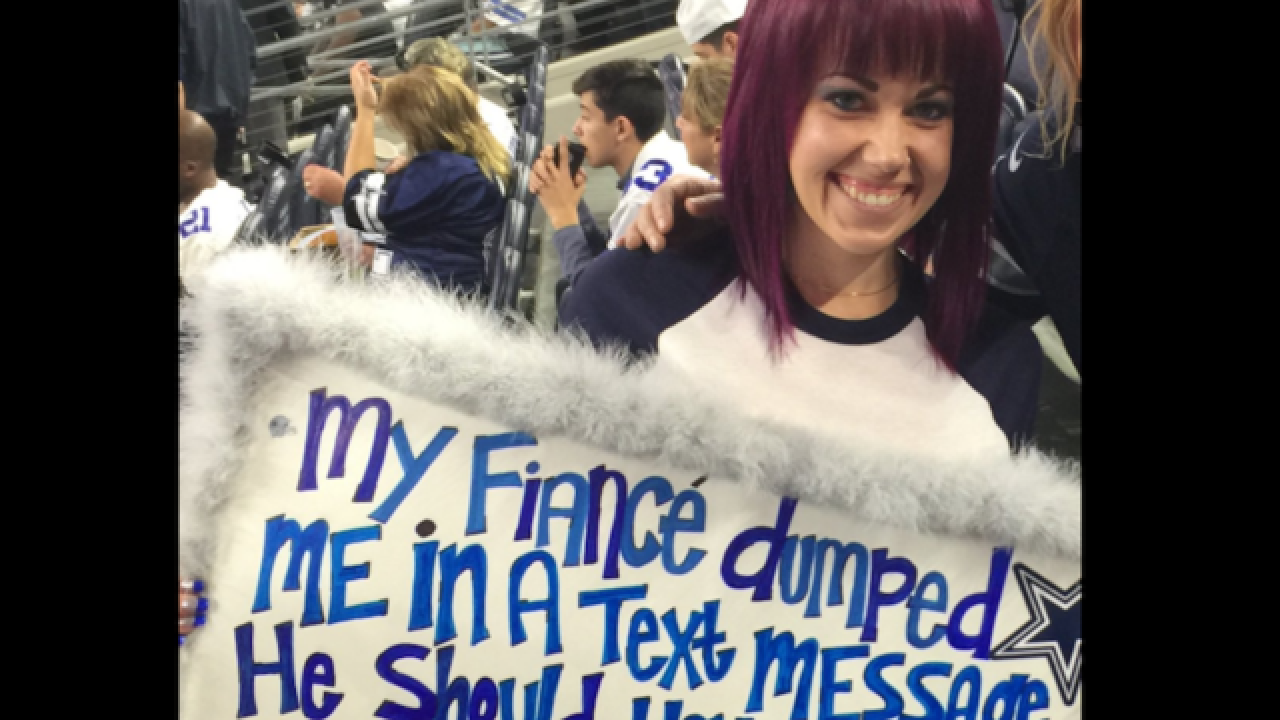 Brenna Clanton, a 30-year old Cowboys fan from Austin, Texas, had the perfect Christmas gift picked out for her fiancé. Clanton had two prime tickets to the Dec. 26 Monday Night Football game in Dallas against the Detroit Lions.

“He should have waited until after Christmas."

That was Clanton's message on a handmade sign she brought with her to Monday's game. According to the Dallas Morning News , a week after she bought the tickets, Clanton's ex broke up with her — via text message.

Rather than selling the tickets, Clanton opted to attend the game. A Twitter photo of Clanton holding the sign has been shared hundreds of times on social media. Clanton was hoping the sign would get back to her ex.

"I decided to have some fun with it, this was my little get-back to him," she told the Dallas Morning News. "I thought this might show up on the Jumbotron or TV broadcast and I knew (my ex) would be watching the game."

Her fiancé dumped her VIA TEXT before finding out she bought him Cowboys tickets for Christmas. She's doing fine. pic.twitter.com/z4YtBAaKcD

The two got engaged in June and were planning a wedding. Instead of Clanton spending the Dec. 26 game with her fiancé, she opted to bring her best friend.

Given the Cowboys resurgent season, the ex might have really missed being in prime seats for Monday's contest, which Dallas won 42-21.

"Just being in the seats I was in, I had never been that close before," she told the paper. "I've been a huge sports fan my whole life and that was a whole new world."