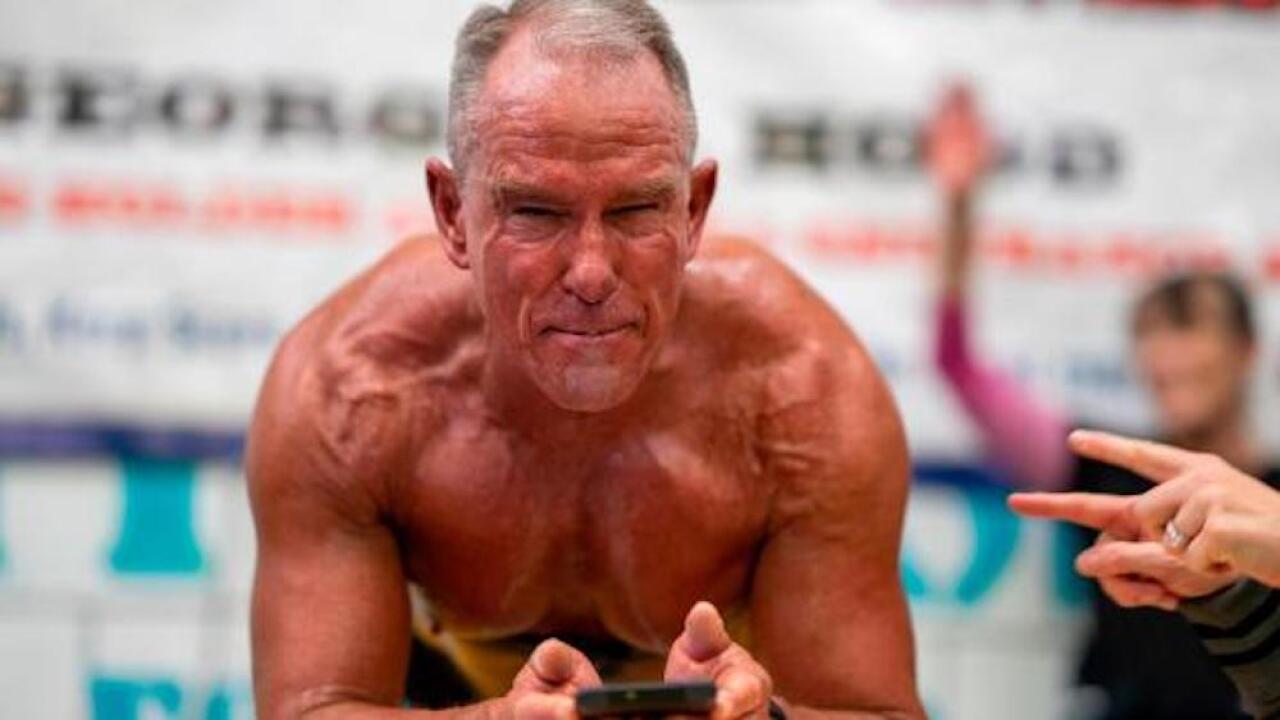 A 62-year-old former Marine reclaimed a world record he originally set in 2011 by holding an abdominal plank for an astonishing eight hours earlier this month, the Guinness Book of World Records confirmed Thursday.

George Hood, who served as a DEA agent after his time with the Marines, reclaimed his record on Feb. 15 by holding the position for eight hours, 15 minutes and 15 seconds.

According to USA Today, the workout burned an estimated 4,252 calories.

According to CNN, Hood set the original planking record in 2011 when he held a plank for an hour and 20 minutes. But in 2016, his record was shattered when Mao Weidong from China held a plank for eight hours one minute and one second.

Since Hood lost his record, he's aimed to get it back. According to CNN, he trained for 7 hours for 18 months leading up to his attempt.

According to Guinness, Hood did more than 2,100 planking hours in preparation for his record-setting attempt. He also did 674,000 sit-ups and 270,000 push-ups to train for the effort.

Hood's attempt wasn't even his longest — Guinness said that during one practice attempt, Hood held a plank for more than 10 hours.

According to USA Today, Hood hoped to bring awareness to mental health issues and suicide rates among former soldiers and law enforcement officials.

After his record was declared official, Hood said he was retiring from planking. But he celebrated his new record with a set of 75 push-ups.