5-year-old sneaks out with friend to 'buy toys'; driver rescues them from busy Washington highway 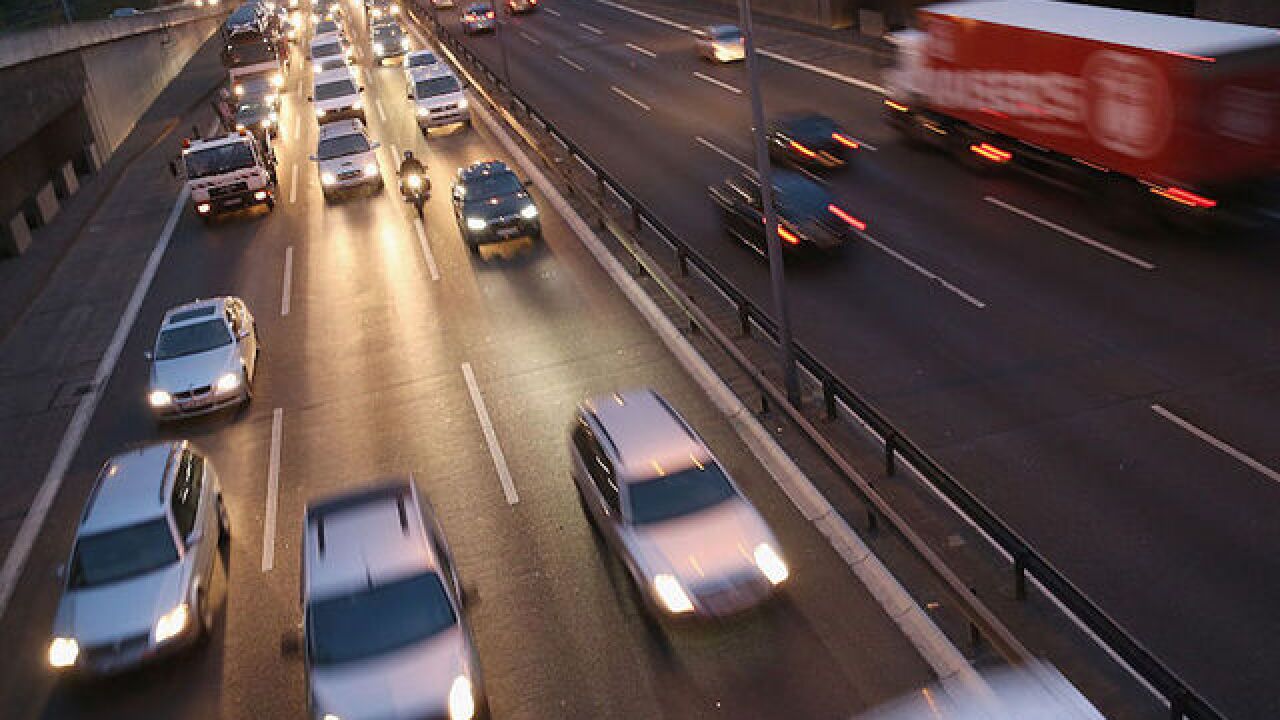 A Bow, Washington family is thanking a random stranger for stopping and saving their 5-year-old daughter from a midnight adventure to the market store.

The young girl and her friend had waited until her parents had fallen asleep to sneak out. They had made it a quarter-mile before being stopped by Marc Breckenridge and his fiancé.

"The first thing I saw was Zoey, their chocolate lab, standing right in the middle of the road," said Breckenridge.

Breckenridge was on his way home from the casino with his fiancé last Saturday night when they immediately slammed on the brakes of their car. Their car stopped just in time to see Paislee Parris and her 6-year-old friend running after the dog; they were carrying a little light.

"Come to find out it was her little baseball bat that had a little light on the end and it was going to show her the way as they were going to go on their adventure," he said.

Breckenridge and his fiancé turned the car around and got out to talk to the young girls still chasing the dog. He said it was seconds later when he saw a car coming down the highway toward them.

"I reached over and grabbed that backpack and all 38 pounds soaking wet of her, and picked her up and set her down," said Breckenridge, using his hands to motion the close proximity to Paislee and the car. "The car went chuuu right on down the road," narrowly missing them both, he said.

Breckenridge said more questions kept coming, but the most important was, "Where are your parents?"

"They're sleeping," he said the girls replied.

After hearing their plan to buy toys, Breckenridge said he knew he needed to take the girls home. He grabbed each one by their little hands and walked them back the same route they had traveled. It took them across a busy highway, over a rickety bridge and past several homes.

Breckenridge said when he saw their path, he remembered the other cars he had passed on the dark highway before seeing the girls.

"We actually passed two other cars within a half-mile of this river, so those two other cars had to have either seen them, or gone right next to them and almost hit them and who knows," he said.

Breckenridge said he was unsure what he would find when he walked up the Parris' driveway. He did not know if there were problems at the home, or if perhaps the girls had snuck out during a party. He said he was met by the dog, Zoey, who had already made it home and was barking at the door.

Paislee's father was in the process of letting the dog out, thinking it had to go to bathroom, not realizing his daughter and friend were missing.

When he opened the door, Breckenridge said he looked at the man in a state of confusion. "I says, I got your little girls here, they're just fine. We went on a little adventure."

"His eyeballs were as big as saucers," said Breckenridge, "and it was just like, where? And, what?"

"They could've been hit by a car, the little bridge that they crossed, they could've easily fallen in the river, someone could've picked them up, a drunk driver could've hit them," said Paislee's mother, Tiffany Parris, who added that her mind started racing when she learned the girls had sneaked out. "There's so many different things that could've happened."

Tiffany Parris said the fact that Breckenridge stopped and took the time to see what was going on is the miracle they didn't know they needed.

"Just by the grace of God he stopped and realized something was wrong," said Parris. "I cannot thank him enough, from the bottom of my heart."

Tiffany and her husband said they have since talked to Paislee about the importance of not sneaking out and stranger danger. They do not know if their daughter thought of the plan to go shopping after watching it in a movie or if it was her friend's idea.

Breckenridge and his fiancé have been invited to the Parris home whenever they want. They said they are very thankful for their now-new friend.