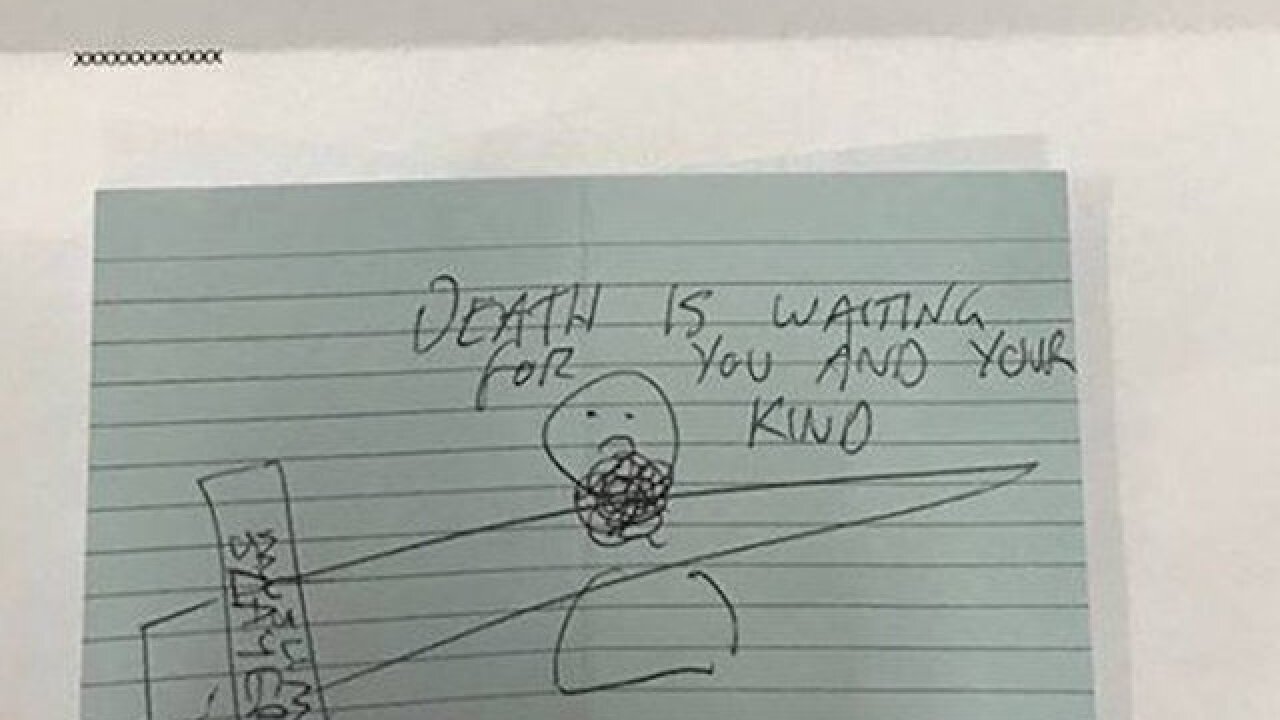 "Mosque leaders should do all they can to protect their houses of worship by working with local law enforcement authorities, installing security cameras and employing security officers during the daily prayers," said Edward Ahmed Mitchell, executive director of the Georgia chapter of the Council on American-Islamic Relations (CAIR).

In the first two months of 2017, four mosques across the country were set on fire.

On February 24, Greenview Madani Center in Lawrenceville, Georgia, received a mailed, handwritten letter. It said, "Death is waiting for you and your kind" and included a hand-drawn picture of someone being beheaded.

The mosque alerted local law enforcement to the letter.

Three other mosques in and around Atlanta received a threatening email February 18. Its subject line was "YOUR ONE WARNING" and said, in part, "PLAN TO RUN OR DIE."

At Al-Farooq Masjid in Atlanta, Khalid Siddiq said the mosque informed the proper authorities and has not received additional threats. Members have been asked to be on the lookout for suspicious people.