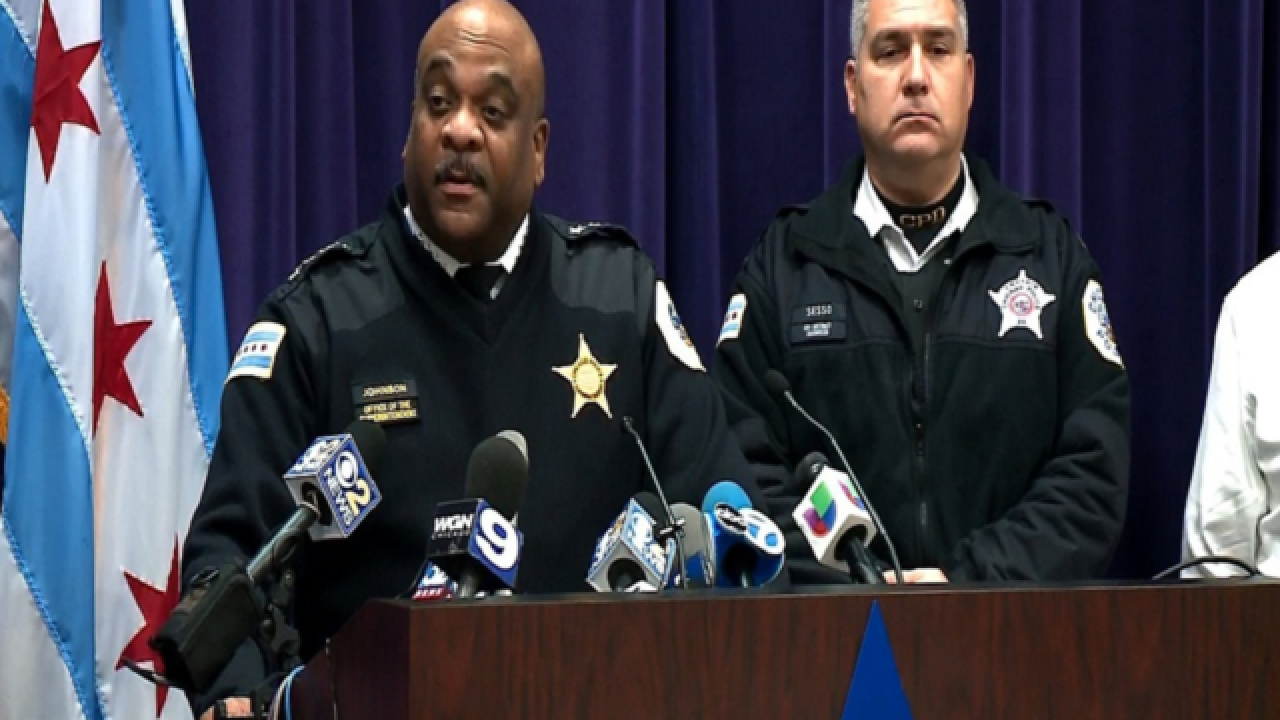 (CNN) -- A young woman who broadcast the beating and racial taunting of a man on Facebook Live has been arrested with three others in connection with the gruesome attack, Chicago police said Wednesday.

The disturbing 30-minute video shows a man tied up and his mouth covered, cowering in the corner of a room. His attackers laugh and shout "f*ck Donald Trump" and "f*ck white people" as they kick and punch him.

The video shows someone cutting into his scalp with a knife, leaving a visibly bald patch.

He was so traumatized that it took most of the night for him to calm down so he was able to talk to police, Capt. Steven Sesso said.

The suspects, two men and two women, all 18, are in custody awaiting formal charges, which are expected to be filed Thursday.

The victim knew at least one of his accused attackers from school, Cmdr. Kevin Duffin said. Though he may have voluntarily gotten into a van with the group, police are considering kidnapping charges.

Because the victim is white and the people in the video are black, police also are investigating whether hate crime charges are appropriate, Duffin said.

"That certainly will be part of whether or not ... we seek a hate crime, to determine whether or not this is sincere or just stupid ranting and raving."

It's possible the racially charged statements were little more than people "ranting about something they think might make a headline," Chicago police Superintendent Eddie Johnson said.

He said he did not believe the attack was politically motivated.

"It's sickening," he said. "It makes you wonder what would make individuals treat somebody like that."

Chicago police spokesman Anthony Guglielmi emphasized Thursday that the investigation has so far not revealed a racial or political motive.

The incident comes as Chicago draws intense scrutiny for a grim milestone: 762 homicides in 2016. Johnson commended the patrol officers for attending to the victim in distress and following the case through. "You hear the narrative that police are backing down and not doing their jobs; this is a perfect example of them doing their jobs," he said.

"We do not allow people to celebrate or glorify crimes on Facebook and have removed the original video for this reason. In many instances, though, when people share this type of content, they are doing so to condemn violence or raise awareness about it. In that case, the video would be allowed."

According to its community standards, the company removes content, disables accounts and works with law enforcement in cases of a genuine risk of physical harm or direct threats to public safety.

Facebook users also can report offensive material to staff dedicated to responding to such reports. If a live stream starts blowing up, staffers monitor it for possible violations and interrupt it if need be.

The victim's parents reported him missing Monday, telling police they had not heard from their son since dropping him off Saturday at a McDonald's in the Chicago suburb of Streamwood.

Police in Streamwood said that after the man was reported missing, his parents began getting text messages from someone "claiming to be holding him captive."

Officers investigating the texts "discovered a Facebook video depicting (the man) being verbally and physically abused." It's unclear what alerted the police to check Facebook.

Soon after they discovered the video, Streamwood investigators said they were contacted by Chicago police, saying they had found the missing man.

On Tuesday Chicago officers responded to a battery call at a residence in the area where the victim had been found. There were signs of a struggle and property damage, police said. Police have not identified the person who made the call.

After viewing the Facebook video, they determined the victim was the man found on the street -- and the people arrested were involved, police said.

Police said the victim might have been with the suspects for at least 24 hours.