Police: Suspect in custody after 2 officers were shot and killed in Palm Springs 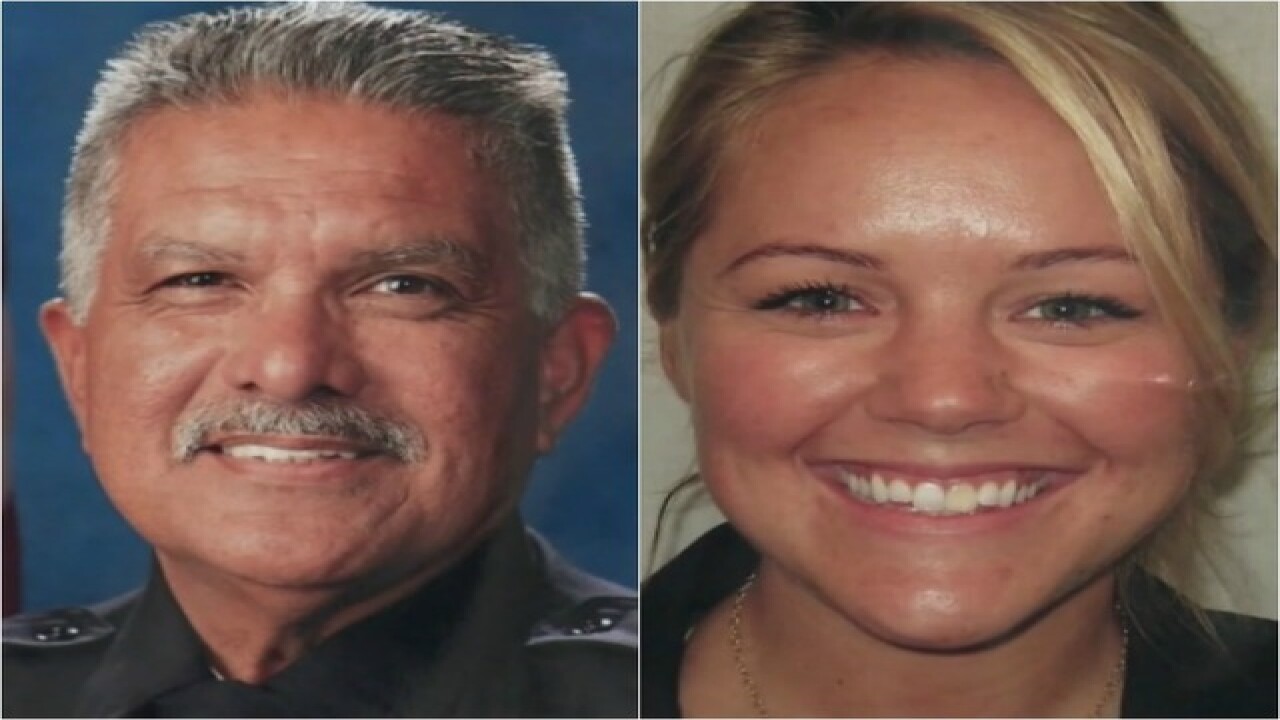 Two Palm Springs police officers trying to resolve a family dispute were shot to death Saturday when a man they had been speaking calmly with suddenly pulled out a gun and opened fire on them, the city's police chief told reporters.
A third officer was also shot and remains in the hospital.
The shooting suspect was taken into custody early Sunday morning according to officials.
"It was a simple family disturbance and he elected to open fire on the guardians of the city," police Chief Bryan Reyes, his voice breaking, told reporters.
The chief, near tears, identified the slain officers as Jose "Gil" Gilbert Vega and Lesley Zerebny. He did not disclose their ranks or other information and did not reveal the wounded officer's name.
Although he didn't identify the shooting suspect, he indicated police had had previous dealings with him.
Dozens of law enforcement officers converged on the normally quiet residential neighborhood in this high desert resort city after the shooting. They sealed off several blocks and evacuated some residents.
Police Sgt. William Hutchinson said officers were warning people already inside their homes in the neighborhood to stay there, lock their doors and not answer them until further notice.
Details on how that suspect was taken into custody have not been released.
Gerardo Barrera told The Desert Sun newspaper (http://desert.sn/2eeooxy ) he was working nearby when he heard gunshots. "I saw a person on the ground," he said. "Someone kept pumping her chest but she wasn't moving."
The shooting occurred just three days after a popular Los Angeles County sheriff's sergeant was shot and killed in the high desert town of Lancaster.
Sgt. Steve Owen was answering a burglary call when sheriff's officials say he was shot and wounded by a man who then stood over him and shot him four more times.
A paroled robber has been charged with murder.
Lancaster residents organized a candlelight memorial for Owen Saturday night.
Copyright 2016 Scripps Media, Inc. The Associated Press contributed to this report. All rights reserved. This material may not be published, broadcast, rewritten, or redistributed.