2016 on track for hottest year on record 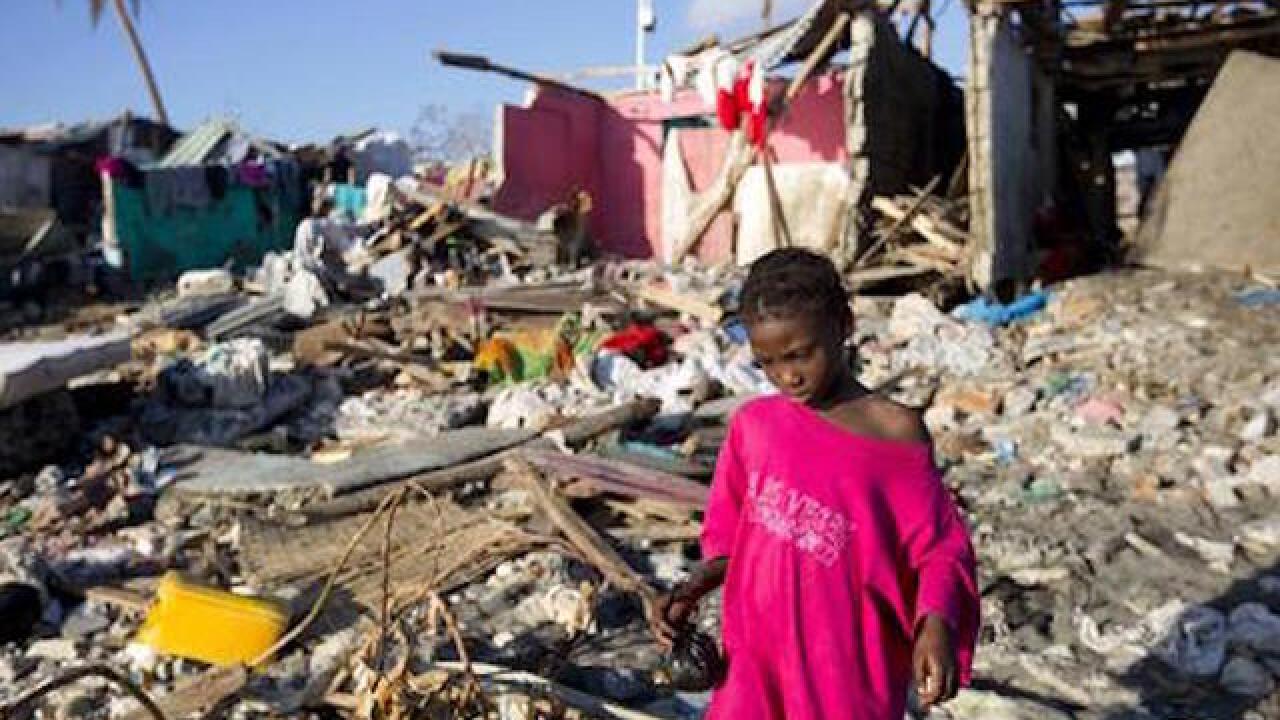 Copyright Associated Press
Dieu Nalio Chery
<p>A girl walks through the debris of houses after the Hurricane Matthew in Jeremie, Haiti. Wednesday Oct. 12, 2016. People throughout Haiti's devastated southwest peninsula were forming makeshift brigades and helping each other regain some semblance of their pre-hurricane lives as they grew increasingly angry about the delay in aid for remote communities more than a week after the Category 4 storm hit. (AP Photo/Dieu Nalio Chery)</p>

MARRAKECH, Morocco (AP) — Global temperatures are soaring toward a record high this year, the U.N. weather agency said Monday, while another report showed emissions of a key global warming gas have flattened out in the past three years.

The reports injected a mix of gloom and hope at U.N. climate talks in Marrakech this week.

"Another year. Another record. The high temperatures we saw in 2015 are set to be beaten in 2016," said Petteri Taalas, the head of the World Meteorological Organization.

That's getting close to the limit set by the global climate agreement adopted in Paris last year. It calls for limiting the temperature rise since the industrial revolution to 2 degrees C or even 1.5 degrees C.

WMO said 16 of the 17 hottest years have occurred this century. The only exception was 1998, which was also an El Nino year.

Taalas said parts of Arctic Russia saw temperatures soaring 6-7 degrees C above average. "We are used to measuring temperature records in fractions of a degree, and so this is different," he said.

Environmental groups and climate scientists said the report underscores the need to quickly reduce the emissions of carbon dioxide and other greenhouse gases blamed for warming the planet.

Another report released Monday delivered some positive news, showing global CO2 emissions have flattened out in the past three years. However, the authors of the study cautioned it's unclear whether the slowdown, mainly caused by declining coal use in China, is a permanent trend or a temporary blip.

"It is far too early to proclaim we have reached a peak," said co-author Glen Peters, a senior researcher at the Center for International Climate and Environmental Research in Oslo.

The study, published in the journal Earth System Science Data, says global CO2 emissions from fossil fuels and industry is projected to grow by just 0.2 percent this year.

That would mean emissions have leveled off at about 36 billion metric tons in the past three years even though the world economy has expanded, suggesting the historical bonds between economic gains and emissions growth may have been severed.

"This could be the turning point we have hoped for," said David Ray, a professor of carbon management at the University of Edinburgh, who was not involved with the study. "To tackle climate change those bonds must be broken and here we have the first signs that they are at least starting to loosen."

Chinese emissions were down 0.7 percent in 2015 and are projected to fall 0.5 percent in 2016, the researchers said, though noting that Chinese energy statistics have been plagued by inconsistencies.

Peters said it remains unclear whether the Chinese slowdown was due to a restructuring of the economy or a sign of economic instability, but the unexpected reduction in Chinese emissions "give us hope that the world's biggest emitter can deliver much more ambitious emission reductions."

China, which accounts for almost 30 percent of global carbon emissions, pledged to peak its emissions around 2030 as part of the global climate pact adopted in Paris last year. Many analysts say China's peak is likely to come much earlier — and may already have occurred.

"The continued decline of China's CO2 emissions, combined with knowledge of structural change in the energy system, does indicate that CO2 emissions from China may have peaked, however a few more years of data is needed to confirm this," said Bill Hare, of Climate Analytics, a separate group that monitors global emissions.

Even if China's emissions have stabilized, growth in India and other developing countries could push global emissions higher again. India's emissions rose 5 percent in 2015, the study said.

The election of Donald Trump as president of the United States — the world's No. 2 carbon polluter — could also have an impact.

U.S. emissions fell 2.6 percent last year and are projected to drop 1.7 percent this year, as natural gas and renewables displace coal in power generation, the study showed. But it's unclear whether those reductions will continue under Trump, who has pledged to roll back the Obama administration's environmental policies, including the Clean Power Plan to reduce carbon pollution from power plants.

Other researchers not affiliated with the study stressed that it's not enough for global emissions to stabilize; they need to drop toward zero for the world to meet the goals of the Paris deal.

"Worryingly, the reductions pledged by the nations under the Paris Agreement are not sufficient to achieve this," said climate scientist Chris Rapley of University College London.