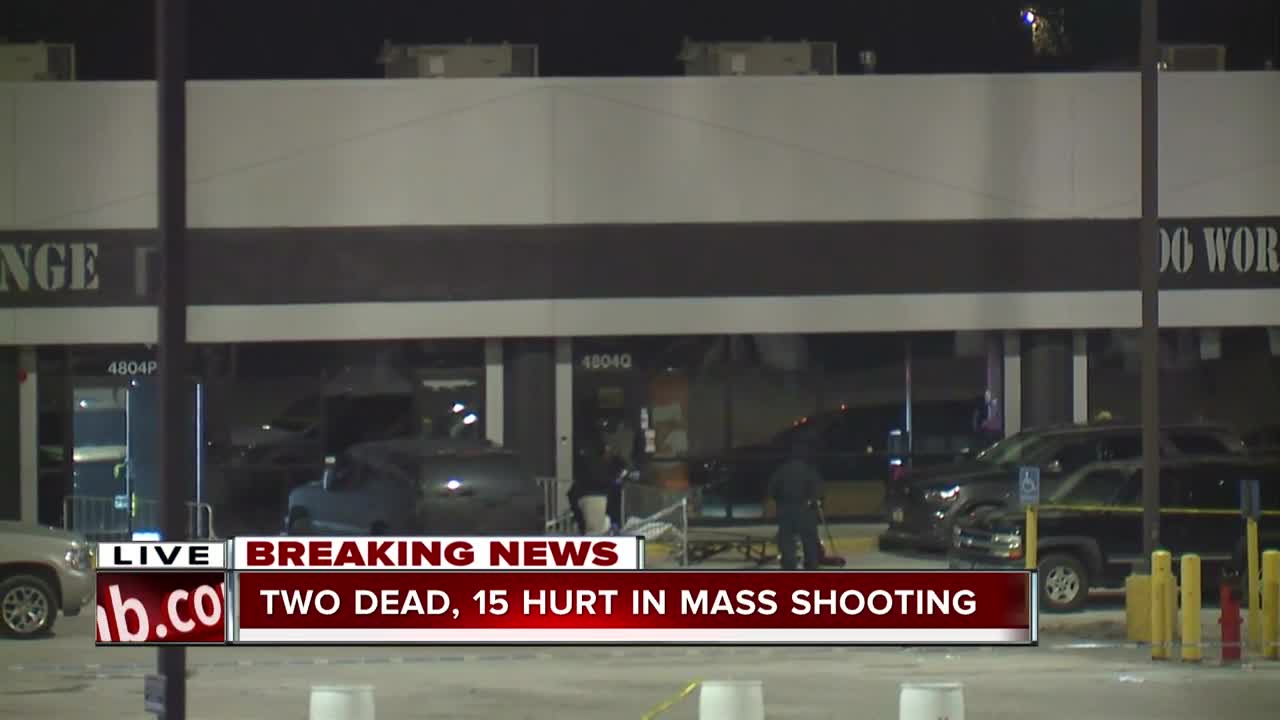 Two people were killed and 15 people were injured in a mass shooting outside a Kansas City, Missouri, nightclub. 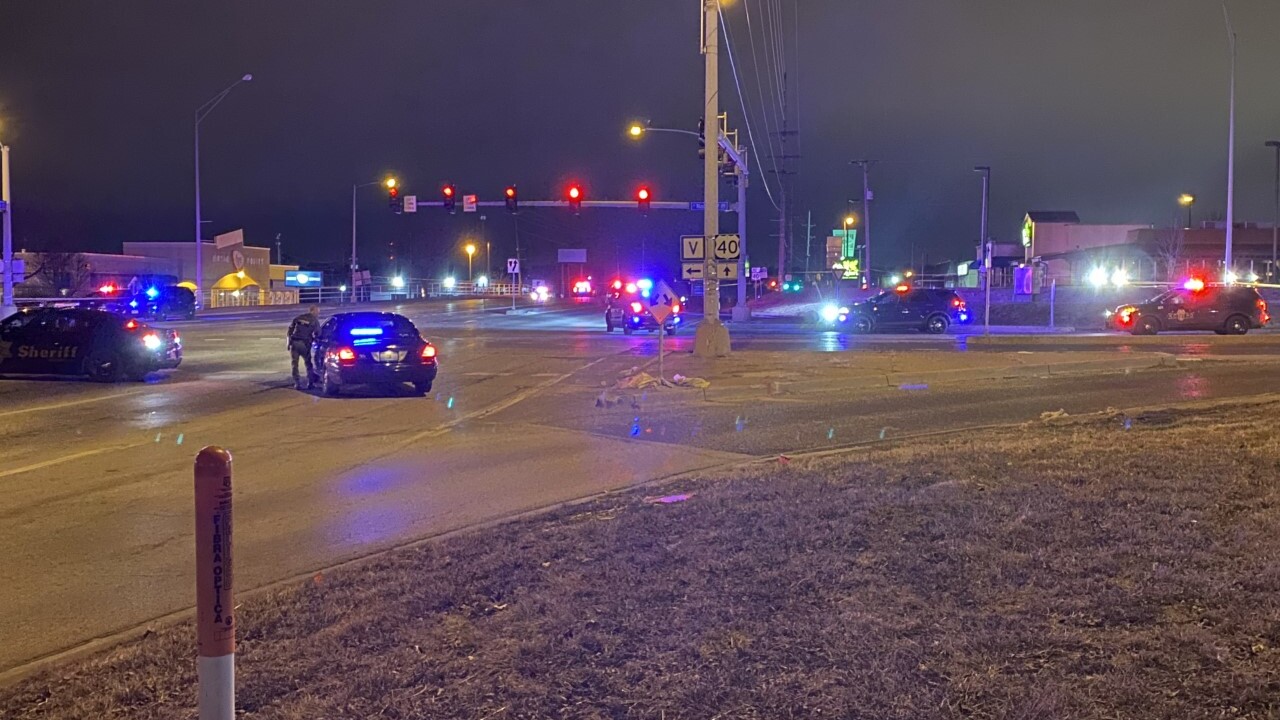 KANSAS CITY, Mo. -- Two people were killed and at least 15 others were injured in a shooting outside a nightclub in Kansas City.

Police responded to the 9ine Ultra Lounge near U.S. 40 and South Noland Road around 11:30 p.m. Sunday.

Officers said the suspect began firing at people standing in line outside the nightclub. According to a Facebook post, the club was hosting a sold-out celebration party after the Kansas City Chiefs won the AFC Championship.

KCPD said on Twitter that officers found a deceased man and a deceased woman at the scene. Police believe the dead man was the shooter and the only suspect.

At least 15 victims showed up at area hospitals after the shooting, according to police. On Monday morning, three of the victims were reportedly in critical condition. Centerpoint Medical Center confirmed it was treating two patients in critical condition, as well as two patients in serious condition and one in fair condition. One victim had been treated and released, according to the hospital.

Officers said an armed security guard, who works at the club, shot and killed the suspect.

Shooting outside nightclub wounds 15 people, 3 are in critical condition at area hospitals.

One woman was killed at the scene.

An armed security guard shot and killed the alleged gunman.

BREAKING: @kcpolice & @CityOfIndepMO police on scene of a shooting at a nightclub on Highway 40 off South Noland Road. @41actionnews pic.twitter.com/uLgzLtgfLM

Business filings show that the club is owned by former Chiefs player Alphonso Hodge, who played for the Chiefs from 2005-2006 as a cornerback.

KCPD Capt. David Jackson told 41 Action News that police were investigating what may have led to the shooting and what type of firearm was used.

Following the shooting, leaders expressed frustration about violent crime in Kansas City, which saw 148 homicides in 2019, and said it was a sad end to an otherwise celebratory day for the city.

"It just puts such a tragic end to such a wonderful day in Kansas City," Jackson County Prosecutor Jean Peters Baker said. "It's hard to stand here and talk about this kind of tragedy on really one of the best days Kansas City has had in a long time."

Mayor Quinton Lucas said Monday morning that gun violence requires area agencies to work together to come up with a solution.

"If we don't keep fighting, if we don't think we can make some sort of change, we will see moments like this time and time again, even on days that should be euphoric here in Kansas City," Lucas said.

Police spoke to several witnesses at the club but want to speak with others who may have ran from the gunfire. Anyone with information should call the KCPD Homicide Unit at 816-234-5043 or the TIPS Hotline at 816-474-8477 (TIPS).

WATCH POLICE PROVIDE AN UPDATE OVER THE SHOOTING BELOW:

This story was originally published by staff at KSHB.