Rosenstein to go before Congress over allegations he considered recording Trump 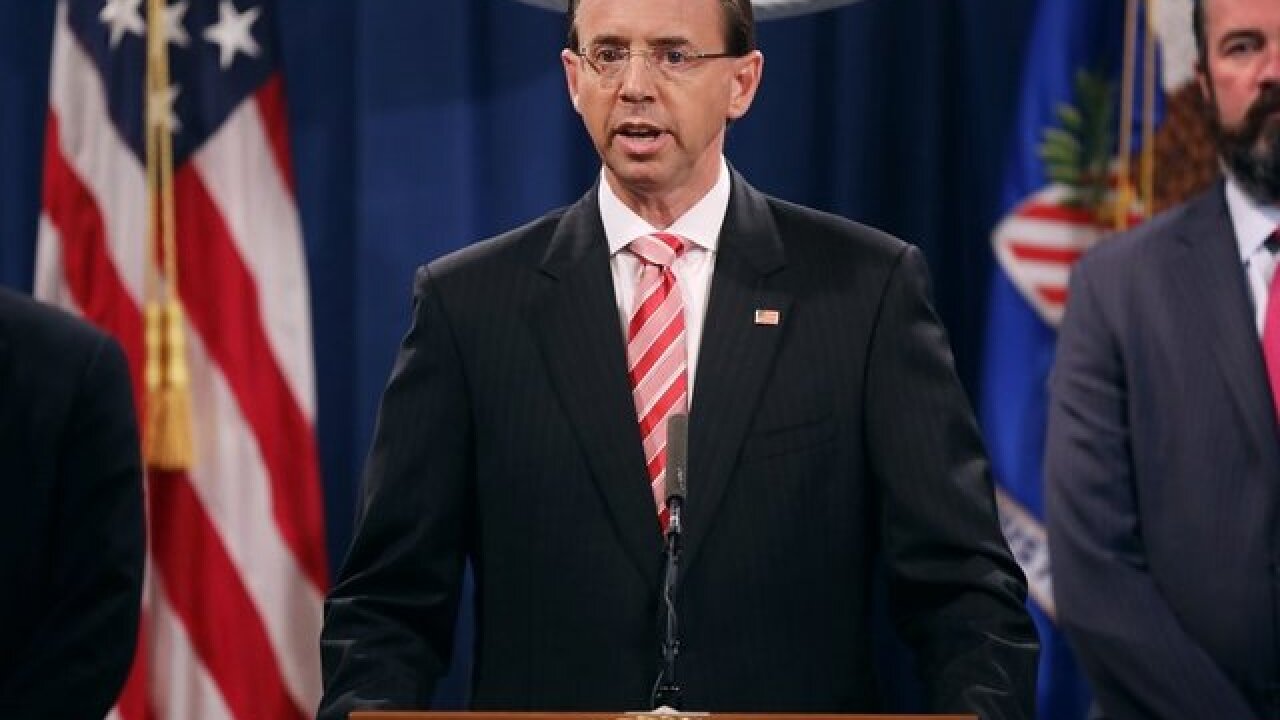 Republicans in the House of Representatives will call U.S. Deputy Attorney General Rod Rosenstein back to Capitol Hill on allegations he considered recording President Donald Trump, the Washington Post reports.

Republicans will subpoena him if he doesn't show.

“Leadership has agreed to call Rod J. Rosenstein before Congress . . . so he can explain his alleged comment on ‘wiring’ POTUS — as well as other inconsistent statements,” Meadows tweeted about President Trump. “If Mr. Rosenstein fails to show up, we will subpoena him.”