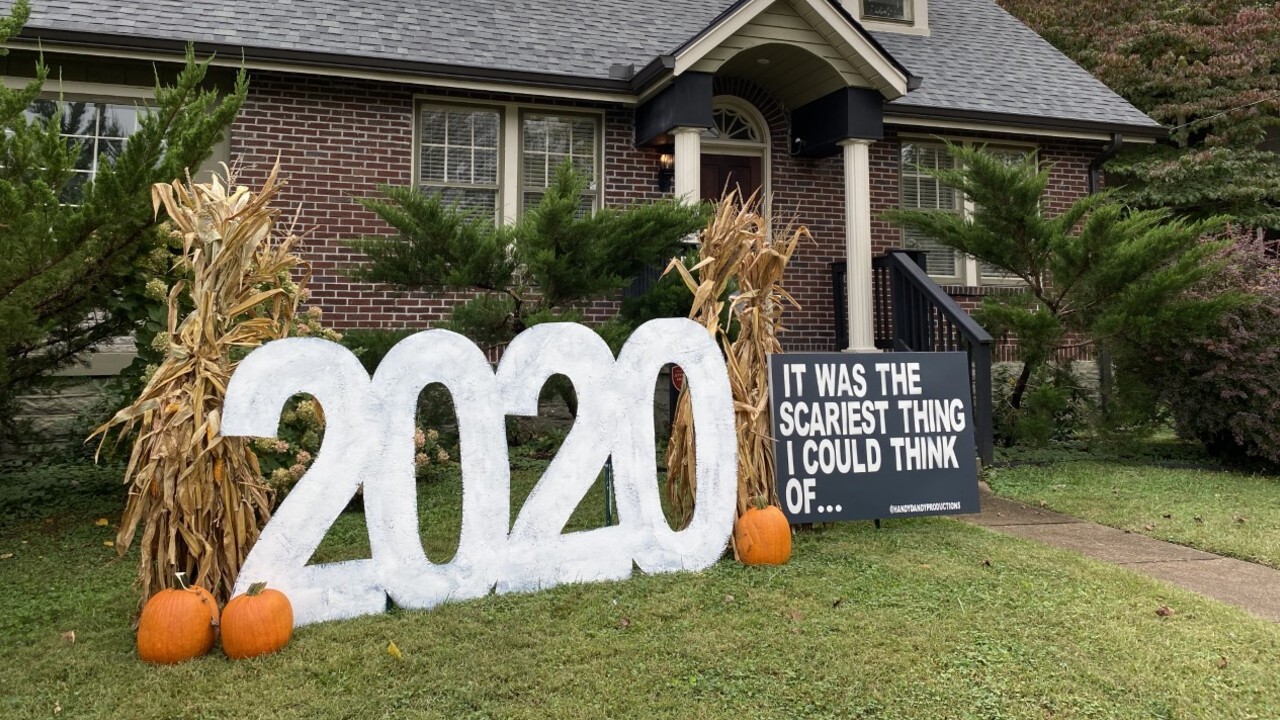 Forget ghosts, goblins and ghouls, the scariest thing about this year's Halloween is the year itself.

That's how a Nashville homeowner came up with the most perfect decorations for Halloween in 2020.

While the pandemic has caused misery for most of the planet, James Worsham's year has, incredibly, been even worse.

Back in March, Worsham lost his Nashville art studio to a tornado, which meant his business was shuttered for four months. When he was able to return, the hotels and restaurants that employed Worsham for art installations no longer needed his services. And the television shows James previously hosted all had the plug pulled.

So when it came to this year's Halloween decorations for his home, Worsham simply put up the numbers 2020 because, as it says on a sign, "It was the scariest thing I could think of."

Worsham said the idea seemed obvious, but if so, he's the one getting the kudos.