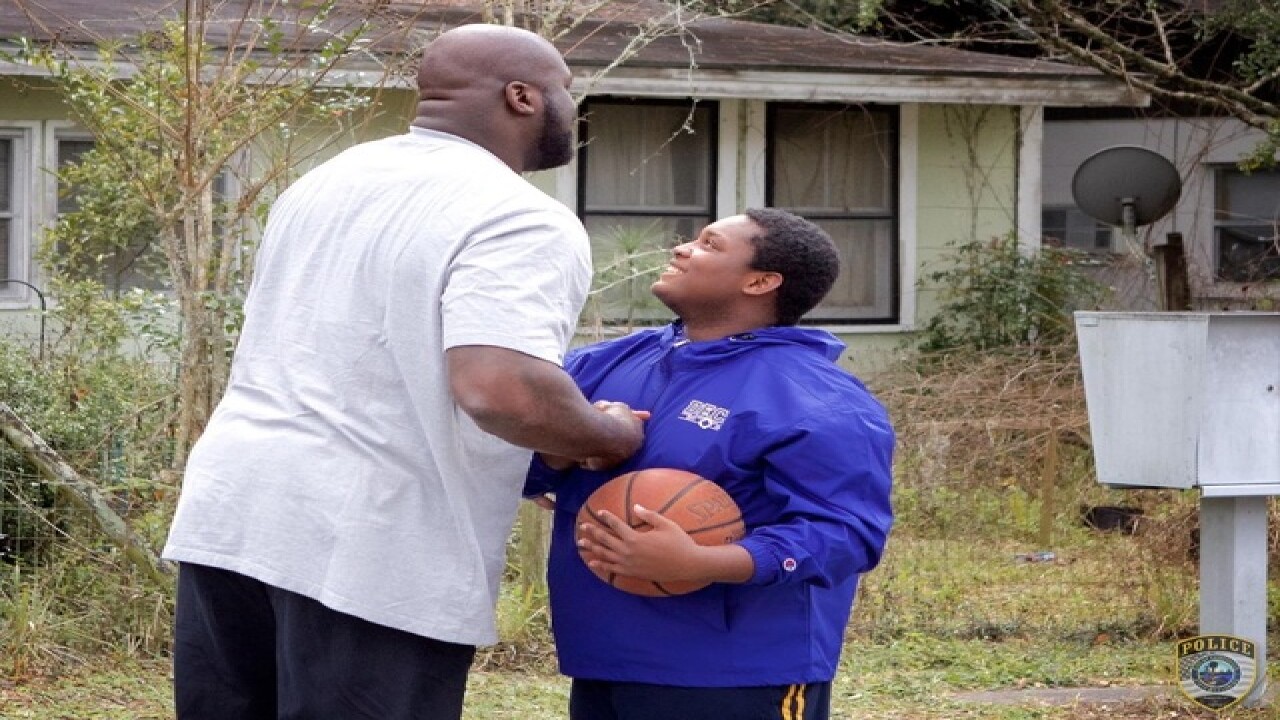 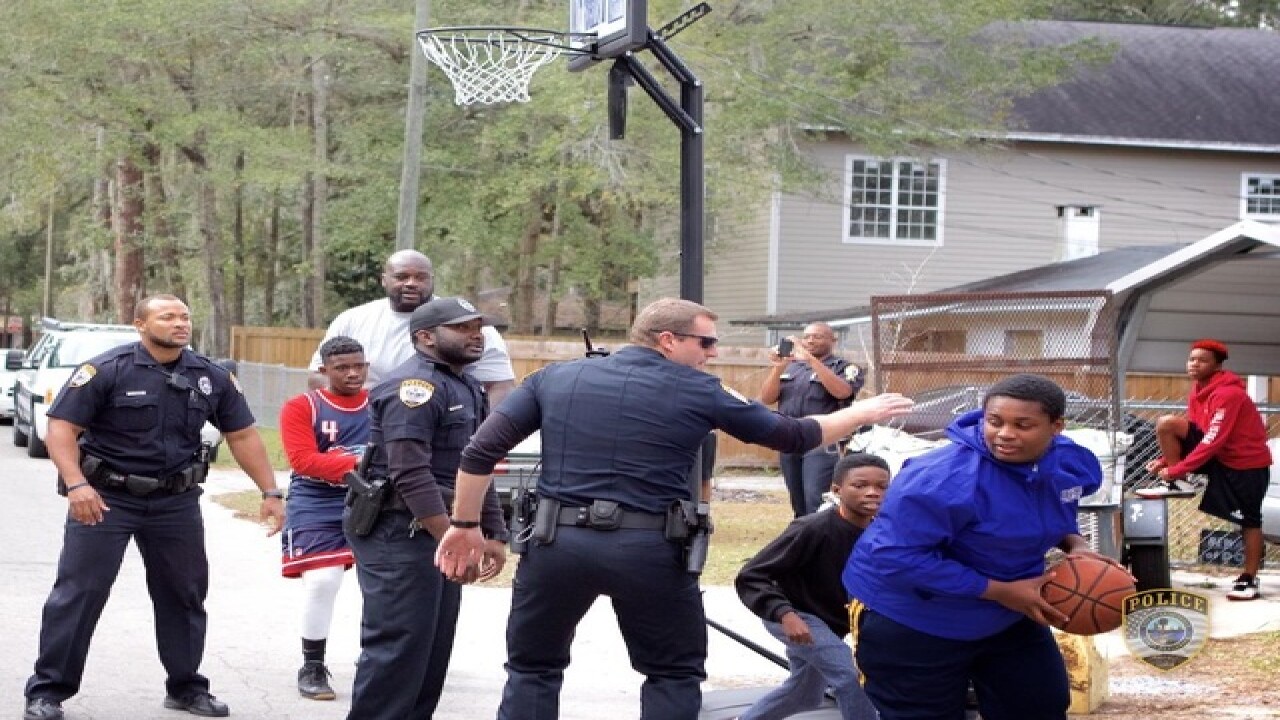 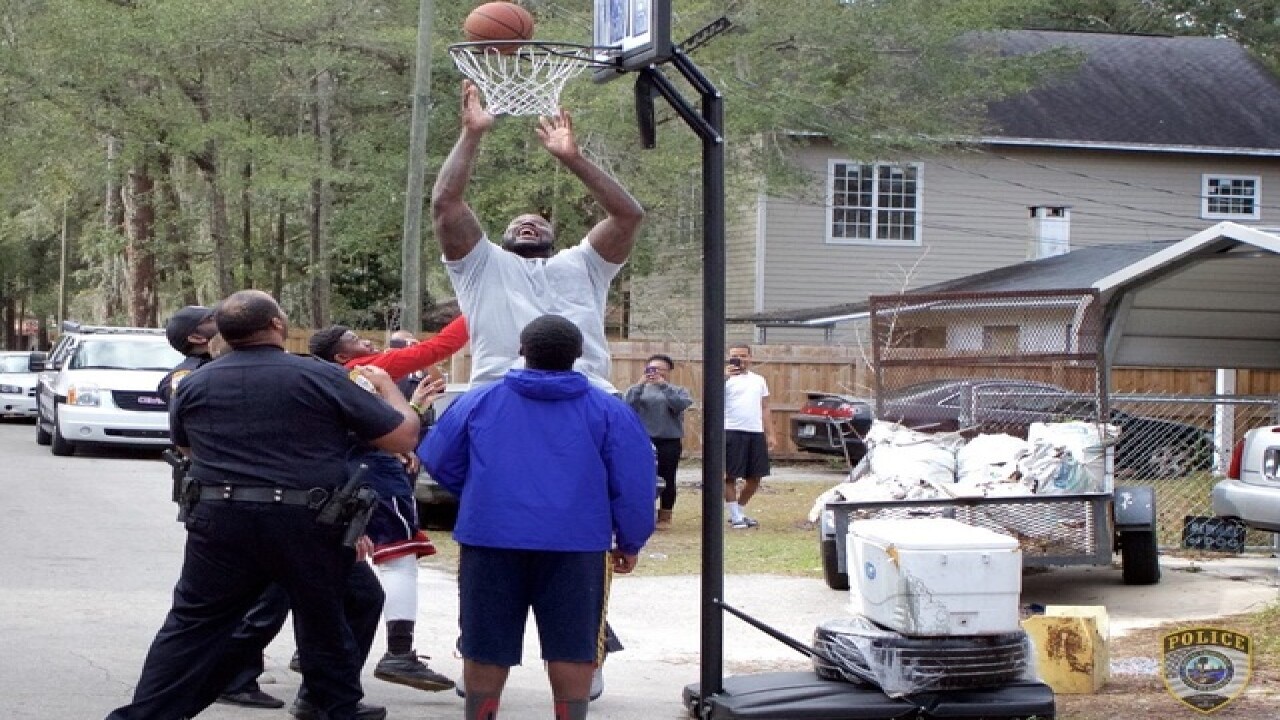 A group of children received a big surprise after a neighborhood game of basketball got a little "too loud." That surprise is 7 feet 1 inch tall.

In one Florida community, someone called police on a group of children who were playing in the streets. It was 5 p.m.

Police, via their Facebook page, said the children were "having fun" and "not committing crimes."

Officer White was recently dispatched to a call of kids playing basketball "loudly" in the streets. In the evening. Having fun. Not committing crimes. Let's see how he handled it.

An officer from the Gainesville Police Department decided to shoot some hoops with the children instead of reprimanding them.

The video uploaded by the department said Officer Bobby White was "going to let kids be kids."

But a rematch was planned as White made a promise with the children to come back and play with them.

Shaquille O'Neal surprised the children and played a game of basketball with them along with White.