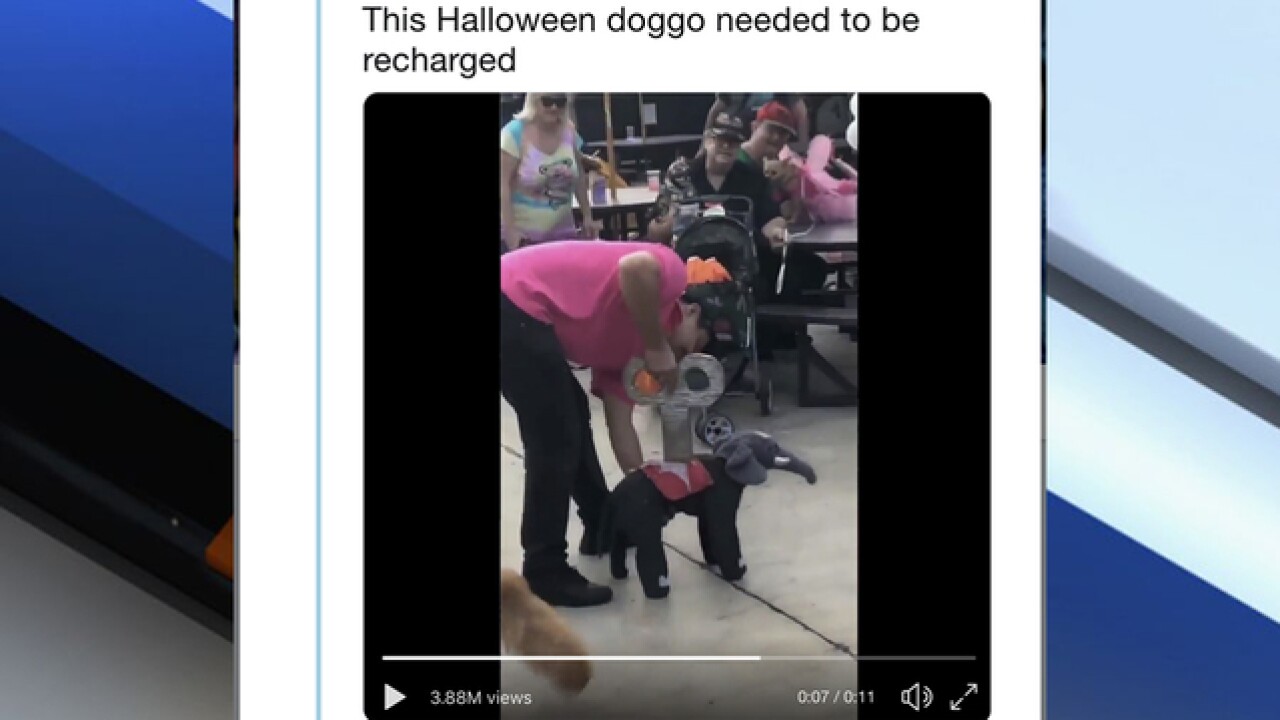 Copyright 2018 Scripps Media, Inc. All rights reserved. This material may not be published, broadcast, rewritten, or redistributed.
<p>@logan_harrell, Twitter</p>

A tweet is going viral for its cute video of a dog that's dedicated to its costume.

The brief clip shows what appears to be a little dog in an elephant costume playing dead, pretending to need to be wound up like a toy.

A man then 'winds up' the dog and the pup bounds away, seemingly full of energy again.

The tweet was posted on Sunday. As of Monday afternoon, the video was viewed almost 4 million times.

The adorable clip is a must-see. Watch the video in the tweet below.

This Halloween doggo needed to be recharged pic.twitter.com/0ptH6OP1Bq