ABC15's 'Molly the Flying Dog' passes away, to be put with chopper pilot Craig Smith 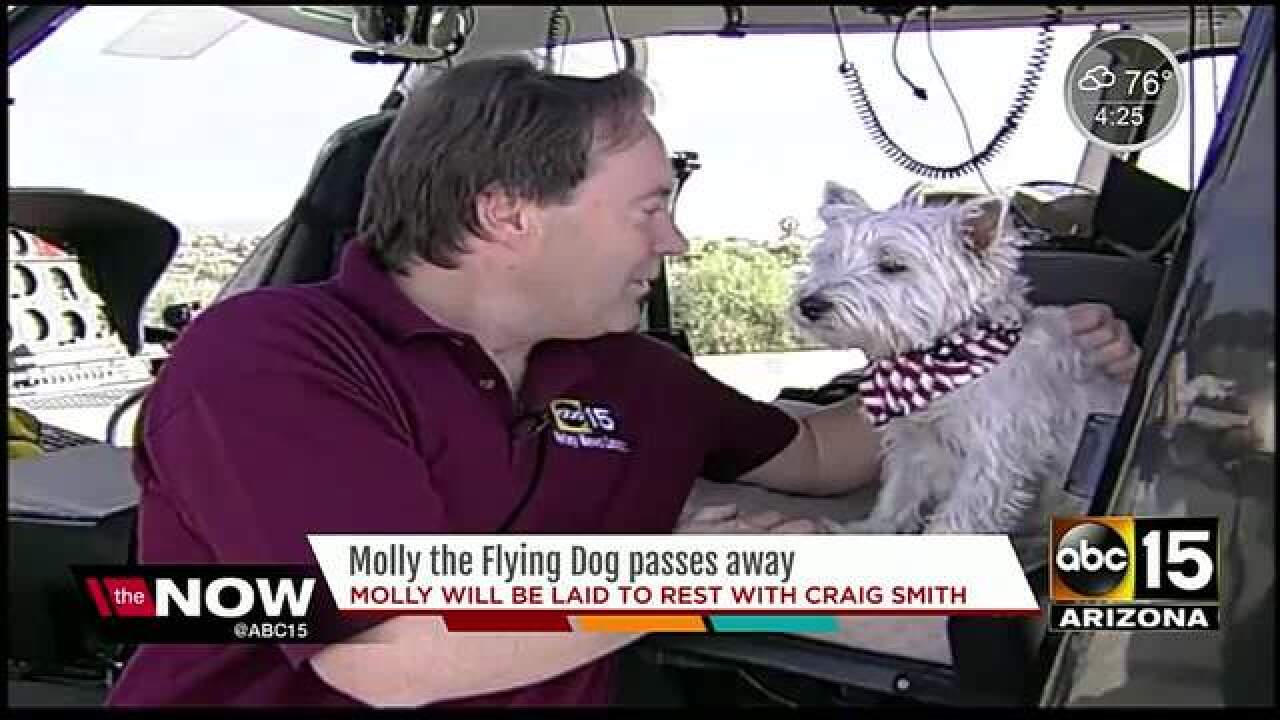 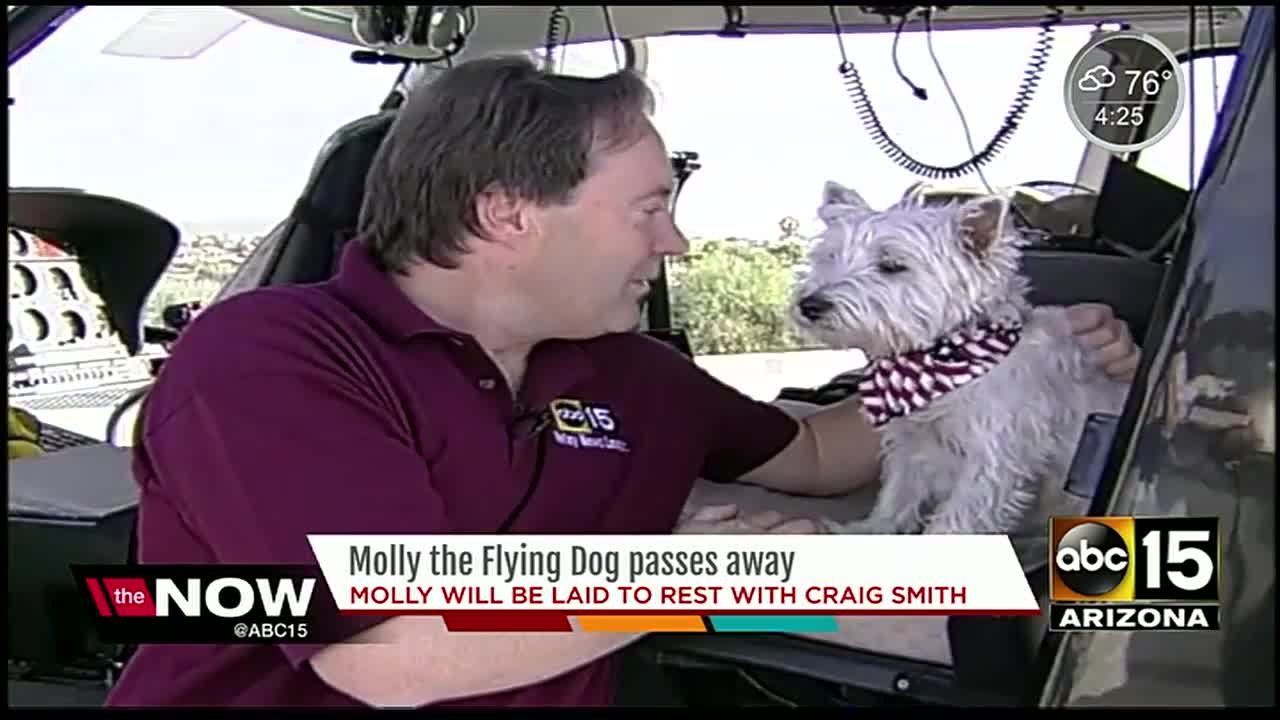 In 2007, ABC15 and 3TV lost four of our colleagues on the job, when our helicopters collided with one another over the Phoenix skyline. One survivor who was not aboard that day was viewer favorite, "Molly the Flying Dog".

Molly belonged to pilot Craig Smith, who brought the pup in the chopper on countless newsgathering assignments. Craig and photojournalist Rick Krolak, along with 3TV's Scott Bowerbank and Jim Cox, were killed when the helicopters crashed while covering a police chase.

Last week, ABC15's Katie Raml checked in on Molly, who had just hit 15 years old and had developed a tumor, becoming terminally ill.

After a long and happy life with Craig's parents, Molly passed away Tuesday morning.

Craig's parents tell us Molly will be cremated and put with Craig.