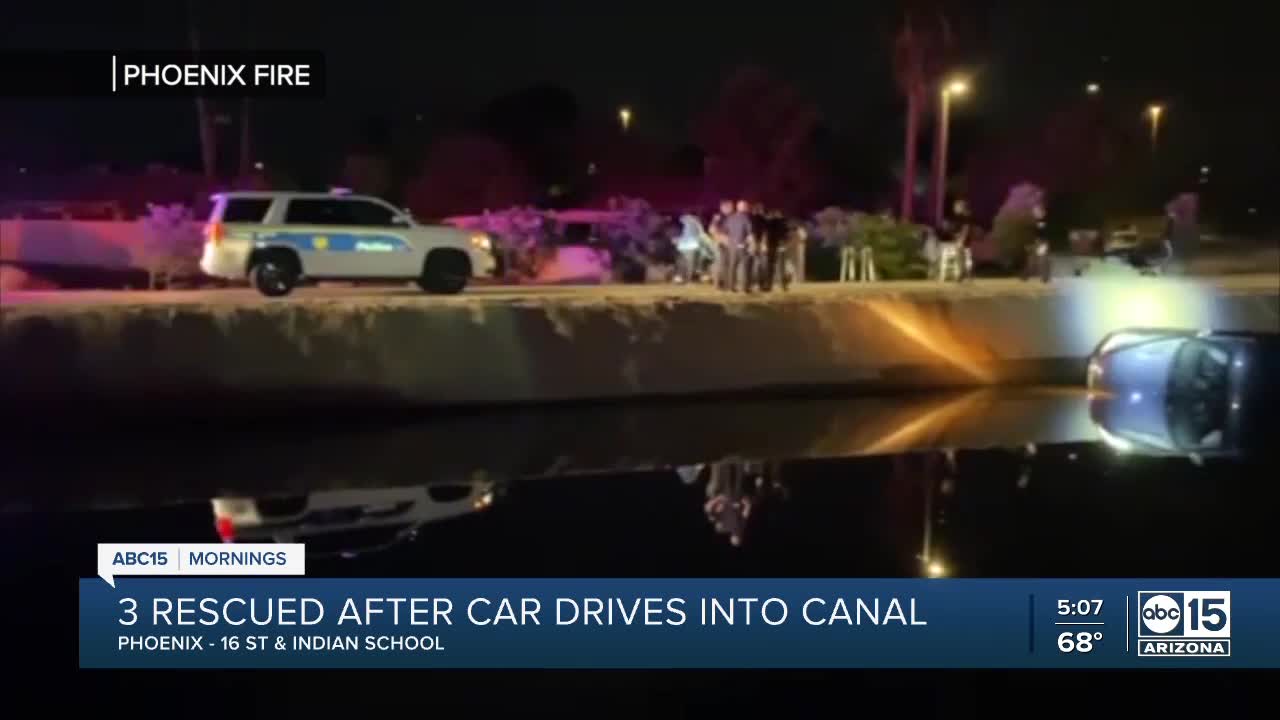 Three people are safe after a vehicle crashed into a Phoenix canal near 16th Street and Indian School. 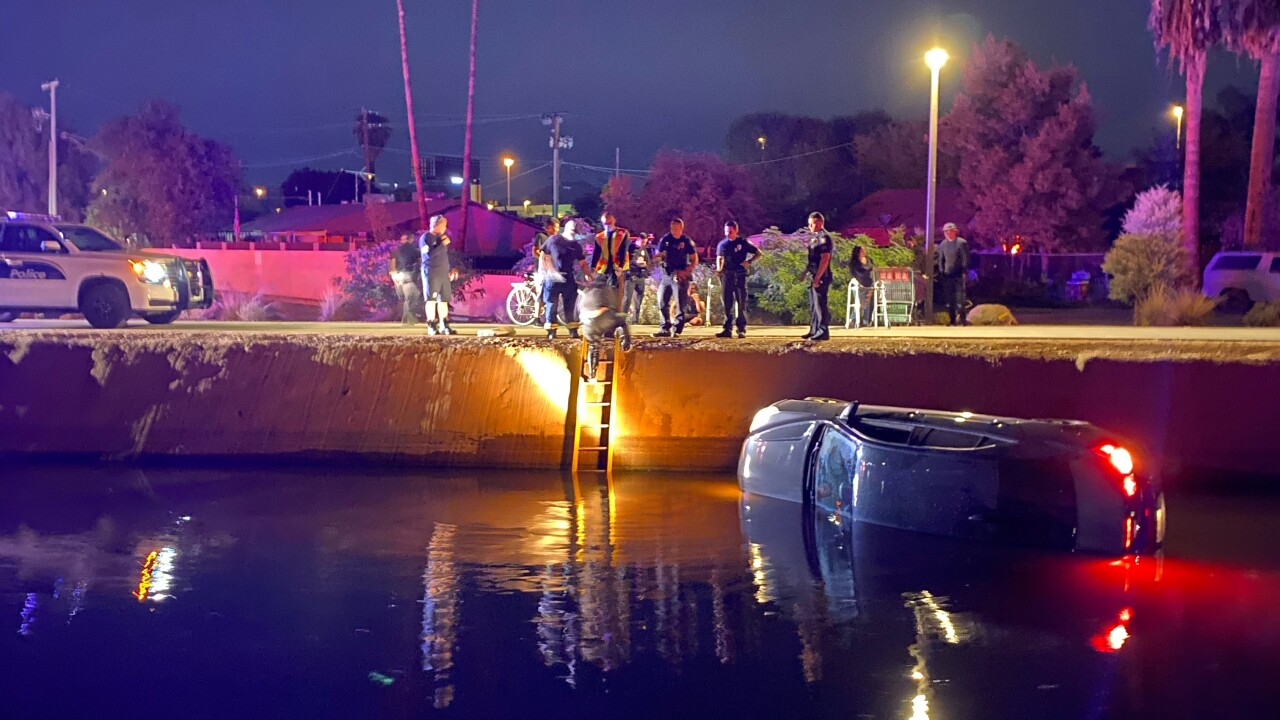 PHOENIX — Three people have been rescued after a vehicle went into a canal Sunday morning.

Crews with the Phoenix Fire Department were called to the area of 16th Street and Indian School for reports of a water rescue.

When they arrived they found a car overturned in the shallow water.

Three people were trapped inside. Crews were able to use a 14-foot ladder to get the people out of the water. Once they were on dry land they were evaluated by paramedics and did not need to be taken to a hospital.