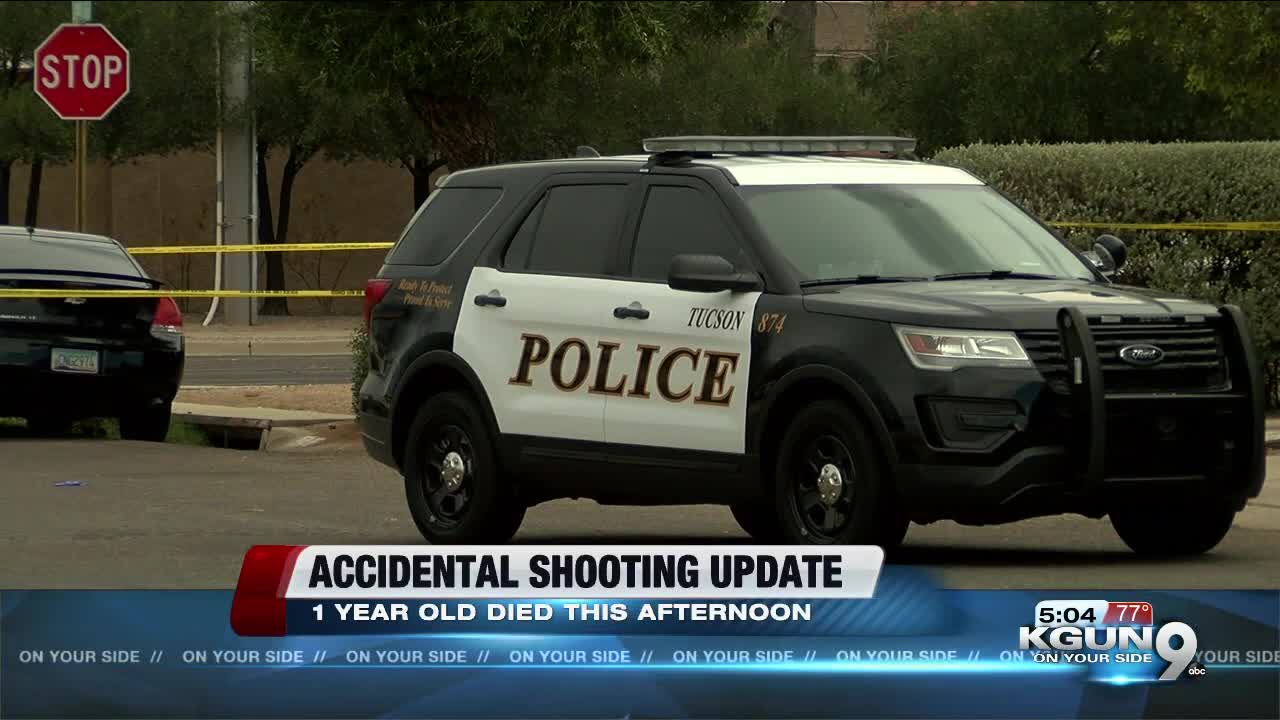 Police say no one has been arrested in the case and the county attorney will ultimately decide whether to charge anyone in the case.

TUCSON, AZ — Police in Tucson say a 1-year-old girl who was accidentally shot by a toddler at a house has died.

They say the toddler somehow got hold of a gun and fired it Tuesday afternoon.

The baby girl was found wounded inside the home and was rushed to a Tucson hospital, but later died.

Police say the circumstances still are being investigated, but the shooting has been deemed accidental.

Authorities have yet to release the name of the girl who died or the age and gender of the toddler. It also remained unclear Wednesday if the baby girl and the toddler are members of the same family.