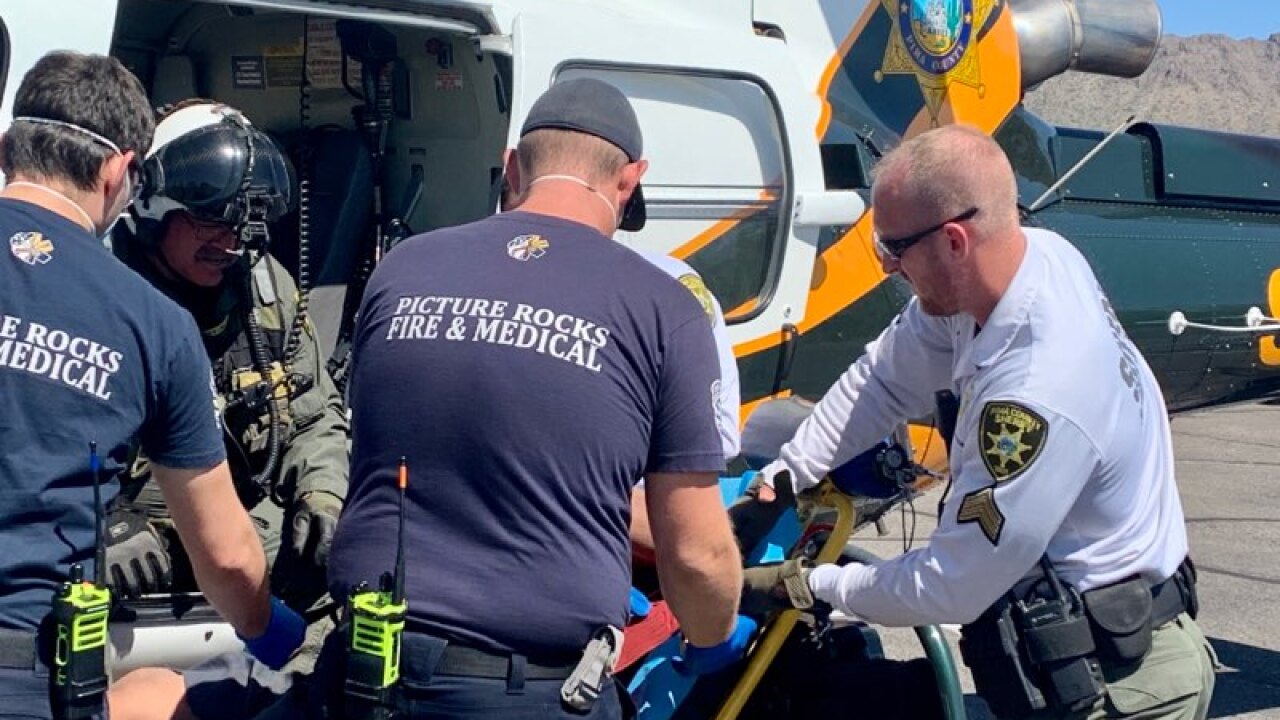 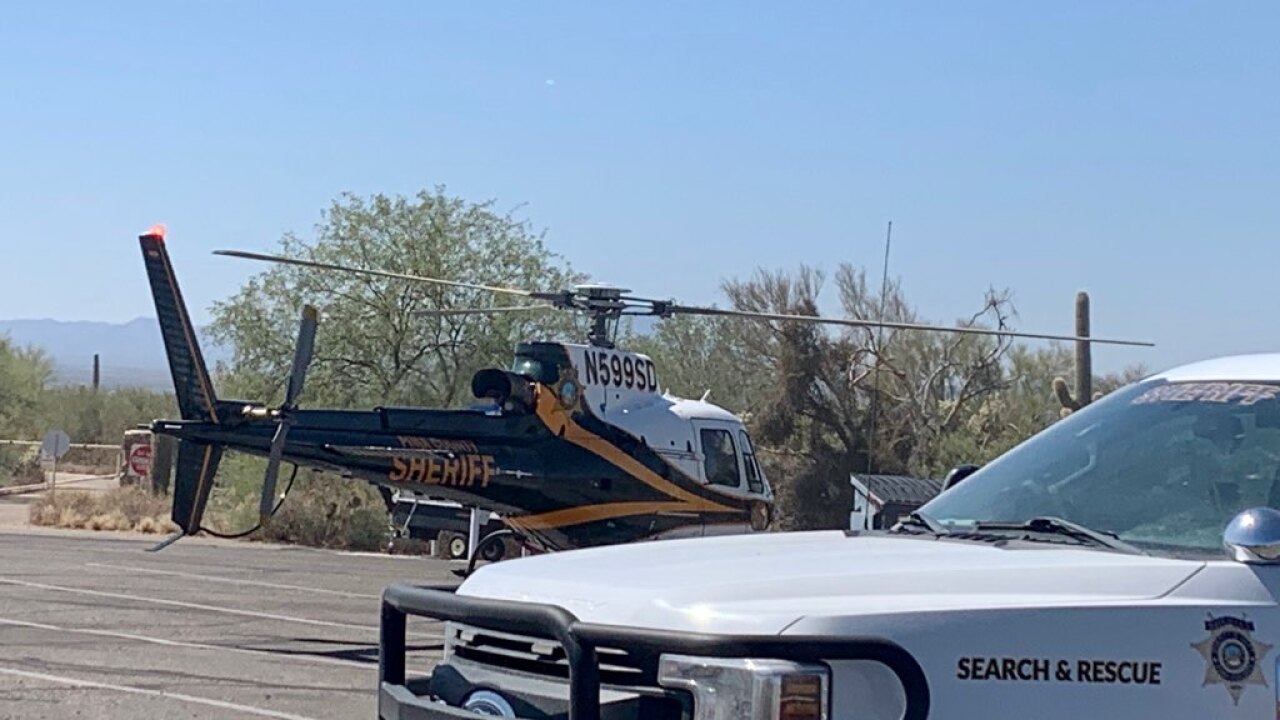 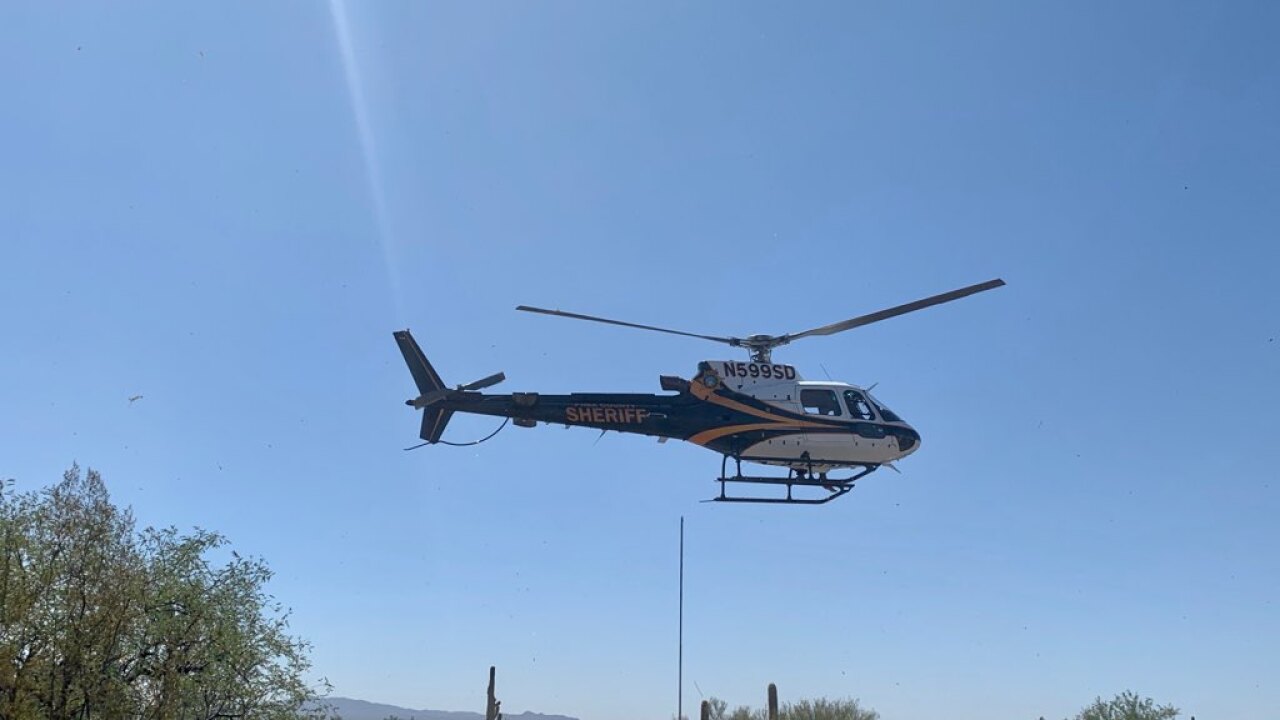 A man was rescued in the Tucson Mountains Sunday morning after he had been missing for nearly two days, the Pima County Sheriff's Department says.

It started on Saturday evening, when a 28-year-old woman told deputies that she and her fiance, a 25-year-old man, had gotten lost in Tucson Mountain Park after hiking up a wash in the Gates Pass area.

The next evening, at around 7 p.m., the woman showed up at a home on the 9700 block of West Calle Anasazi -- on the west side of the mountains -- asking for help. She told responding PCSD deputies that her fiance was barefoot and stopped walking, while she continued on to look for help.

PCSD says they began a coordinated search of the area, involving air units from the Department of Public Safety, volunteers from the Southern Arizona Rescue Association and the National Park Service. Ultimately, it was the sheriff department's helicopter that spotted the man at around 11:30 a.m. Monday.

Crews took the man to a hospital for treatment. PCSD didn't describe his current condition.