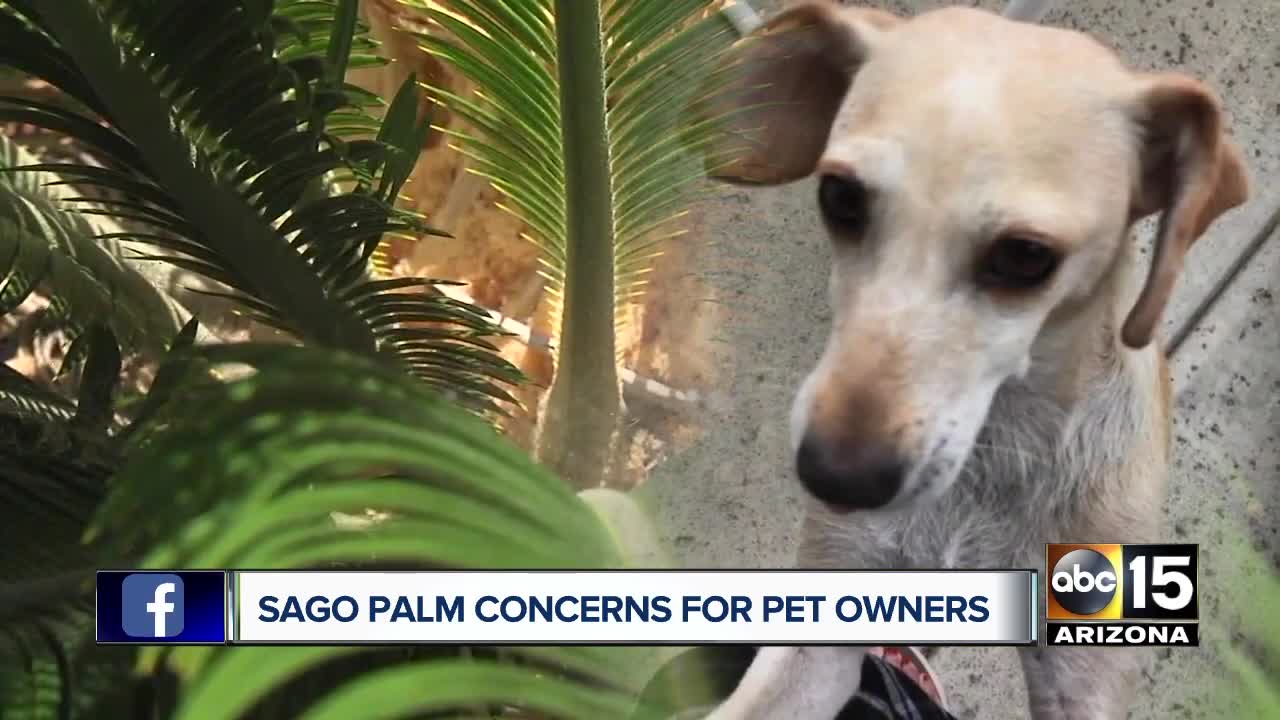 The popular plant can be deadly for your pets.

Pet owners are warning people about the about the dangers of the Sago Palm after two dogs on the same street passed away from sago poisoning.

Ronnie Steinau says her dog, Luna, died within 24 hours of eating some seeds from a Sago Palm.

"She was the happiest, tail wagging, loved everyone and 'she's the kind of dog that everyone loved because she was so sweet," Steinau says. "We had her for about a year. We miss her."

After posting about Luna on social media groups, Steinau learned a neighbor had a similar experience.

"We had no idea there was something so deadly all around us," says Alissa Dalaut.

Dalaut says her dog Saber ate some sago palm seeds in December and died a few days afterward, despite aggressive treatment from her vet.

"We felt horrible, and we wished we would have known how toxic and how fatal and how dangerous these plants are," says Dalaut.

According to PetMD.com, the sago palm contains a toxin called Cycasin. It can cause severe liver damage.

Other symptoms of sago poisoning include:

The toxin is found in the sago roots, seeds and leaves. Veterinarians say you should seek medical attention immediately if you suspect your pet has eaten it. Children can also get sick from eating it.

Dalaut had 12 sago palms in her house. She has since had them all removed. Steinau also had a sago palm removed from her backyard and has plans to cut down another on her porch.

Now the two women are warning others of the dangers in their neighborhood.

"If you have them in your yard and you have children or pets, you're asking for trouble," says Steinau.

Steinau would also like nurseries to do a better job of telling people about the dangers associated with sago palms and other trees when they're sold.

She'd like to see a warning label put on all plants that could be harmful.