Children missing from state custody: Who's looking for them? 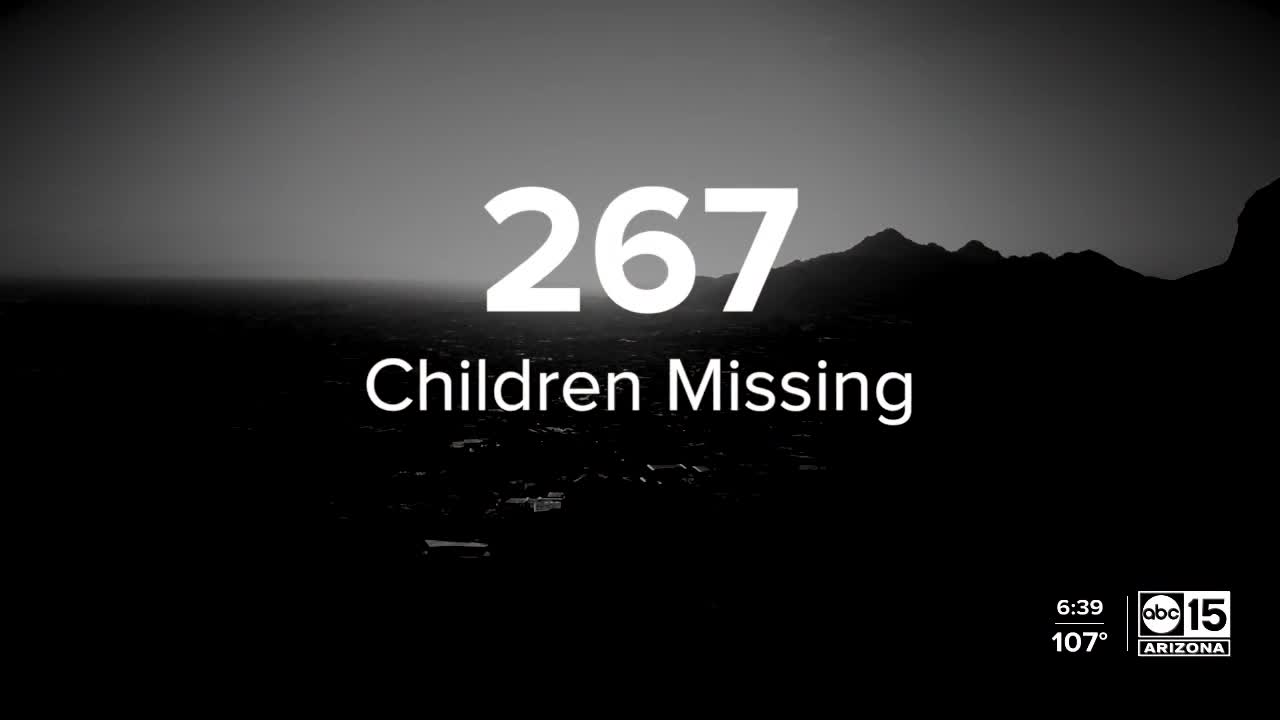 267 children in DCS system are currently listed as missing in Arizona.

PHOENIX — The death of a 16-year-old Valley teen has her family asking about who is looking for the hundreds of children listed as missing by the Arizona Department of Child Safety or DCS.

Anaiah Walker was found dead along I-10 in Buckeye in May. That was five months after she was reported missing by DCS.

"I feel that her death could have been prevented," said Nackiya Stewart, Anaiah's older sister.

Stewart believed the agency charged to protect her sister had failed her. She later learned after Anaiah had been reported missing that Anaiah had been arrested by an agency in California, and used a fake name. The agency subsequently released her without verifying her identity.

"If they had bothered to check her identity, they would have learned her real name, and realized she was a juvenile listed as missing from the State of Arizona, and maybe we could have had her home then," said Stewart.

Buckeye Police, the agency investigating Anaiah's death says injuries sustained by the teen indicate she was hit by a car and left to die on the road.

"They found a decomposing body that had been there for a couple days in a ditch kind of area. She had no shoes, no phone, no purse," said Stewart.

Now the victim's family wants to know what efforts local and state agencies really made to try to find Anaiah. ABC15 reached out to the Department of Child Safety. A spokesman said they could not comment on individual cases, so we asked them to walk us through the protocol in place for when a child is reported missing. ABC15 also asked how many children are missing from state custody in Arizona?

A spokesman said as of June 2020, 267 children were listed as missing. These are children who ran away from a group home or DCS approved foster home.

ABC15 asked DCS officials who was out there looking for these children?

A spokesman stated when a juvenile was reported as missing, the agency would immediately notify local law enforcement authorities, the courts, and the National Center for Missing and Exploited Children.

DCS officials also stated they followed up on tips given to them by family members or friends and have a weekly administrative review process for each child, to monitor what efforts had been made to locate them.

Anaiah's family felt that was not enough, saying they knew local law enforcement officials were too busy to look for juveniles listed as missing. This was forcing families to have to play the role of detective themselves.

Anaiah's family is offering a $10,000 reward to anyone who can provide information that will lead to the arrest of the person responsible for her death.

Buckeye police detectives are actively investigating this case. Those with any information are urged to contact Buckeye police immediately.