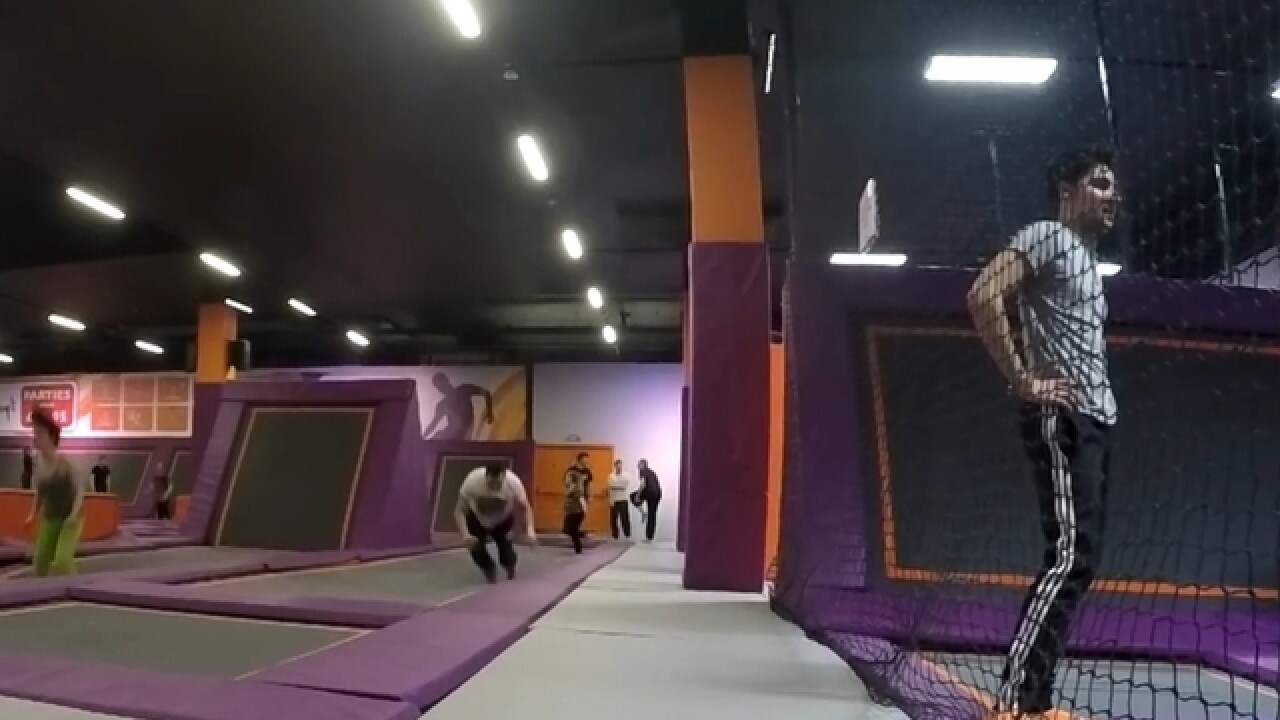 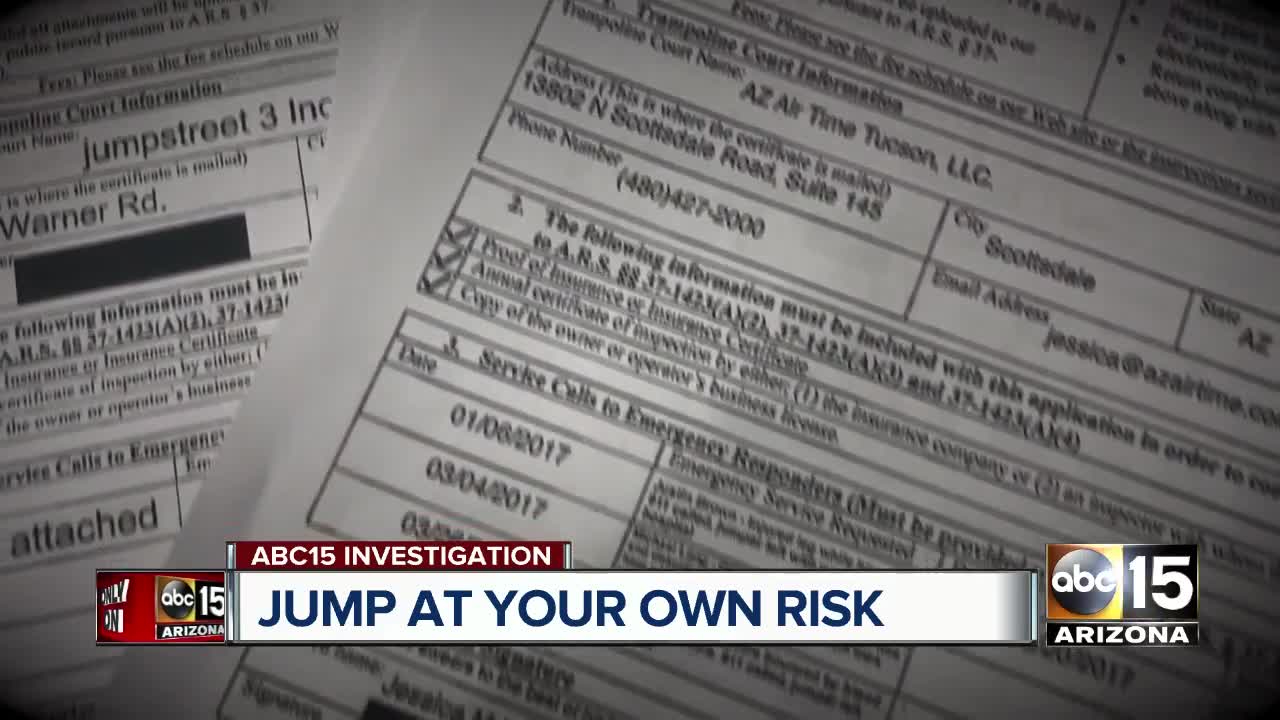 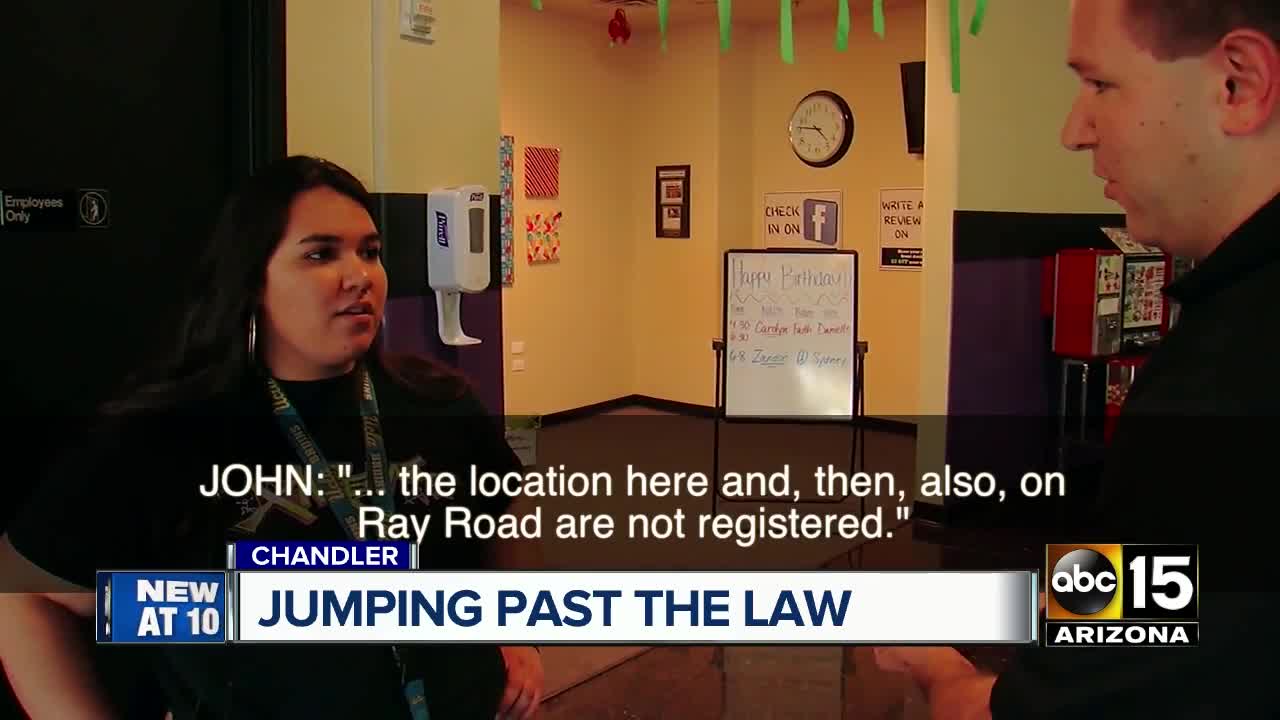 Four years after a law was passed to make trampoline parks safer, the Valley mother behind the effort is concerned little has changed.

In 2012, Kerley's son, Ty Thomasson, was killed after flipping into a foam pit at a Phoenix trampoline park that was only three feet deep. In the years that followed, Kerley worked with lawmakers to pass HB 2179, known as "Ty's Law," making Arizona the first state to regulate indoor trampoline parks.

"This is just one of many, many, many injuries that happen at these [parks]," Kerley said.

ABC15 pulled registration and injury reports for trampoline parks. Since the law went into effect, parks have reported dozens of injuries, ranging from minor incidents like shortness of breath, to dislocations, broken bones, and severe deformities.

Some parks report no injuries despite years of operation.

See injury incidents reported at trampoline parks across the state in the map below. It should be noted that incidents vary widely between parks due to paperwork submittal dates, as well as the non-regulated self-reporting process.

In addition to conducting thousands of public and private facility inspections, six deputy fire marshals are tasked with implementing Ty's Law, which they said is more of an "administrative review."

"It's something we're having a hard time focusing on because we're trying to meet our other obligations of inspecting schools and stuff like that," Deputy Fire Marshal Robert Merigan told ABC15.

Merigan said fewer than 20 parks have registered with the state, and the agency is still working to bring current parks in accordance with the law.

The Assistant State Fire Marshal said Friday there are 11 parks registered in the state. Two other locations are known by the fire marshal's office to not be registered. ABC15 found five other parks statewide that would seem to meet the criteria to register.

Technically, the office could shut down a park for not registering or reporting injuries, but that's never occurred.

According to the state fire marshal's office, the following trampoline parks are properly registered:

While the responsibility of reporting injuries within 10 days falls on the trampoline park itself, there are no other looming fines or penalties from the state if a park is found not to be in compliance.

"If you leave it in the hands of the people that are responsible for their bottom line, you are not going to get the results that you want," Kerley said. "The results that I want are the safety of our children."

In January, a 7-year-old girl was seriously injured after falling from a zip-line attraction at Urban Air in Ahwatukee. When ABC15 pulled state records months later, that injury was still unreported. A lawyer for Urban Air did not respond to our requests for comment.

"We are moving towards developing an industry-wide self-regulatory scheme that will require parks to undergo a third-party inspection based on criteria set forth from the [American Society for Testing and Materials] standards as it applies to indoor trampoline parks. This will go into effect for renewals beginning in 2019," Evans said.

"We are currently working on developing a safety awareness campaign geared towards jumpers, parents and educators 'Let’s Get Jumping' designed to educate on what to look for before booking jump time at a park. We will be ready to launch this initiative later this year."