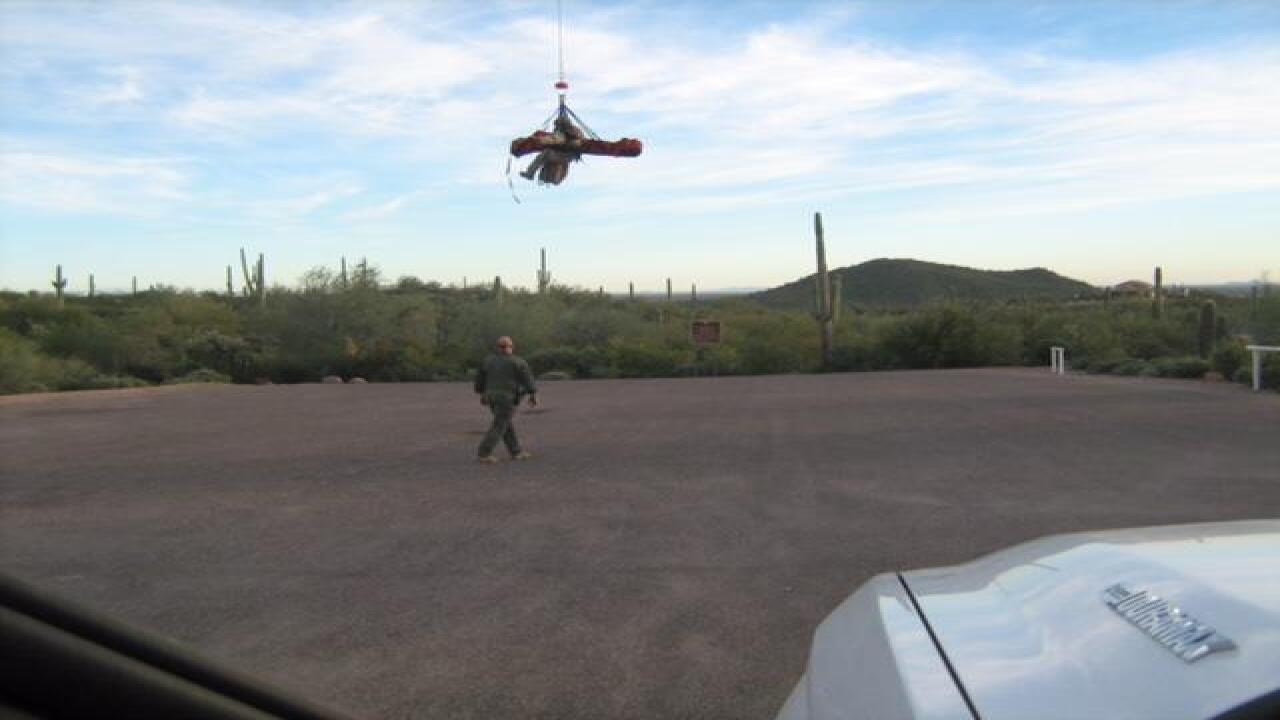 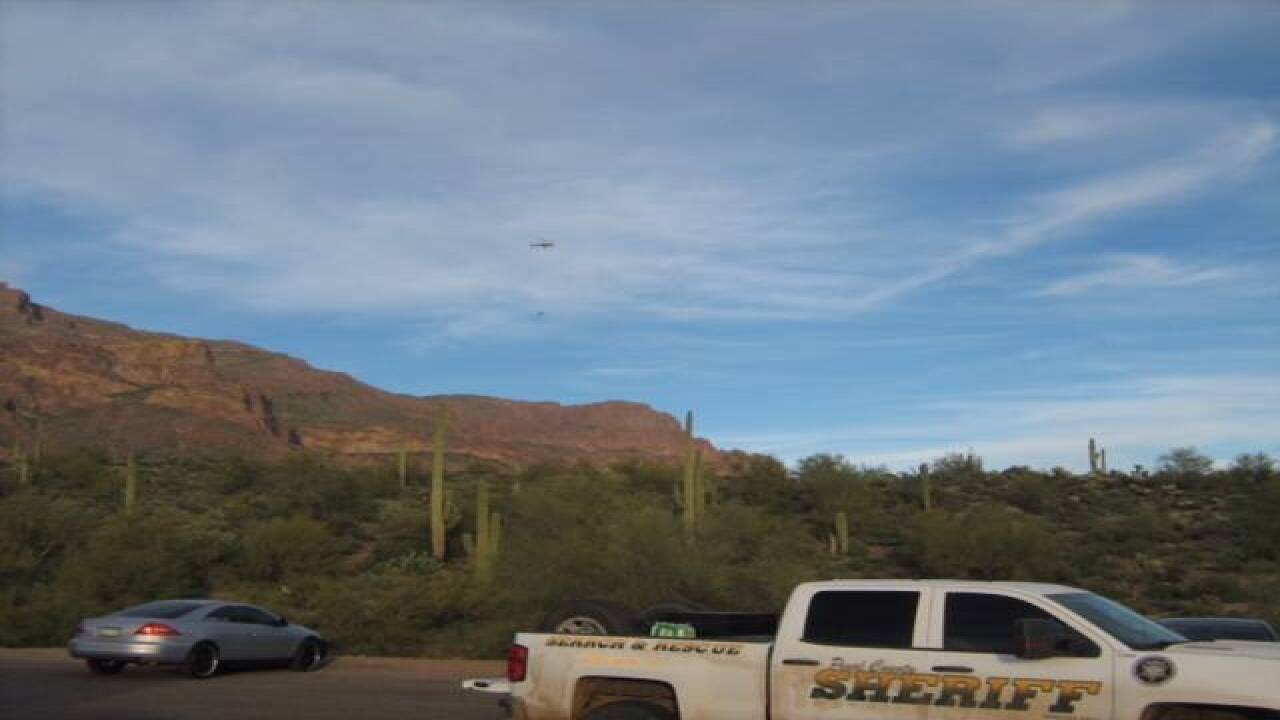 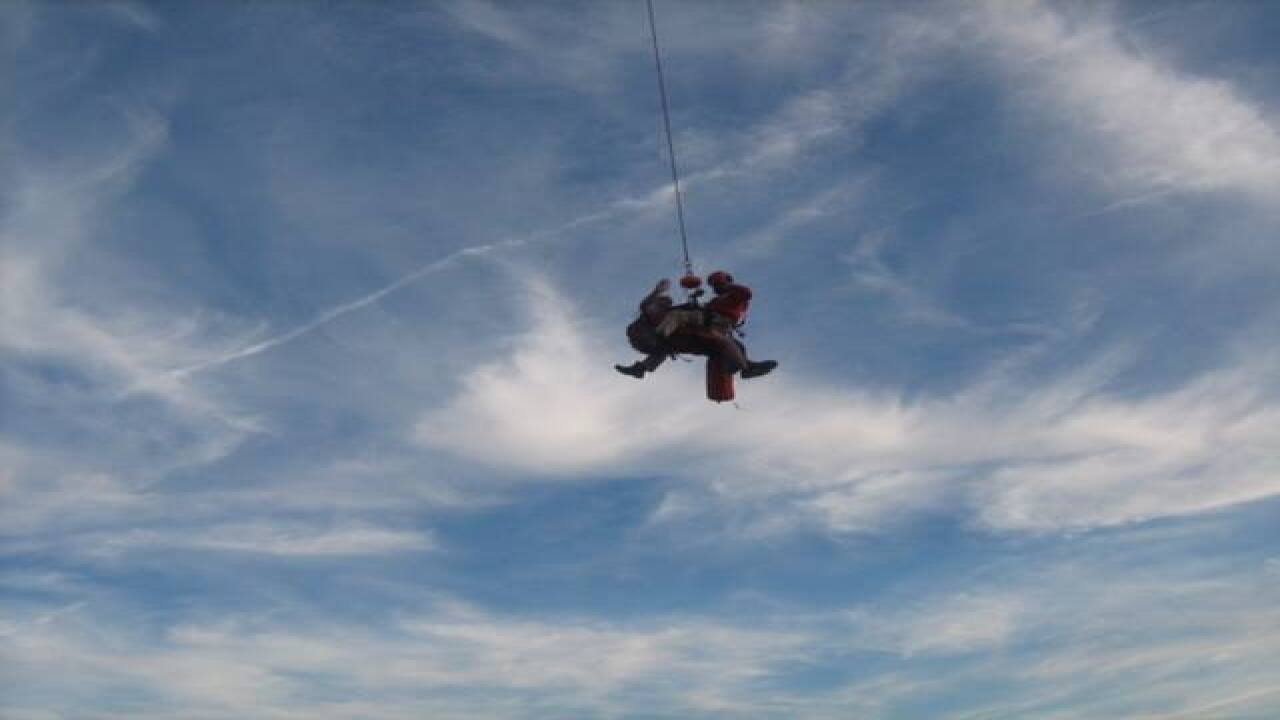 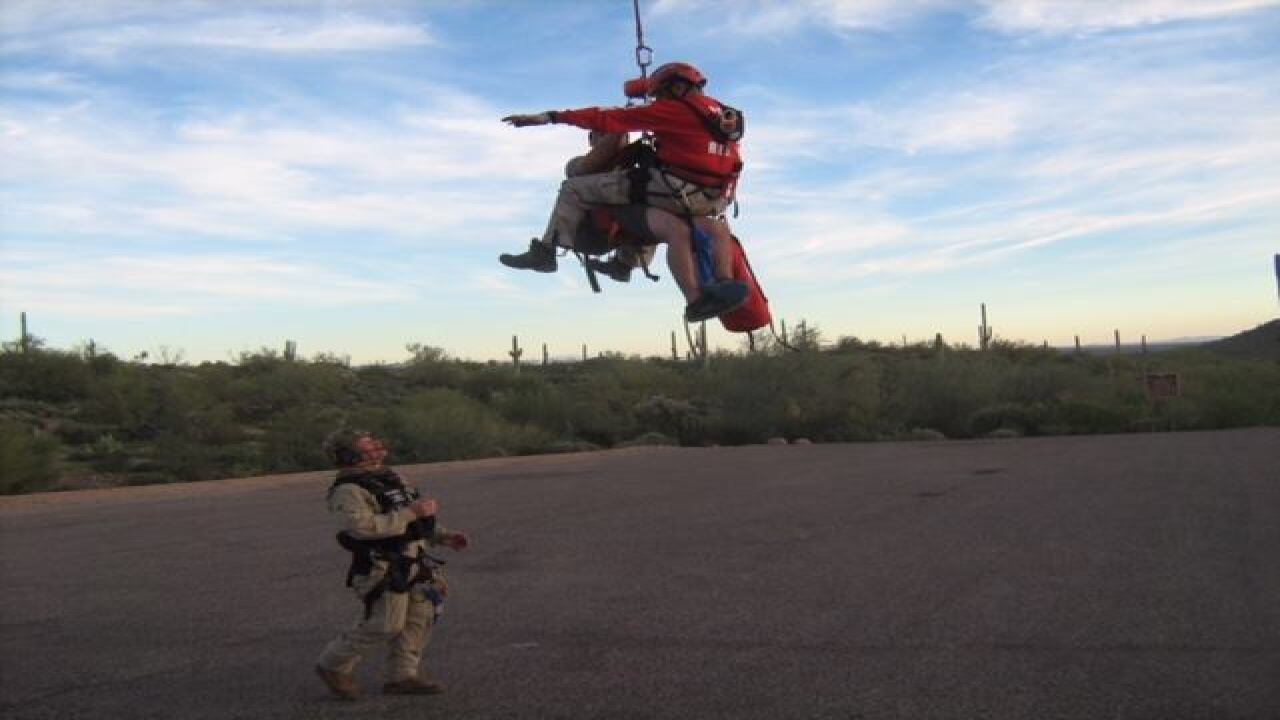 A 27-year-old hiker was rescued by crews from the Pinal County Sheriff's Office after his leg was crushed by a rock.

Just before 3:30 p.m. on Friday, PCSO received a call for a man hiking the ridgeline trail with his friend in the Superstition Mountains.

Deputies learned that the man was going through a section of the trail when grabbed ahold of a rock that came loose from the hillside.

The rock, which is believed to be a couple of hundred pounds, fell on the man's leg and crushed it.

PCSO Search and Rescue, PCSO Posse and the Department of Public Safety Ranger Helicopter responded to the scene.

DPS Ranger repelled in with the search and rescue team to stabilize the man.

He was then transported to an awaiting ambulance and taken to a local trauma center for treatment.