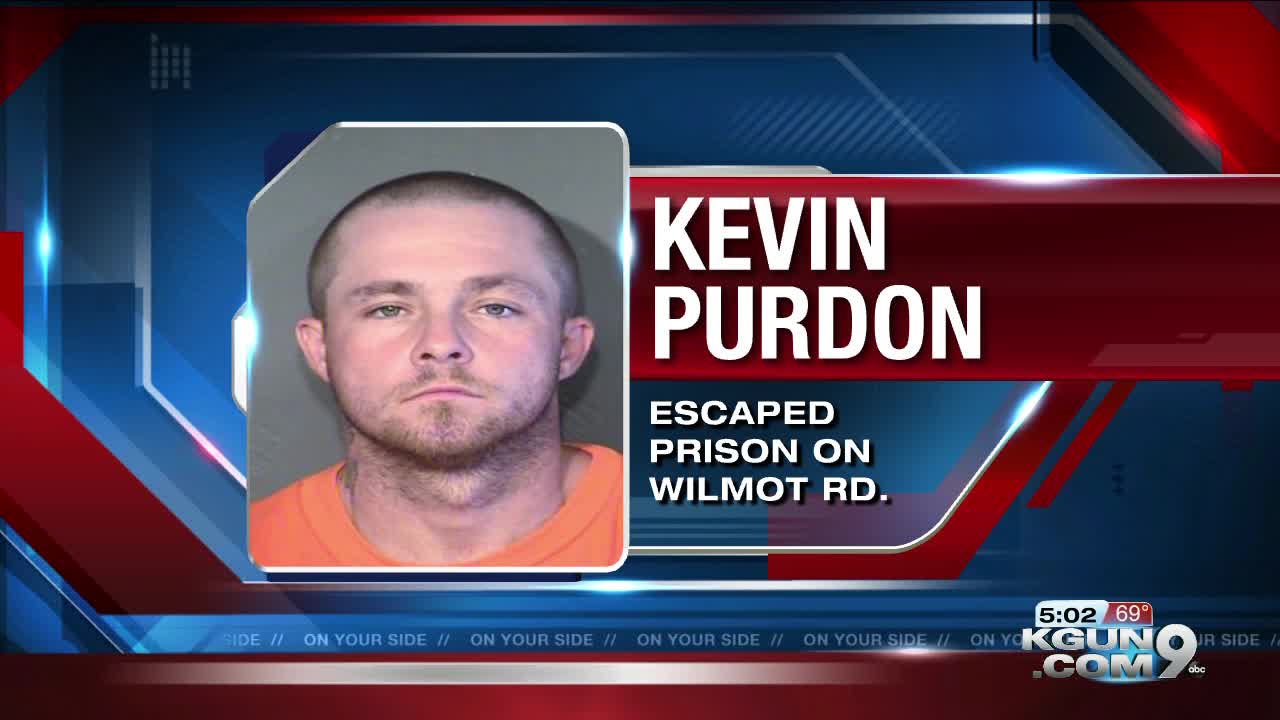 Authorities are looking for an inmate who escaped prison Sunday night. 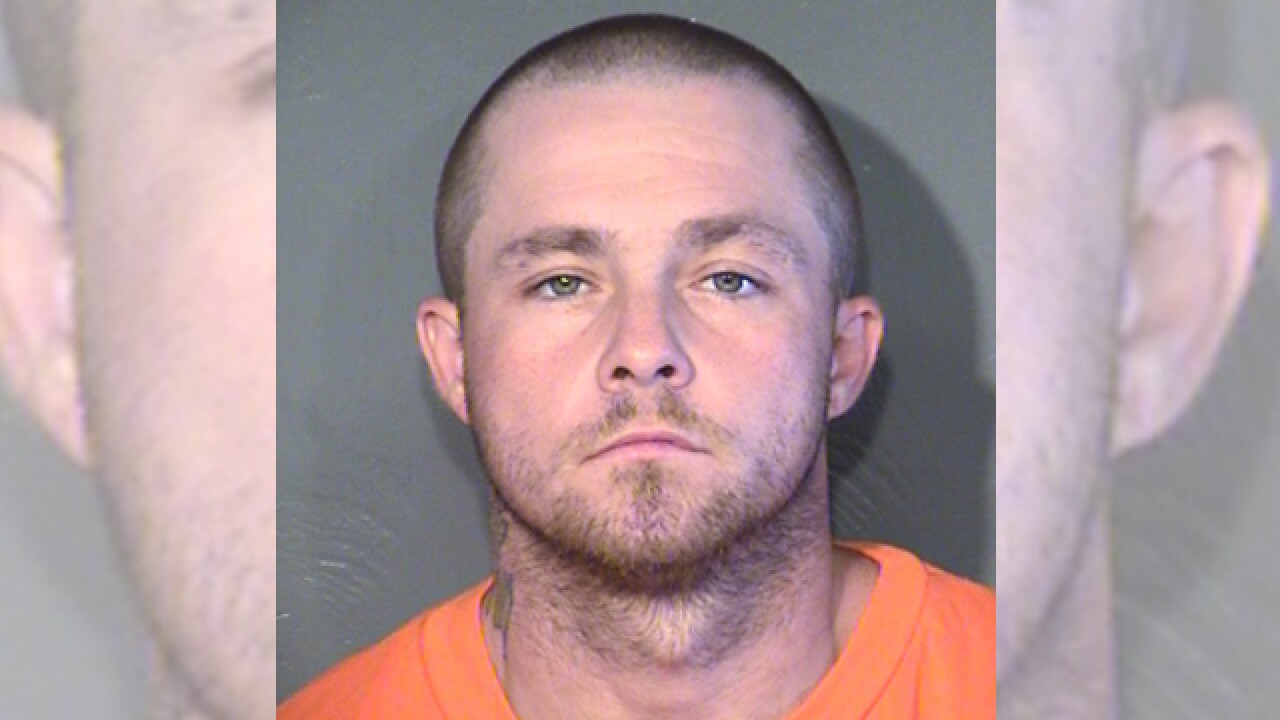 According to the Arizona Department of Corrections, Kevin A. Purdon escaped the Catalina Unit of the Arizona State Prison Complex, 10000 S. Wilmot Road.

Since 2016, Purdon has been serving a 4.5-year sentence for solicitation of a dangerous drug.

The Pima County Sheriff's Department said he was found near Fred's Arena Bar Steakhouse, that's near Three Points, after deputies received a tip from a citizen.

The sheriff's department said Purdon was taken back to the Department of Corrections on his warrant.