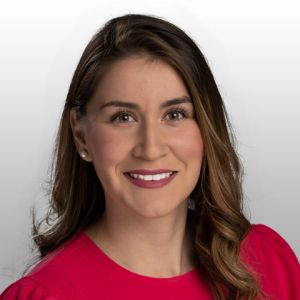 PHOENIX — Reaction to the draft opinion, leaked to Politico, suggesting the U.S. Supreme Court could be poised to overturn the landmark 1973 Roe v. Wade case is pouring in on both sides of the issue.

A rally was held at the Arizona State Capitol Tuesday night in response to the leaked draft. The rally was largely peaceful, but two people were arrested. One was arrested for assault and the other for disorderly contact.

ASU Law Professor Paul Bender has argued cases before the U.S. Supreme Court. Bender was surprised by the draft's lack of empathy. "This really takes away a fundamental constitutional right. There is nothing in the opinion written and recognized what effect it's going to have on women's lives. That's remarkable to me."

Advocacy organizations like Tucson Abortion Support Collective say 100% of the women they help that are seeking an abortion are lower income. “We don’t get calls from people who have the money, have the transportation, are just accessing the care with no problem, we only hear from people who are struggling,” said Brianna Gordon, a volunteer with the organization.

Gordon said that the fear would be women in need of seeking an abortion will find unsafe ways.

“I didn’t know when I accessed my abortion I didn’t know that ten years later, these rights were going to be so under attack,” Gordon said.

TASC helps women in need of transportation, financial help, and is there to support women in all different circumstances.

Gordon worries about the barriers for minority women, and those without any means to seek an abortion.

State Representative Melody Hernandez spoke openly about her abortion in 2018 after an assault. She opened up to the public last year while on the House Floor before a vote regarding abortion laws in Arizona.

She told ABC15 that she knew she wasn't ready to have a child, "and part of those reasons was because I was sexually assaulted around the time that I would have become pregnant, and I wasn’t sure who the father was, I had no health insurance at the time, I was working at a job where I had lower pay and I was living paycheck to paycheck," said Hernandez.

Hernandez said she feels the U.S. is taking a step backward with a woman's right to choose, especially for communities of color, "I feel scared for people who can’t afford it like I could, I feel scared for people who are in domestic violence situations like myself and don't have a support system whatsoever, but for me, this is just leaving this up to put people in harm’s way."

Some in the Valley, however, are glad to see Roe v. Wade court ruling will likely be reversed. That would leave the decision on whether to allow abortion up to each state.

ABC15 talked to women who had previously considered abortions, but now say not following through with the procedure was the best decision they could have made.

Among them is Jacqueline Brogley.

She says she can’t even imagine where she would be if she didn’t have her two little girls.

“Unplanned, but not unwanted,” she said, when talking about her first-born child.

Brogley says nine years ago, she wasn’t sure if she was ready to care for a baby.

“I was very young at the time. Became pregnant,” she added.

Being that she is Catholic, she was fighting between following her religious beliefs and what she thought she could handle at the time.

“And I was unsure of what I wanted to do,” said Brogley.

She ultimately scheduled an appointment to get an abortion. Then, one week before the procedure:

“I went online and found Choices…Choices Pregnancy Center, and I talked to someone that day and I explained that I had an abortion scheduled. And she said, why don’t you just come talk to us,” she said.

Brogley adds Choices Pregnancy Center immediately provided her resources, and in that moment, she knew she wanted to have her baby.

Lynn Dyer isn’t associated with any advocacy organizations, but she has been praying outside of abortion clinics, like Planned Parenthood, for the last 40 years.

She says her goal is to connect women to pregnancy resources, to help save a life.

“It’s just the best feeling in the world. You know, it really is. It’s so meaningful to know you can help someone and save a life, and you know, turn somebody’s life around,” Dyer told ABC15.

While she is still torn about how she feels about overturning Roe v. Wade, she’s sure of one thing: her girls.

“That they were meant to be and that they’re going to make an impact on this world as much as my life has been,” Brogley said in tears.

ABC15 reached out to the Roman Catholic Diocese of Phoenix for comment. The Diocese was unable to comment.