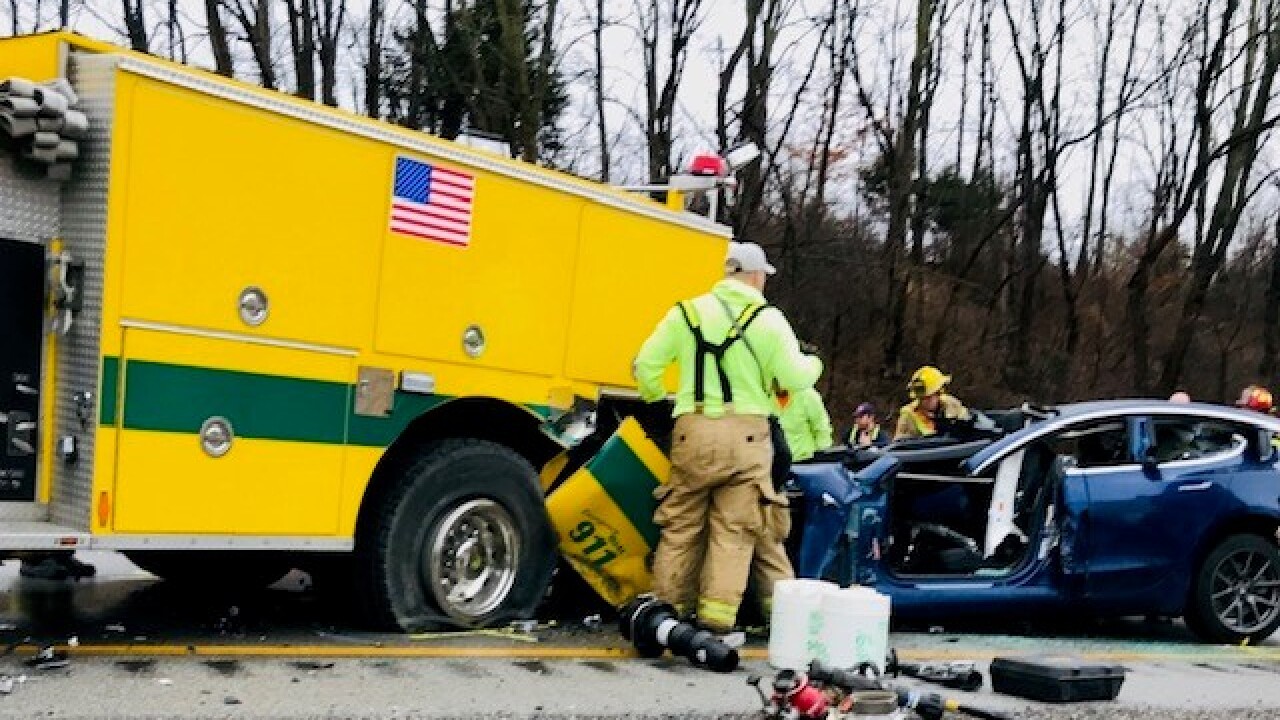 PUTNAM COUNTY — A woman was killed and her husband suffered serious injuries in a crash Sunday morning on Interstate 70 near Cloverdale.

Just after 8 a.m., a 2019 Tesla driven by Derrick N. Monet, 25, of Prescott Valley, Ariz., crashed into the back of a parked fire truck that was responding to a previous single-vehicle crash on I-70 eastbound near the 38 mile marker, according to information from Indiana State Police.

Monet and his wife, Jenna N. Monet, 23, suffered serious injuries and had to be extricated from the wreckage. The Monets were transported to Terre Haute Regional Hospital, where Jenna Monet died from her injuries, state police said.

State police said no firefighters were injured and drugs and alcohol did not contribute to the crash.