'100 deadliest days' on the road start on Memorial Day 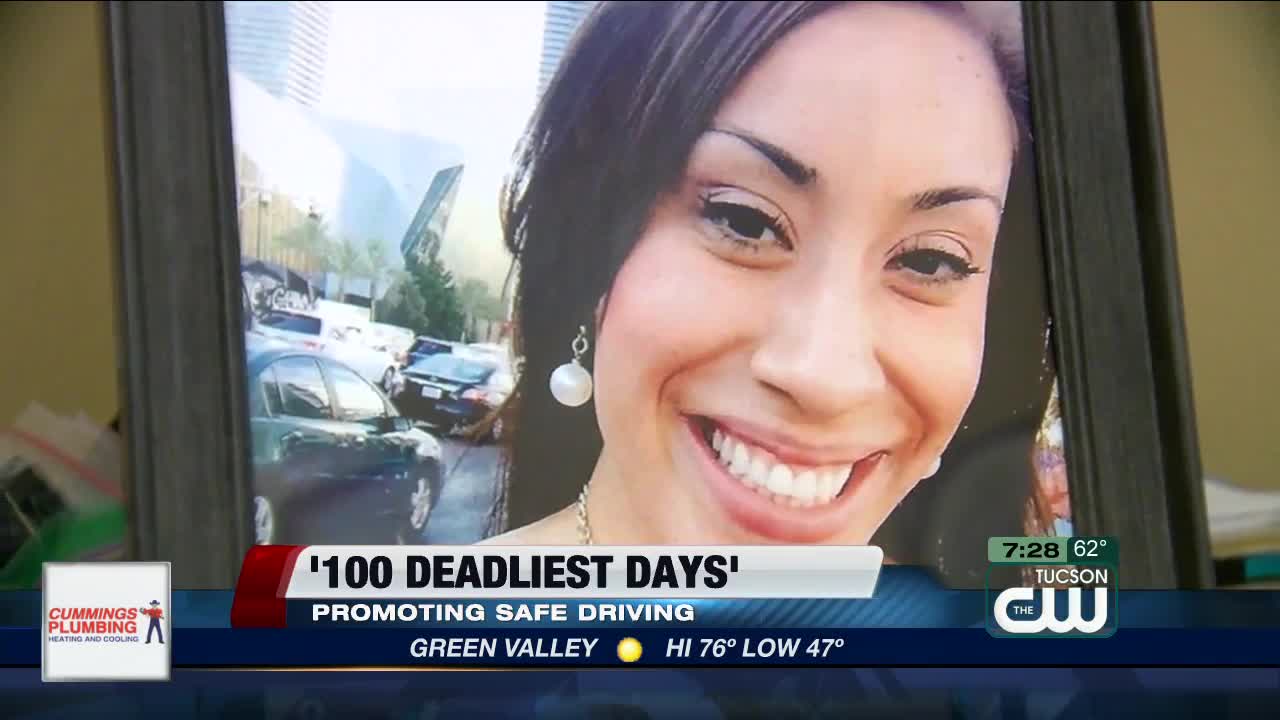 The period of time between Memorial Day and Labor Day is the '100 deadliest days' on the road, according to AAA. TUCSON, Ariz. - The period of time between Memorial Day and Labor Day is the '100 deadliest days' on the road, according to AAA.

The 100 days after Memorial Days are a point in time when teenage drivers are most susceptible to getting into crashes.

The combination of being out for the summer, nighttime driving and distracted driving all play roles in the '100 deadliest days', according to AAA.

In 2016, more than 1,000 people died in crashes involving a teen during this time frame, according to a AAA report.

Monique Vallery, a member of the Mothers Against Drunk Driving organization lost her sister-in-law in a drunk driving crash in 2015.

"This summer will be four years and it still feels like it was yesterday. The devastation of losing someone doesn't get any easier and it's so preventable and that's what's heartbreaking about it," said Vallery about her sister-in-law.

Now, Vallery wants to spread a message to all of those who think about getting behind the wheel after drinking.

"There is so many alternatives, this is such a preventable tragedy for so many people and it's easy, just do something different," said Vallery.