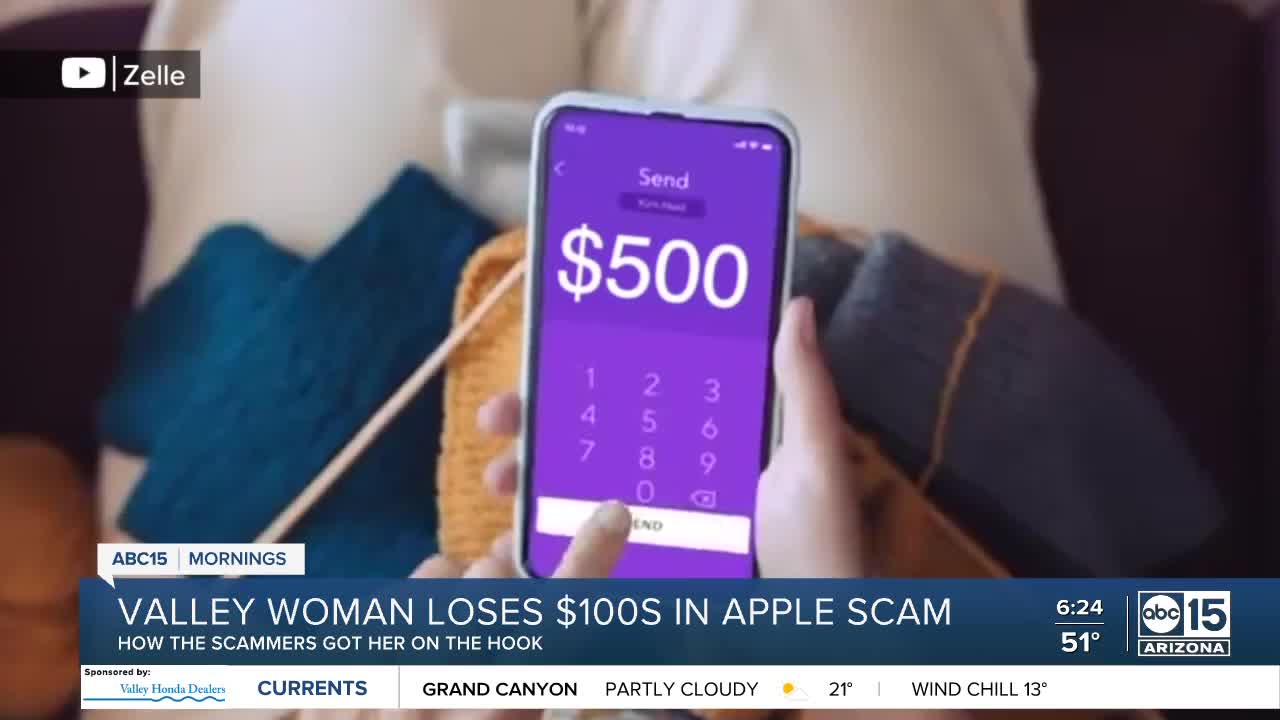 Sherry says when the man on the other end of the phone said he could give her a deal by upgrading to the newest iPhone, she did as he instructed, and went into her banking app and used Zelle to send $500 cash.

As the pandemic continues, more scams are popping up, targeting those who can least afford to lose money. A Valley woman is now warning others after she fell victim to one of those scams while trying to get help fixing her Apple Watch.

Sherry says she became frustrated trying to fix the watch on her own, so she did what most of us do. She went to Google and found a number for Apple Support.

At least that what she thought.

“I’m pretty sure he said, this is Apple,” said Sherry. “I said yes, I need help pairing up my watch with my laptop, and he just started talking, oh, yeah, we can do that.”

Sherry says when the man on the other end of the phone said he could give her a deal by upgrading to the newest iPhone, she did as he instructed, and went into her banking app and used Zelle to send $500 cash.

She said she may have even sent more.

“My boss came, and she’s like, he’s scamming you! And I’m like what, what, what,” said Sherry.

So how do these scammers work?

We called the bogus number for Apple Support and was led through a series of steps.

They wanted the phone’s serial number. We gave them a made-up one.

We wanted to see what they would do and what else they would ask for. In most cases, they will ask for you to pay them with gift cards or wire cash through an app as Sherry did.

In our case, they hung up. Something Sherry says she should have done sooner.

It’s a good reminder to never send cash and to go to the actual website for the company you are trying to reach.

We did reach out to Zelle, the service Sherry used to transfer the money, they say their platform should only be used to send money to people you know. It is a cash transaction and there are no refund protections.

They say if it were an unauthorized charge, then they would be able to help.

You can find their policy’s here.

If you have experienced a scam like this or know of others happening - email us at Joe@abc15.com