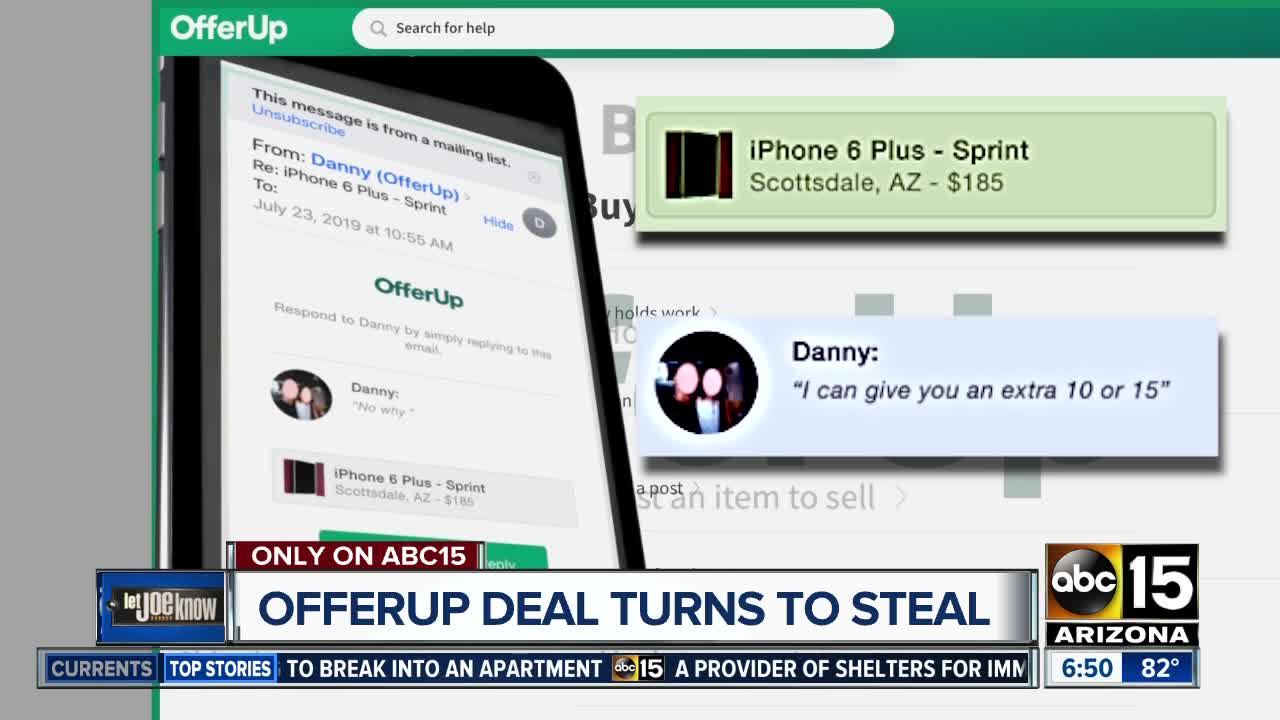 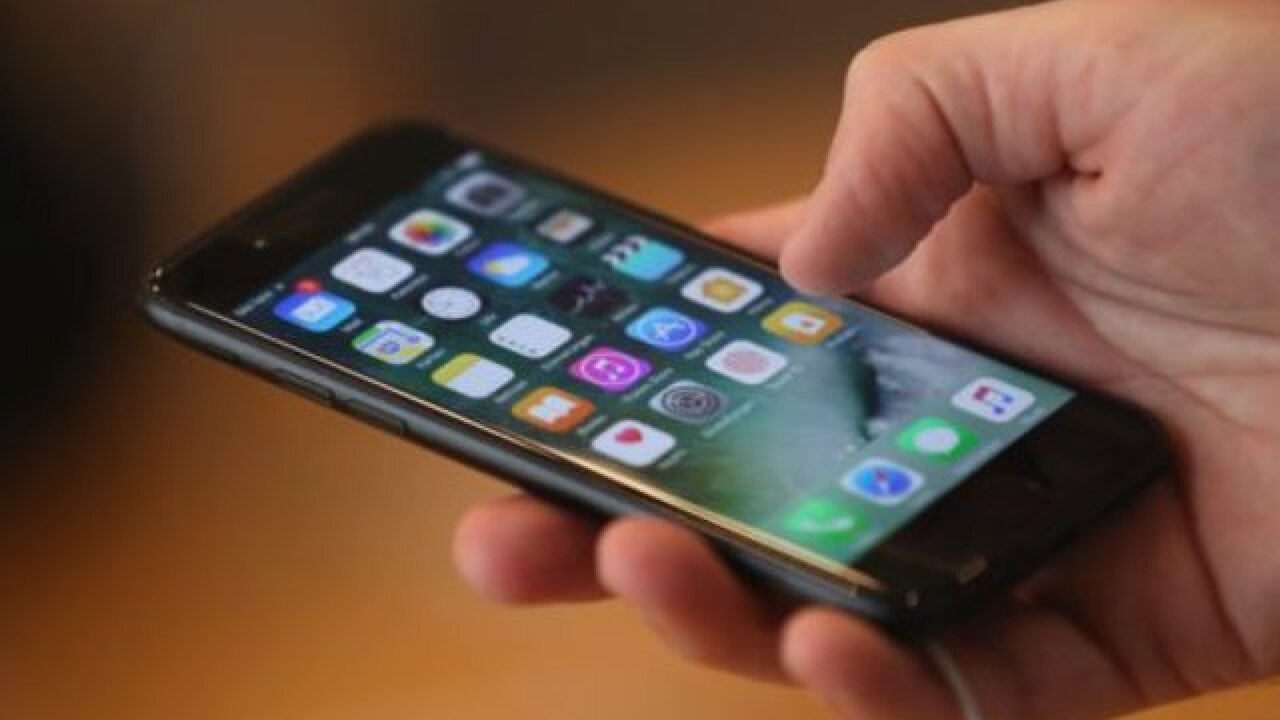 Have you used an online site or app to buy or sell belongings? If you decide to make the exchange in person, beware!

A local woman let us know what happened when she met with a buyer.

She was selling an iPhone 6 through the OfferUp app.

Police reports and 911 calls show they met at a Wells Fargo parking lot in south Scottsdale.

The buyer wanted to see if the phone worked. Instead, the man took it and ran away.

About an hour earlier, another woman using OfferUp met a buyer wanting to sell her phone at the same location. Again, the man took off with the phone.

Police believe it was the same person.

He went by the name "Danny" on his OfferUp profile.

Police have not said if officers have caught the thief.

We asked Wells Fargo for any video they may have so we could show it and have viewers help catch the man.

OfferUp has a feature called "True You."

It allows buyers and sellers to submit extra information, like a government ID and a phone number, to prove who they are.

The company also features a rating system similar to Amazon, Yelp and eBay.

Danny's profile didn't have any of that.

Also, if you meet and get a bad feeling, or something seems strange, don't continue with the transaction and leave.

There is no commitment since no money was exchanged.

There are also safe zone locations designated by police as secure areas to conduct business. Check with your local police department for those locations.

We couldn't find any Tucson locations, so check with police there.