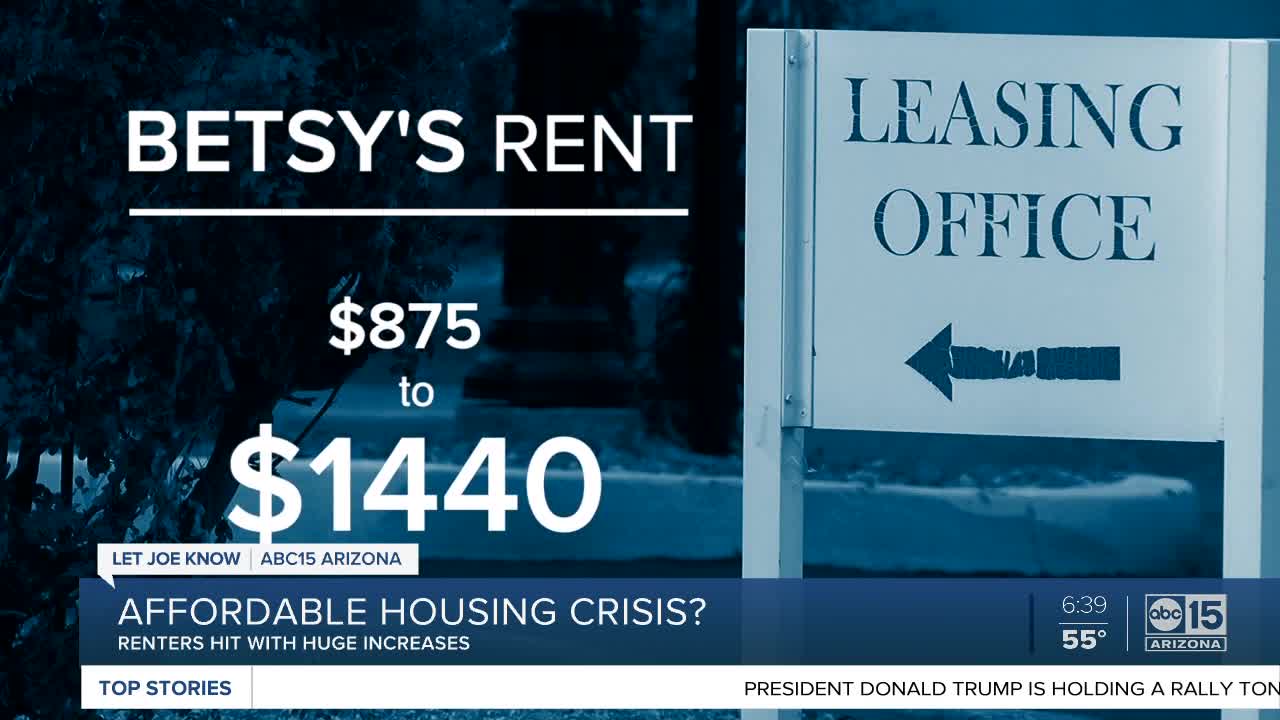 If you're on a tight budget, it's becoming hard to find anything affordable in desirable areas. 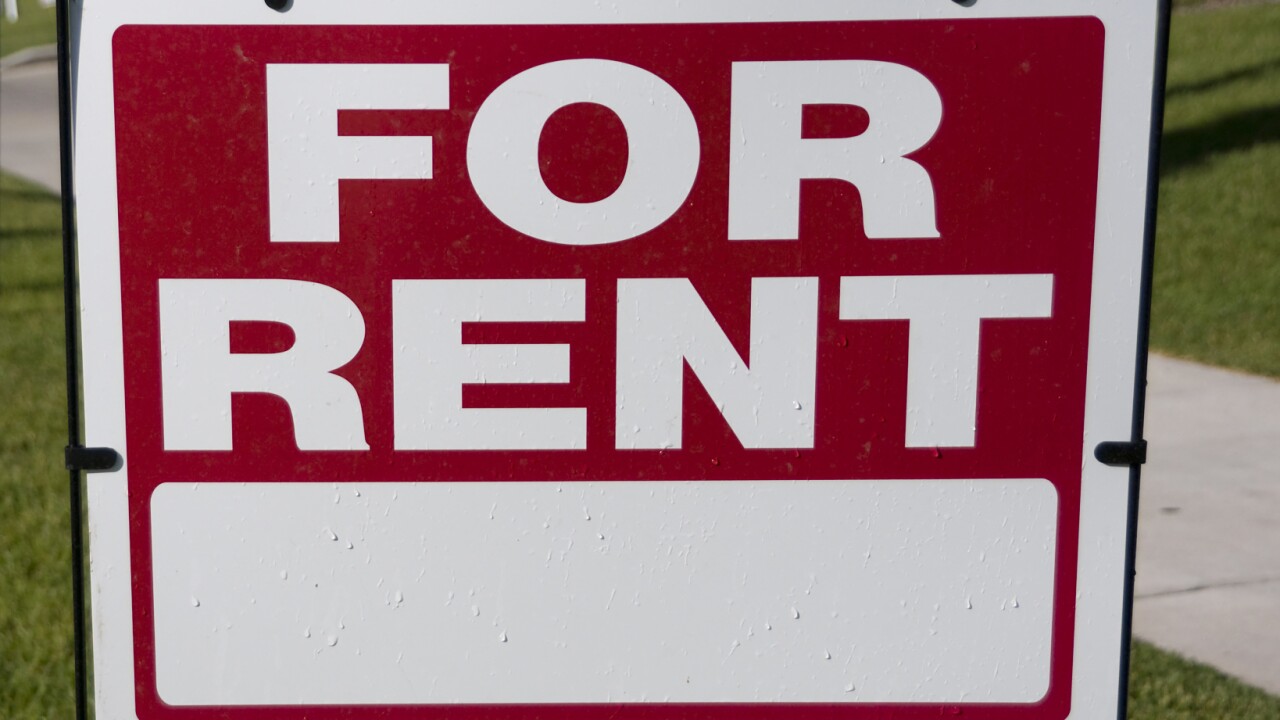 If you're on a tight budget, it's becoming hard to find anything affordable in desirable areas.

Betsy is looking for a new apartment. She's renting in Chandler and wants to stay close to her daughter and grandkids.

By day, she works. But at night, she's on the computer looking at rental sites, and finding very little.

Betsy rented from a condo owner at Soleil in Chandler. When a majority of owners sold to an investor, the rest were forced to sell. That included Betsy's owner and it's happening throughout the Valley.

The units were turned into higher-rent apartments and Betsy's rent went from $875 to $1,440.

She says she can't afford it and wouldn't pay it for a one-bedroom apartment anyway.

But, that's still below the average $1,500 rent in the Phoenix metro area.

Joan Serviss is the Executive Director of the Arizona Housing Coalition.

It's a non-profit organization that brings other non-profits together and works with the legislature for change.

Serviss says renters need to make $19.52 an hour to afford current rents. She says minimum wage workers would have to work 57 hours a week to afford a one-bedroom apartment.

Right now in many Arizona cities, there is too little supply for too high demand.

So for every 100 rentals, there are only 5 that are vacant.

Serviss is pushing legislators to do more, saying housing programs need to be funded and a housing tax credit be offered to increase affordable housing.

She says 150,000 units need to be brought online and rehabilitated for housing use.

Most cities have subsidized housing programs.

Phoenix, Mesa and other cities have agreements with apartment complexes for lower rents, but people like Betsy make too much to qualify for many of those programs Plus, she makes too little to rent at market values.

That puts her at risk for landlords.

On the day we met with her, Betsy had received an eviction notice for nonpayment of rent. However, she says she did pay rent and can't get anyone to listen.

We went with Betsy to the complex office and saw another tenant with similar issues.

I tried asking the office manager about it, but she kept walking and says that information had to come from someone else.

Later, the complex told us Betsy had paid her rent but there wasn't a name on the payment to show it was hers -- so they removed late charges.

Still, Betsy is moving -- and she will be sharing a home with another person.

While she gives up some privacy, the monthly cost is in her budget.

If you're a renter, we crunched the numbers for average lowest priced one-bedroom apartments in the Phoenix and Tucson areas. Here they are:

See if you qualify for government-assisted Section 8 housing.

If you're being evicted or need help fighting a landlord issue, click here to see if you qualify for help from Community Legal Services.