How much is too much for an ambulance bill? 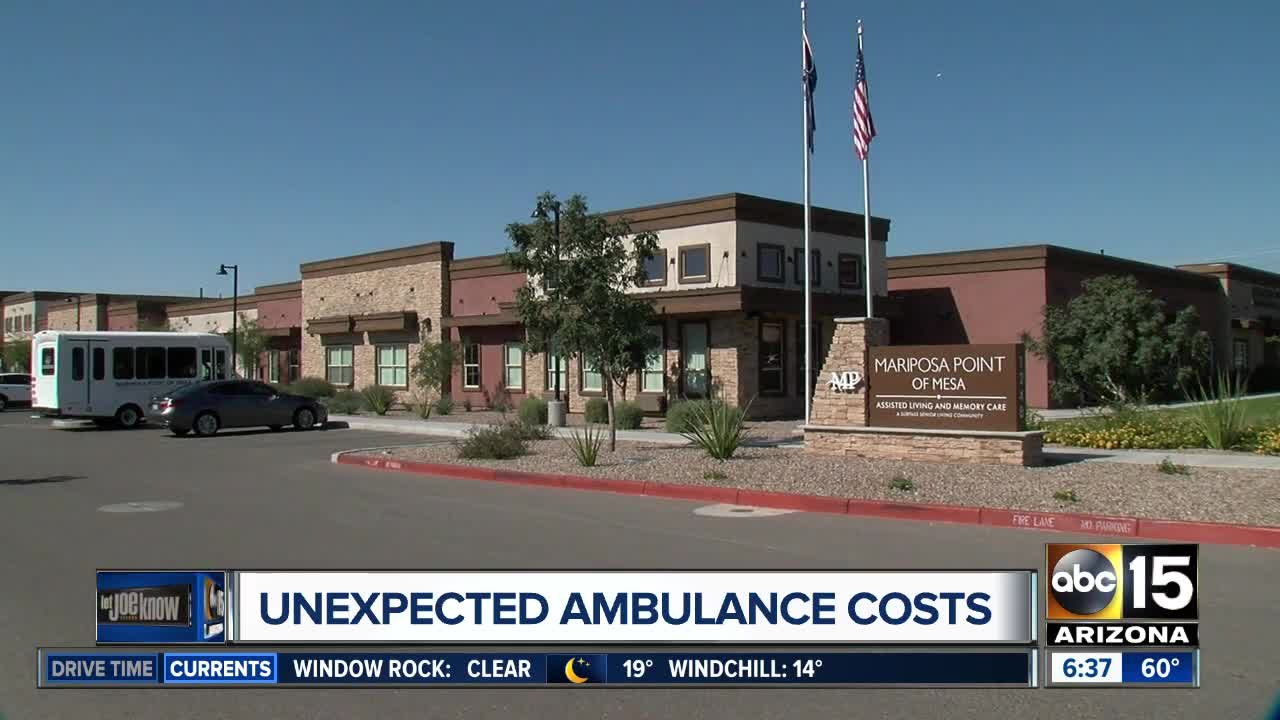 How much is too much for an ambulance bill?

PHOENIX, Ariz. — How much is too much to pay for an ambulance trip and how much does the distance play a factor into the final bill?

As his mother's caregiver, Paul Bradsher says he handles all of her bill, but the one he got after a recent hospital stay surprised him.

Back in June his mother was transported by ambulance to the hospital. That trip was covered - costing them only a $50 co-pay.

The trip back to her care faculty; however, was not covered.

"The bill was $882.00. Not covered by insurance. Not discounted anything," said Paul.

Here's the thing - Paul's mom lives at Mariposa Point of Mesa. The hospital she was transported from - Mountain Vista Medical Center - is just across the street.

Paul says he got a call his mom was ready to got home, but he was out of town.

The hospital asked if they could transport her home. Paul says he agreed, thinking that meant a non-emergency transport service, not an ambulance.

"I just said, yeah no problem. Thinking that, you know, the transports we had used in the past were right around $200," said Paul.

Instead they were hit with an almost $900 bill.

When Paul first reached out to AMR, the ambulance company, he says they couldn't talk to him since his mother was the patient. However, when the Let Joe Know Team called, AMR said they were going to get in touch with Paul to see if there was a way to appeal the cost.

As for the hospital, Mountain Vista Medical Center, due to patient privacy they couldn't tell us specifically why an ambulance was called when Paul's mom was discharged. They say it's up to the family to pick up patients, but they can arrange transport in certain situations.

When asked to clarify how they decide on what type of transportation, they did not respond by time this story aired.

When a family member is released and they don't need medical transport, it's best to arrange pick yourself. If your loved one is living at senior home, see if they have transportation options. Also, you may want to check with your insurance to see if non-medical transport is even covered.