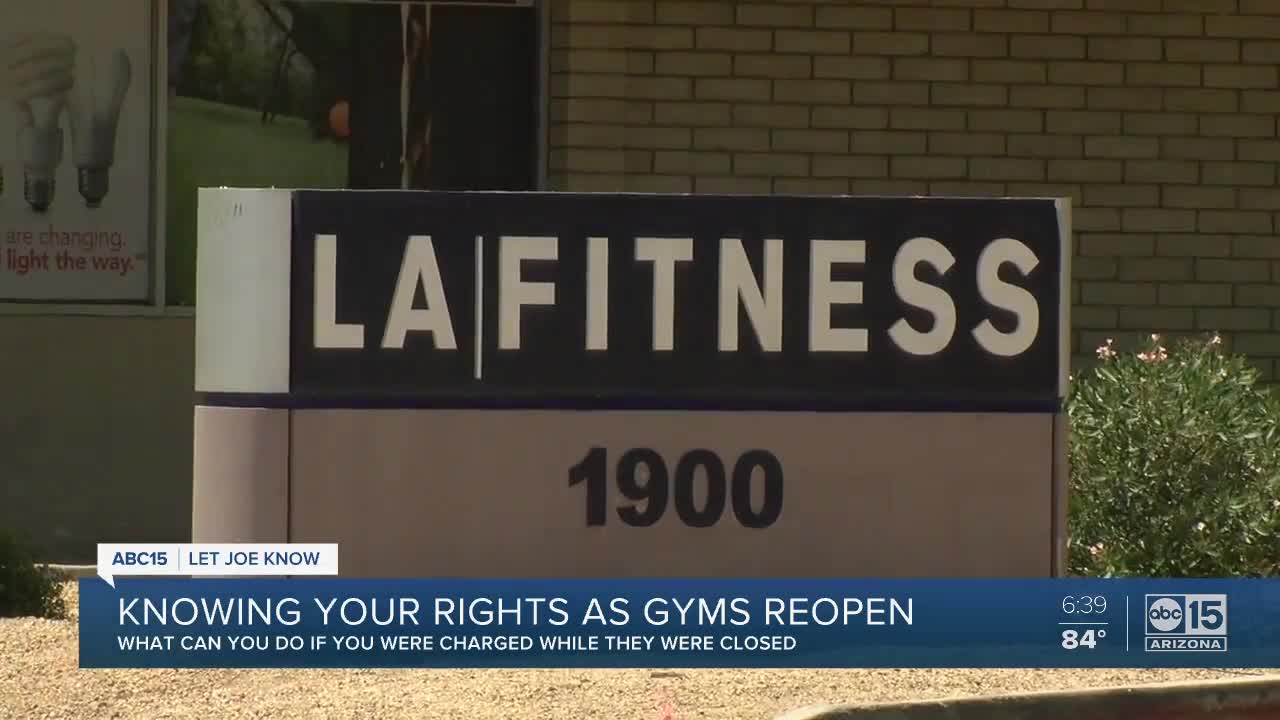 What you can do if you were charged while gym was closed. 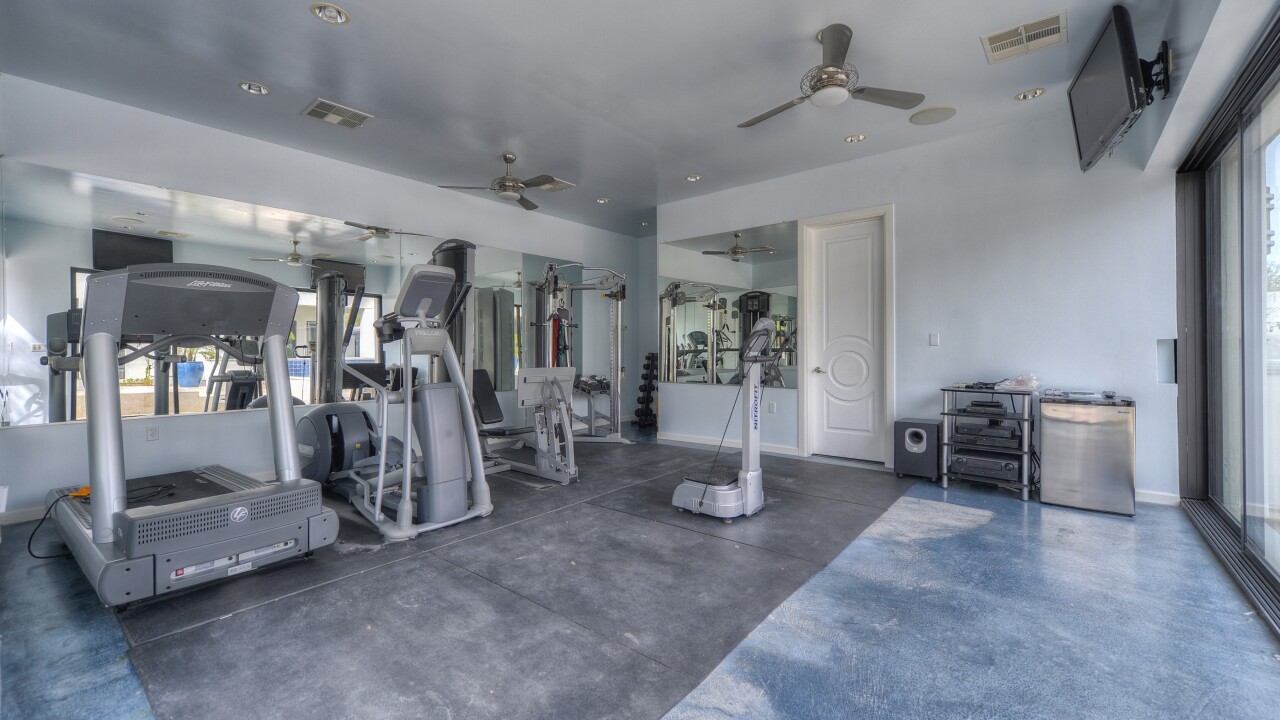 PHOENIX, AZ — Returning to a new normal perhaps? Fitness centers across the state wasting no time reopening to members.

In part with the Rebound Arizona - ensuring businesses do right by you - The Let Joe Know Team took a look at when you could owe membership dues and what rights you have if you paid while a club was closed.

Pending class action lawsuits across the U.S. say gyms continued to charge membership fees even their doors were closed.

Like this one filed in Florida against L.A. Fitness. The person behind it says the gym closed their doors in mid-March; after he paid his dues in full. He says the gym did suspend payments on April first, but He's owed for the two weeks or so he couldn't use the facility.

We got several emails saying the same thing happened here in Arizona.

Like Courtney, who had her monthly L.A. Fitness cost withdrawn from her account after the gym had already closed. She says she had tried to get a hold of the gym before it was taken out, but had no luck.

She worked in the service industry and lost her job due to COVID closures - every penny in her account making a big difference right now.

So what does it mean now that gyms are reopening? Are you due a refund? Do you still have to pay? We went to the Arizona Attorney General's Office for answers.

They say they are looking into complaints people have filed, but say they don't handle contract disputes - which this may be.

They say they can take action when they find fraudulent, deceptive or unfair behavior, so consumers should still file a complaint.

Now in emails to members, L.A. Fitness says they will be charging a prorated fee on June first to cover the time until your next monthly payment is due.

They did not answer our questions about those who were charged while they were closed or if they are allowing people to suspend memberships.

We did reach out to other gyms to find out what they are doing.

Planet Fitness is yet to announce their reopening here in the Valley, but say if you happened to be charged while they were closed they will adjust when your next payment is owed so you don't pay for closure time.

Mountainside Fitness - now back open- says they aren't charging until the first of June. They hope these next few weeks will give people a chance to decide if they are ready to be back working out.

While will keep pushing L.A. Fitness for answers, many have asked what you can do if you're not ready to head back to the gym or can't afford it right now due to COVID-19.

Take a look at your contract. There may be an option to freeze your account for a partial cost or perhaps no fee for a certain amount of time.

If you run into any issues, let us know at rebound@abc15.com.