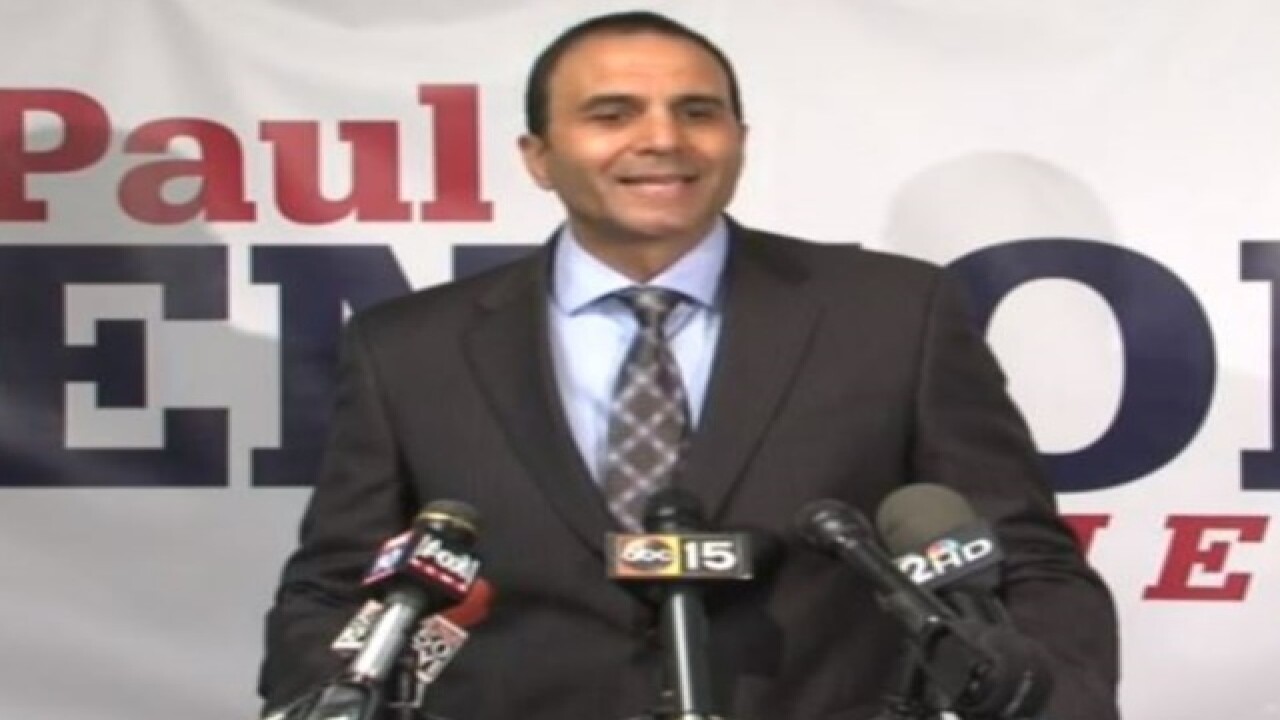 By: Joe Ducey
Posted at 5:51 PM, Oct 07, 2016
Maricopa County's top cop, Sheriff Joe Arpaio is being accused of letting personal information about his challenger be exposed to potentially tens of thousands of people.
It happened in an Arpaio advertisement for re-election as the Maricopa County sheriff.
Arpaio's challenger, Paul Penzone, is already fighting the sheriff about alleged inaccuracies in that ad.
Penzone said that ad exposed his birth date and Social Security number. The information is seen on court documents shown in the ad.
With that information, identity thieves could steal your identity and use it to open accounts and more.
In an on-camera interview, Penzone told me that "it's unethical and there's no place for a law enforcement officer to expose anyone to be a potential victim of [identity] theft."
Penzone said that he thinks the information was shown in the ad deliberately.
We asked the Arpaio re-election team for an interview about the incident. Instead, they sent an email saying "including that information on the ad was an honest mistake and ended airing a week ago." They said a new ad had blurred any personal information.
Penzone is taking it seriously. He said he is hiring an ID theft protection service and monitoring his credit. And he said that even though his information has been blurred, it's not enough.
"No, it's not OK. The damage is already done. My information has been out there for a week, maybe two, and seen hundreds of times," Penzone said.
If your personal information has been exposed, remember to check your credit report for unknown activity.
Click here to get a free report three times a year, one from each credit reporting agency.
GET HELP WITH YOUR CONSUMER PROBLEMS IN PERSON! On Thursday, October 20th, from 5-8 pm, we're taking Let Joe Know on the Road.
We'll be at Tempe Marketplace, with 25 attorneys and consumer experts covering issues like landlord/tenant, HOAs, family law/child support, car repair/buying,health insurance, employer issues, consumer scams, contracts and more.
Talk with the experts one-on-one.
Just bring your paperwork and come to the District Stage at Tempe Marketplace (at the 202 and McClintock).
And it's all FREE!
Also,  "like" the Let Joe Know Facebook page and tell me about any consumer problem there.
Copyright 2016 Scripps Media, Inc. All rights reserved. This material may not be published, broadcast, rewritten, or redistributed.