Arizonans continue to struggle with unemployment

One got it and didn't apply; other applied but can't get it 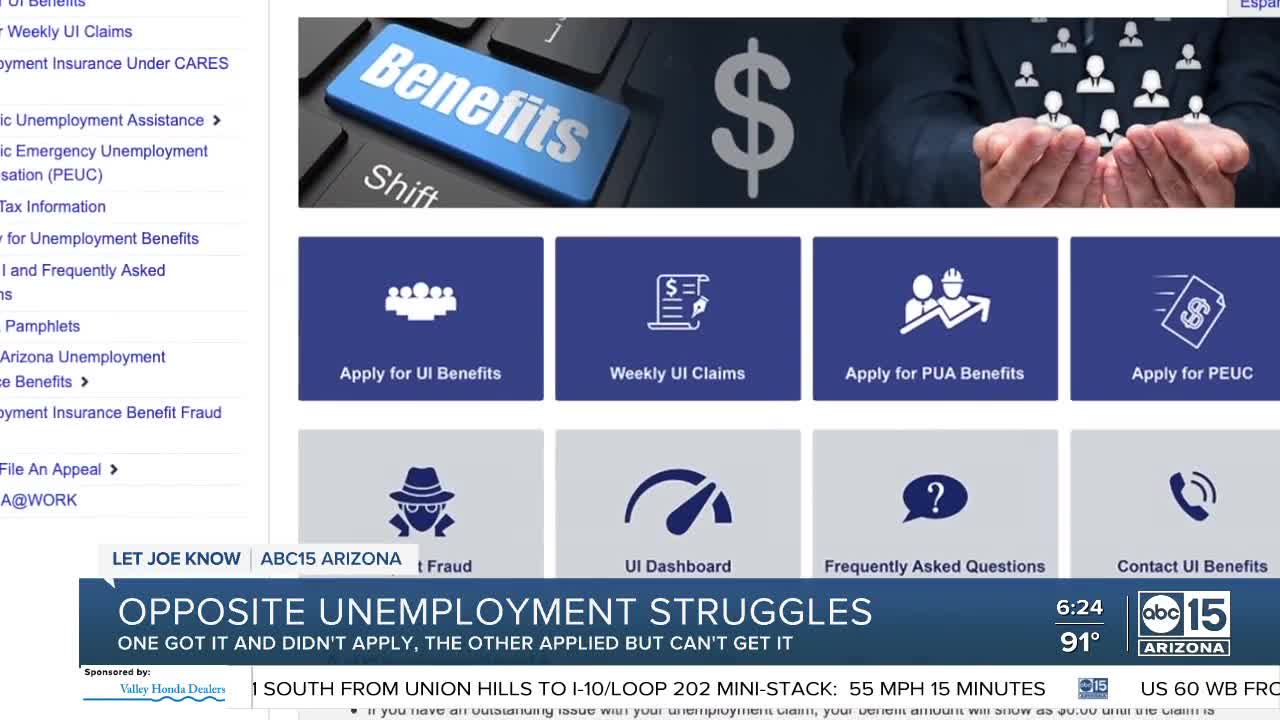 Many in Arizona are still struggling through the unemployment system.

Months into the pandemic, unemployment is still a mess. There are too many Arizonans either getting money and shouldn't, or not getting it at all. They are opposite issues but they come with similar struggles for the people involved.

Louise Simonet says she and her daughter have been trying repeatedly to get answers from the Arizona Department of Economic Security (DES) about why their unemployment insurance has not come through.

Louise says her daughter is down to her last $300. She says she will have to "bail her out" but isn't getting money either. Louise says both may soon "go down the drain."

We introduced Louise to Pam Leslie who has the opposite issue. Pam got a debit card saying she was getting unemployment insurance. But Pam never applied for it, and also says she had a hard time getting any help from DES. When Pam said here debit card had $9000 on it, Louise was shocked saying "oh my God."

Pam says she went to DES because the money wasn't hers and she wanted it to go to people like Louise who really need it. Eventually, Pam says DES closed the account. But she wonders if the weeks it took to do so, allowed scammers to get more money.

We asked DES about both cases. They tells us they'll have their team "follow up with these claimants and see how we can assist further. We cannot comment on individual cases. We are happy to address any general questions you have about the unemployment programs, but it's important to note that individual circumstances for each claimant vary."