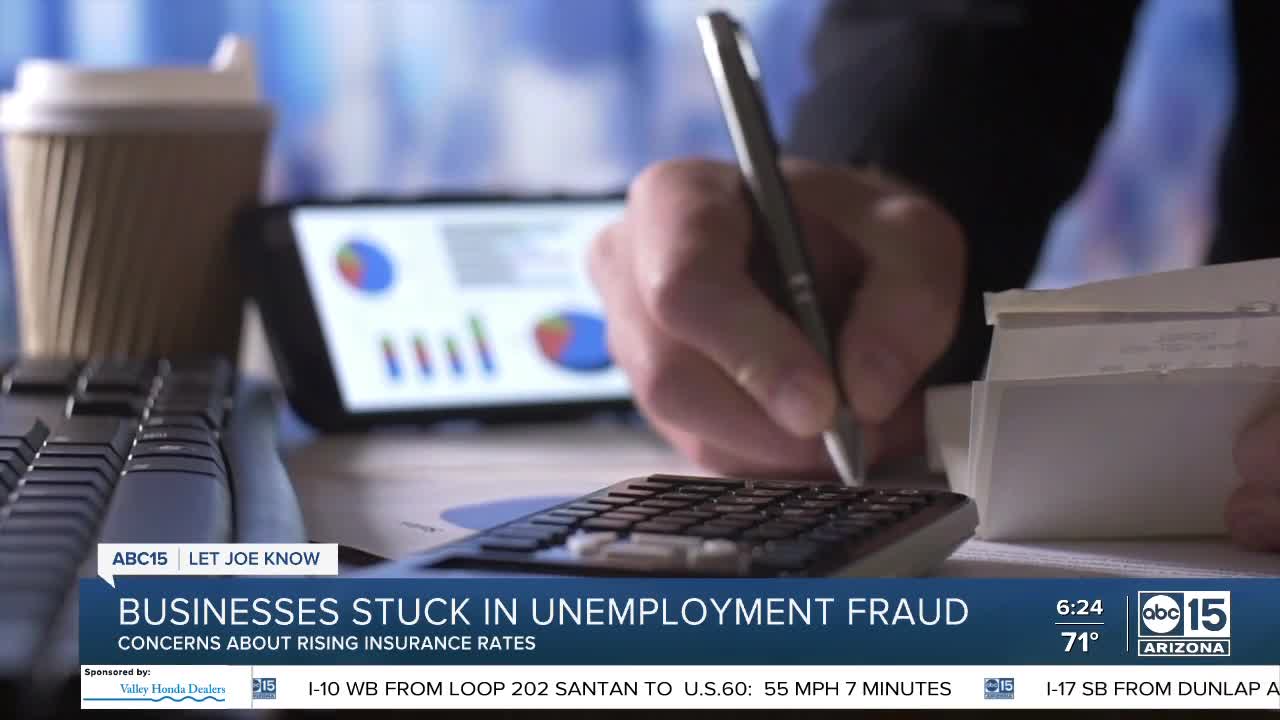 Seven months into the pandemic and the skyrocketing need for unemployment pay, Arizona businesses are still getting a lot of unexplained claims.

Seven months into the pandemic and the skyrocketing need for unemployment pay, Arizona businesses are still getting a lot of unexplained claims.

"I get at least two a week," says Violet Maki. Maki works at a local healthcare business and says 30% of unemployment claims she gets come from people who never worked there. “I just got another one this morning," she says.

While we know thousands of people are still waiting for unemployment insurance, we don't hear a lot about businesses stuck in the middle. They are being used by scammers to set up fake claims, and hopefully to collect from them.

Maki says 30% of the claims that come through her office are fake. And she says that can hurt a business if not caught. "Kind of like any other insurance you pay a percentage of your wages. And if you seem to have a track record of people needing unemployment, that can drive your insurance rates," she says.

She says she examines every claim. And she tries to see if there are similarities in the fake claims to know where they may be coming from. "There are two that have similar names, same social security numbers, which makes one think some auto entity is just cycling them through," she says.

Maki worries that some businesses may be too busy now and not look at every claim. "If an employer doesn't do anything with this information in a timely manner, the claims are going to go through and it’s going to count against you."

Employers are advised to contact the state's Department of Economic Security if there's a fake claim. Maki says she did that with a list of names but did not hear back.

If you're a business still getting a lot of fake unemployment claims, we want to know rebound@abc15.com.