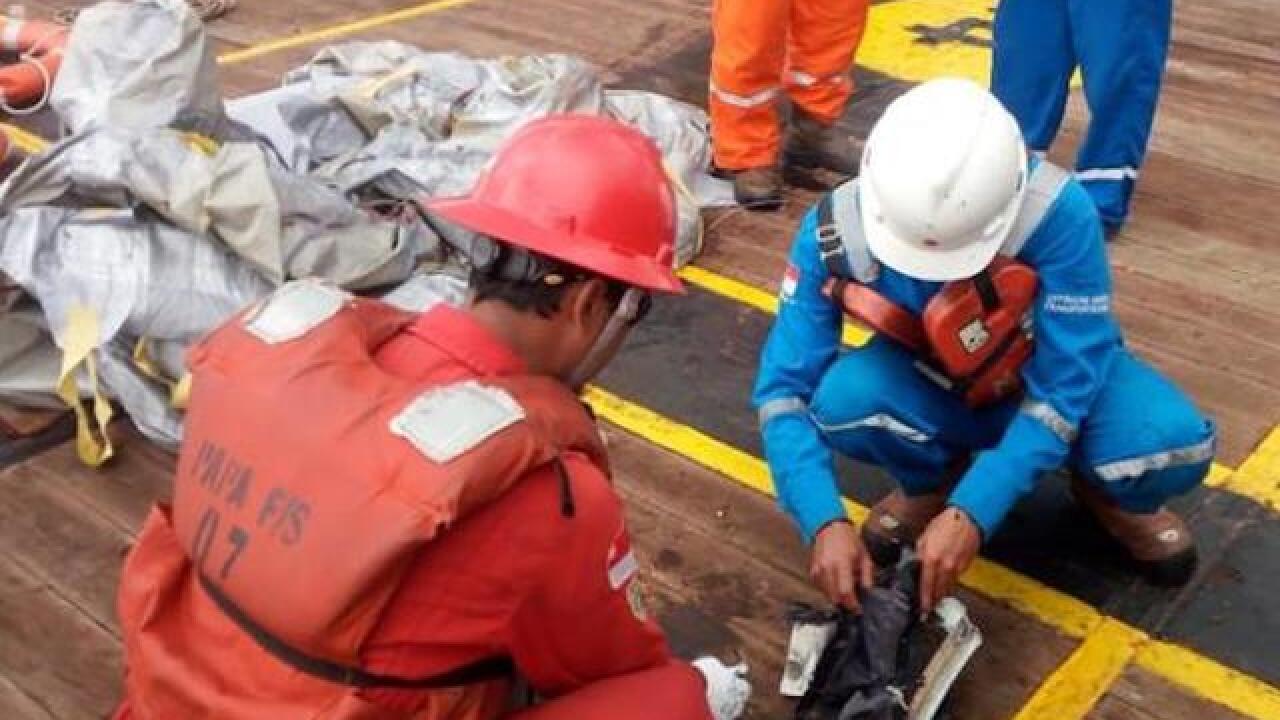 An Indonesian passenger plane carrying 189 people, including one child and two infants, crashed into the sea close to the capital Jakarta, 13 minutes after takeoff.

The Lion Air flight JT 610 disappeared from radar during a short flight from Jakarta to Pangkal Pinang on the Indonesian island of Bangka on Monday morning, according to Indonesia's National Search and Rescue Agency (SAR). It was carrying 181 passengers, as well as six crew members and two pilots.

The flight made a request to air traffic control to return to base about 12 miles out from takeoff, but did not indicate there was any emergency, Yohanes Sirait, spokesman for AirNav Indonesia, the agency that oversees air traffic navigation, told CNN.

The spokesman added that the aircraft would have been given priority landing upon such request, but that air traffic controllers lost contact with the plane shortly after. The plane had not turned back, according to the radar.

The plane, a new Boeing 737 MAX 8, had reported problems the night before on a flight from Denpasar to Jakarta Air Lion's CEO Edward Sirait told local media TV1 in an interview.

Sirait said engineers had checked and repaired the problem and reported that the plane was ready to fly. He added that Lion Air was preparing two aircraft to fly victims' family members from Pangkal Pinang to Jakarta.

The captain of the plane, Bhavye Suneja, an Indian national, had more than 6,000 flight hours, and his copilot, named Harvino, more than 5,000, according to a statement posted by Lion Air.

The plane took off from Soekarno-Hatta International Airport in Tangerang, Greater Jakarta at 6.21 a.m. local time, and had been due to land at around 7:30 a.m. in Pangkal Pinan, the largest city on the Indonesian island of Bangka.

Indonesian Finance Minister Sri Mulyani Indrawati said there were 20 ministry officials on board, who were returning to their posts in Pangkal Pinang after spending the weekend with their families in Jakarta for a public holiday.

Debris, life vests and a cellphone have been discovered in the water two nautical miles from the coordinates given as the crash site, SAR officials said. The fuselage has not yet been located.

Boats, a helicopter and 250 rescuers, including divers, were working at the crash site, some 34 nautical miles northeast of the coast near Jakarta in the Java Sea. The frogmen are searching in water up to 35 meters (114 feet) deep.

Images have been released by Indonesia Disaster Mitigation Agency showing officials examining what appears to be debris from the plane. Video shows an oil slick at the presumed site of the crash.

Authorities said they are still trying to locate the Emergency Locator Transmitter which is currently not transmitting.

Lion Air's President Edward Sirait said the plane was "airworthy" and that the pilot had carried out all pre-flight inspections according to procedure. Speaking to reporters at Lion Air's headquarters in Jakarta, Sirait said the pilots had passed mandatory drug screening.

'Everything is on the table'

Former accident investigator Alan Diehl told CNN it looks like the accident occurred after a "sudden departure from controlled flight."

"Air safety investigators will be looking at four broad categories -- mechanical, human, weather and criminal. It appears now that weather was not a factor but other than that, everything is on the table.

"Clearly if you're having an emergency you have to focus on troubleshooting first of all, and solving the problem, so you probably don't have a lot of time to talk to the controllers. The fact that they had enough time to tell them that they wanted to return, that is significant.

"The fragmented floating debris suggests that there's probably not going to be a rescue effort but they should certainly be able to recover the black boxes fairly expeditiously."

The aircraft was seen last on the radar at 6.22 a.m. at 2,500 to 3,000 feet, Soerjanto Tjahjono, head of the National Transport Safety Committee (NTSC) said.

A spokesman for the low-cost carrier confirmed to CNN affiliate CNN Indonesia that it had lost contact with the flight soon after take-off. The flight was last recorded in the Thousand Islands regency, an archipelago north of Jakarta.

Search teams are working on the assumption that the plane has sunk and were expected to use equipment to try to detect an underwater locator beacon.

Boeing, the manufacturer of the aircraft, released a statement saying the company was "deeply saddened" by the loss of flight JT 610.

"We express our concern for those on board, and extend heartfelt sympathies to their families and loved ones," the statement said.

The MAX versions of the 737s are touted for their LEAP jet engines which Boeing says "redefine the future of efficient and environmentally friendly air travel."

In its statement, Boeing said it was ready to provide technical assistance to accident investigators, and that all questions about the incident should be directed to Indonesia's National Transportation Safety Committee (NTSC).

According to the Aviation Safety Network, the airline was added to the European Union's blacklist of banned carriers in July 2007, and removed from the list in June 2016.