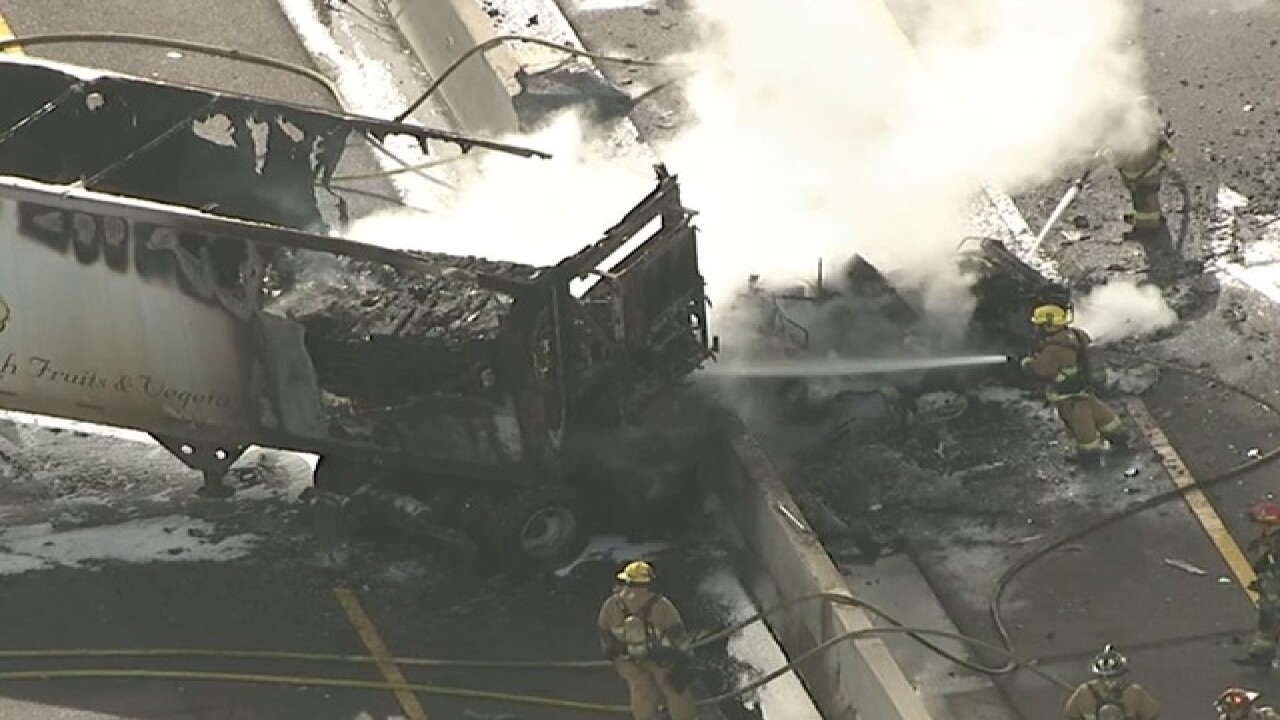 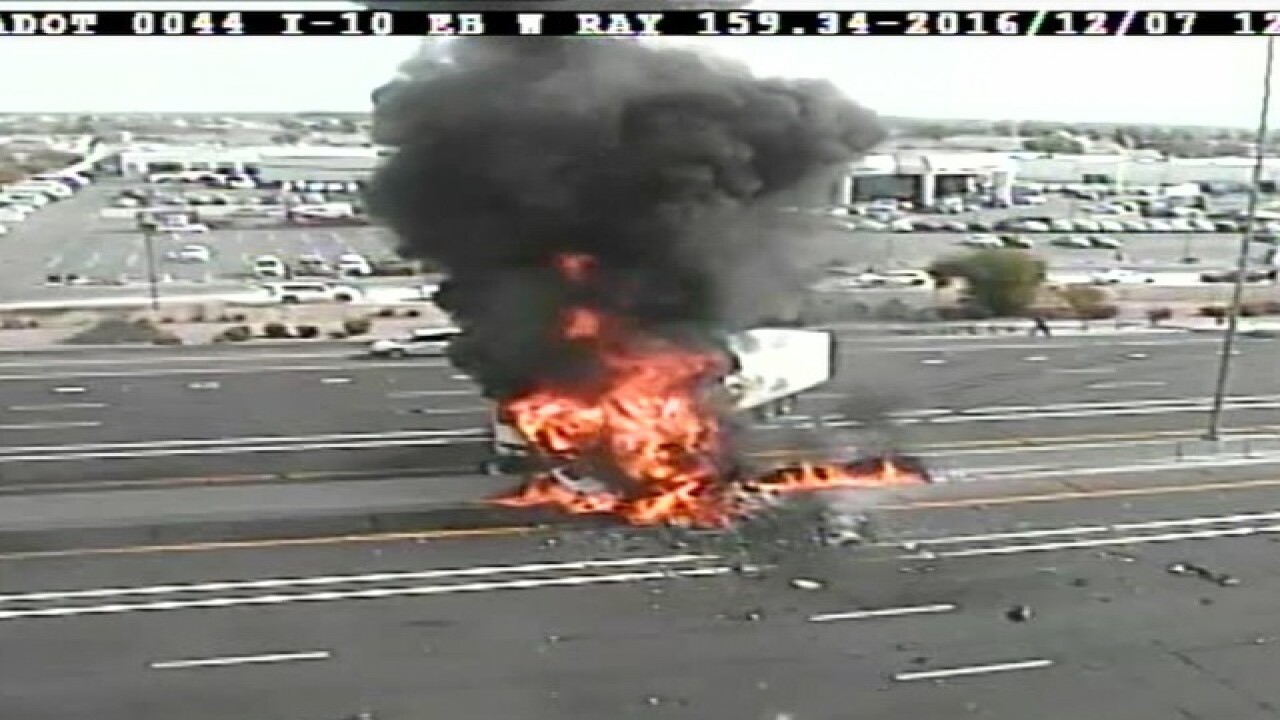 A portion of Interstate 10 has reopened in the East Valley after a semi-truck crashed into the median and caught fire Wednesday afternoon sending smoke into the air.

ADOT said in a tweet that two westbound lanes and three eastbound lanes were open. Restrictions will be in place for "a few more hours" while crews conduct their investigation and remove debris from the roadway.

The Arizona Department of Public Safety said the semi-truck drifted off the roadway and stuck a guard rail. The truck then traveled across lanes and sideswiped a pickup truck.

After hitting the pickup truck, the semi-truck hit the barrier wall where it burst into flames.

According to DPS, fatigue may be to blame for the crash.

Tempe Fire said that there were no injuries to report in the crash.

Heavy smoke and flames could be seen in the area after the truck caught fire.

Air15 video over the scene showed the flames extinguished, but the truck, said to be carrying vegetables, suffered major damage.

Non injury crash #I10 westbound is closed eastbound is restricted to one lane. West of Ray Rd. Fire extinguished. pic.twitter.com/dqVTaMZcTH

Drivers should avoid the area and are suggested to detour to Loop 101 or Loop 202.