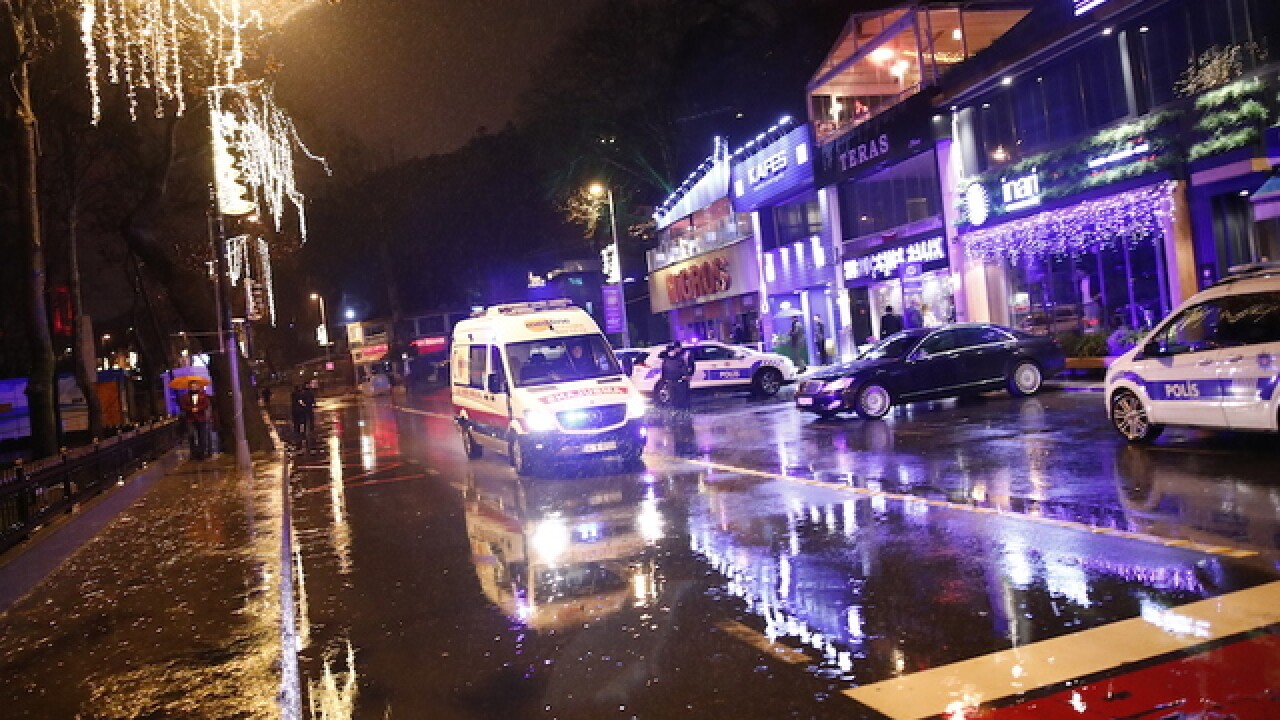 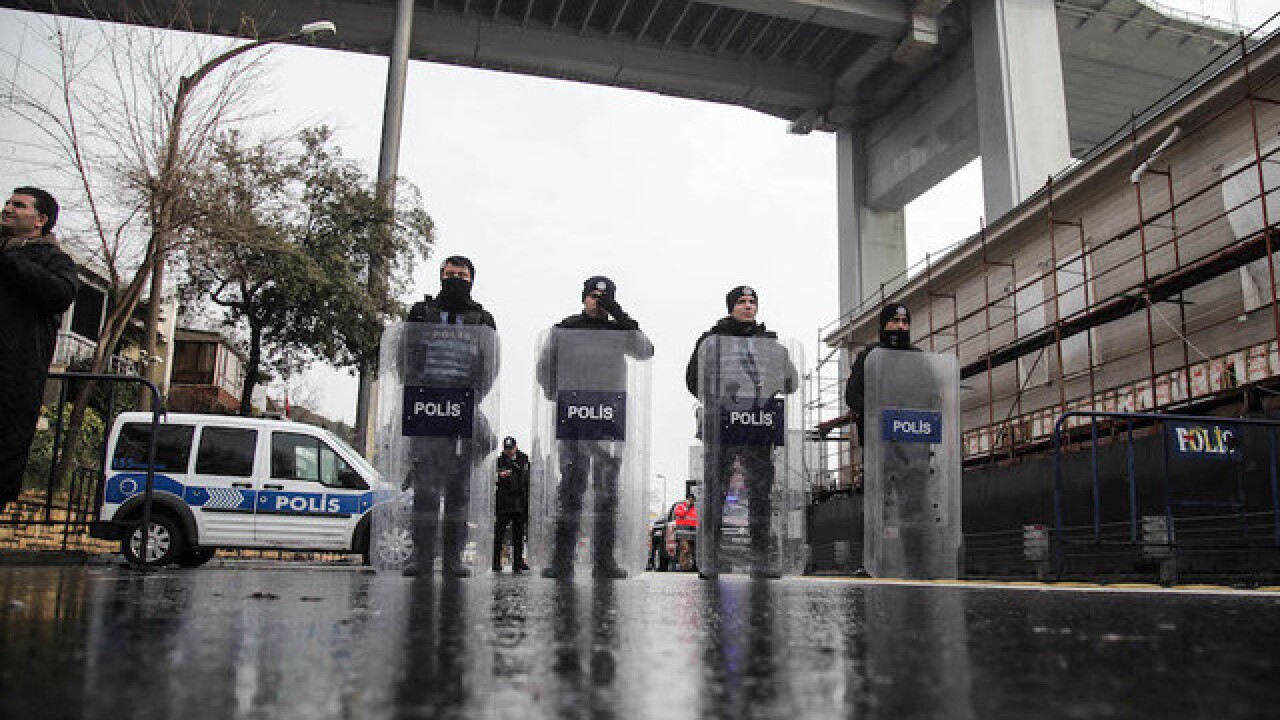 ISTANBUL (CNN) -- Lubna Ghasnawi was among the glamorous crowds of young partygoers gathered inside Istanbul's Reina nightclub to ring in 2017 in the early hours of Sunday when a gunman opened fire, killing her and at least 38 other people.

The 34-year-old entrepreneur was one of seven victims from Saudi Arabia who had traveled to Istanbul to attend New Year's festivities, according to Turkish state-run news agency Anadolu.

The deadly rampage on the waterside venue, later claimed by ISIS, was an attack on cosmopolitan Turkey. The target: a popular club frequented by the country's wealthy secular millenials and international celebrities.

Ghashwani worked full-time as a communications manager for one of Saudi Arabia's largest banks and also co-owned a start-up with her sister called Exclusave Card, the first student discount card in Saudi Arabia.

A friend of Gashwani described her as a "torch of energy."

"She was an optimist and loved going to new places ... laughter and happiness filled whatever place she went to," Seham al-Shahrani told CNN. "She was very ambitious and inspiring."

At least 27 victims of the attack were foreign nationals who hailed from 14 countries, including Lebanon, Iraq, Syria and Canada, according to Anadolu. At least 11 more were Turkish citizens.

These are some of their stories.

Khushi Shah, a young Indian fashion designer based in Mumbai, was also killed in the New Year's Eve attack. Shah, who had started her own fashion label, KhushiZ, had traveled to Istanbul for work three days before the deadly assault.

Shah's older brother, Akshay Shah, and her cousin, Hiren Chawra, were on their way to Istanbul to identify and repatriate her body, Shah's cousin Priyanka Shah told CNN on Monday.

Abis Rizvi, a budding director and film producer from Mumbai, was also killed in the attack, according to the Twitter account of Indian Minister of External Affairs Shushma Swaraj.

Rizvi was the director and CEO of Rizvi Group of companies, according to the website of the company, which is involved in the real estate, education and entertainment businesses.

"We are extremely heart broken and devastated to announce the sudden demise of Abis Rizvi. May his soul rest in peace," the film company Rizvi worked for posted on Facebook.

Condolences poured in from Bollywood after news of Rizvi's death broke, with actors and directors sharing messages of grief.

"Devastated by the death of my friend #AbisRizvi in the dastardly terrorist attack this morning in an #Istanbul nightclub," Bollywood actor Jaaved Jaaferi tweeted.

Pooja Bhatt, an Indian filmmaker and actress, tweeted: "Devastated to hear that our friend #AbisRizvi was shot dead in the Istanbul nightclub attack. My heart goes out to his family. RIP."

A Turkish security guard who was among the first to die in Sunday's attack had narrowly escaped a double bombing in the city just three weeks earlier.

Fatih Cakmak had considered himself lucky after surviving the attack on December 10 outside Istanbul's Vodafone Arena, where he was working security for a football match.

His father, Hassan Cakmak, said he is stunned that he survived his son, who was 32 years old.

"It was just a regular day. He lived at home. He went to work and now he's gone," Hassan told CNN at his son's funeral in Istanbul's Bagcilar neighborhood on Monday.

Ilyas Tas, owner of Favori Vip, the security company that Cakmak worked for, posted two photos of his former employee and friend on his Facebook page, writing that he "felt broken."

"When the attack happened last night, I heard it from other friends. I called Fatih till 5 am and his phone was ringing but he wasn't answering. I was so upset. It really hurt me," Tas told CNN. "Fatih was really great at his job. He was quiet and calm. Everybody loved him so much, that is why his funeral was so crowded."

Another victim, Kerim Akyil, had dual Belgian-Turkish citizenship, according to Anadolu and Belgian officials.

The Lebanese General Consul in Istanbul also confirmed the deaths of Elias Wardini and a third victim, Haikal Mussalem, NNA reported. According to the NNA, Planning Affairs Minister Michel Pharaon informed Wardini's family of his death on Sunday.

A police officer was among the dead, said Ali Seker, a parliament member in Istanbul, according to Anadolu.

Burhanettin Kocamaz, mayor of Mersin Metropolitan Municipality, confirmed his identity as Burak Yildiz. The 22-year-old was the youngest of three children and his brother is an officer in Istanbul, Anadolu reported. Many left condolences on his Instagram page.

Around 1:15 a.m. Sunday, the gunman shot a police officer who was guarding the front gate at the nightclub, killing him, Istanbul Governor Vasip Sahin said.

"He entered the club and attacked innocent people who were there to celebrate the new year. It was a cruel, coldblooded act," the governor said.

Witnesses in the club said they heard a loud noise, then a security officer told everyone to get out.

One victim said he didn't know how many attackers there were, but he saw one person and hid.

"I got shot in the (expletive) leg, man," he told journalists as he was taken into an ambulance. "These crazy people came in shooting everything."

The club issued a statement on its Facebook page Sunday.

"This terrible incident is a terror attack against our citizens' peace, brotherhood, serenity, economy, tourism and against our nation. Our hearts bleed and the bullets are in our heart," the statement read.

"Turkey is known to host these big parties to celebrate New Year's, but this year most citizens were wary of Islamist attacks so they chose to celebrate it at home with their friends," he said.

Mehmet Gormez, President of Religious Affairs, Turkey's religious authority, said that the attack was "savagery, horrendous" and that the "only nuance which differentiates the terrorist action committed tonight from others is that it aims to divide the nation and confront people from different lifestyles by inciting them."

The US State Department said attacks like this one on its NATO ally "only reinforce our strong determination to work with the government of Turkey to counter the scourge of terrorism."

ISIS and Kurdish militants both have staged attacks in Turkey, which is still reeling from a bloody and failed military coup in July.

ISIS is suspected in a June attack at Istanbul's Ataturk Airport that left 44 people dead and an explosion at an August wedding, not far from the border with Syria, that killed at least 54 people.

A pair of bombings in Istanbul killed 44 people and wounded 155 others December 10 in an attack by a breakaway group of the PKK. The two explosions occurred after a heavily attended soccer game at Besiktas Vodafone Arena.

On December 17, a car bomb exploded near a public bus, killing 13 soldiers in the central province of Kayseri. Three days later, a gunman assassinated Russia's ambassador to Turkey at an Ankara art gallery.