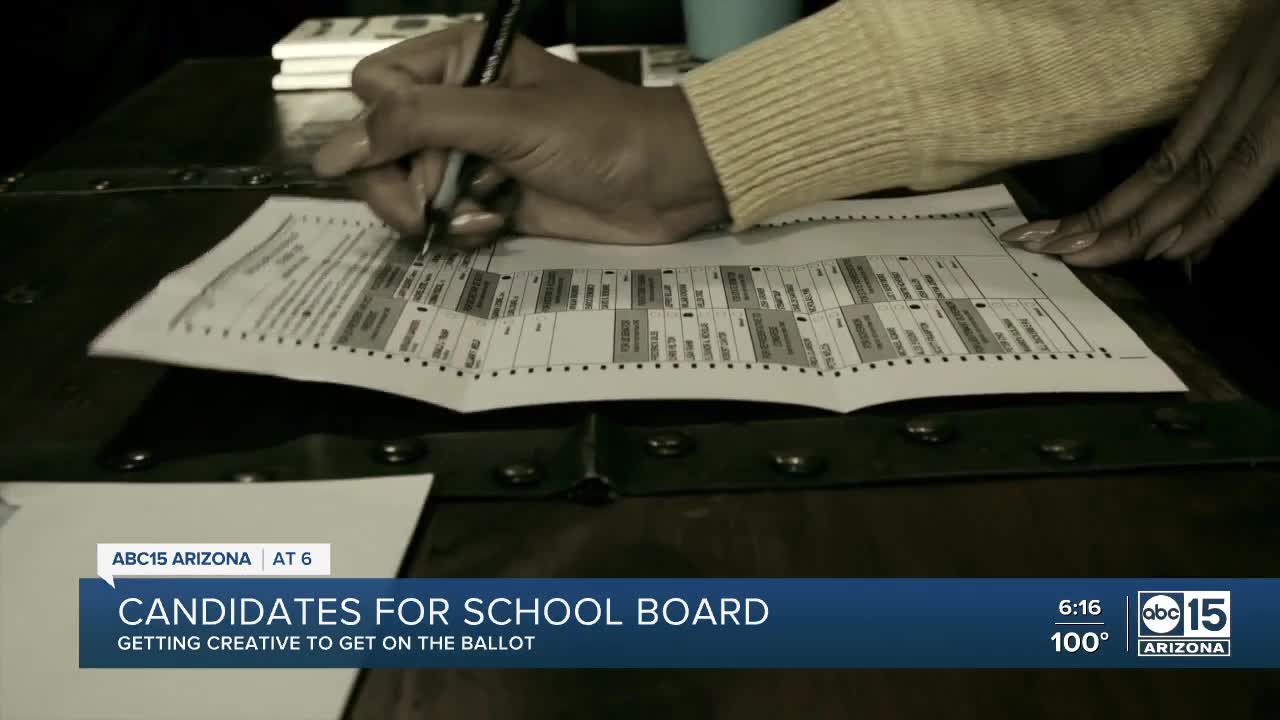 Candidates for local school boards are getting creative amid the coronavirus.

PHOENIX — As school governing boards across the state make life-changing decisions, dictating how and when more than a million students will start the new year, future board member hopefuls are gearing up for the November election. The pandemic, also impacting their efforts to make the ballot.

Trine' Nelson is all smiles under her mask. She has well over the 400 required signatures to run for a spot on the Kyrene District's school board. Getting there was not easy. Traditional canvassing tactics like door knocking, public gatherings and handshakes were cut short by COVID-19.

"It became kind of a virtual grassroots canvass," said Nelson. "I would drive around the district in what my kids call the petition taxi, you know people would want it under the doormat and then people would come pick it back up again."

Ivan Alfaro is also running for a spot on Kyrene's board. He too had no choice but to get creative.

"I knocked on quite a few hundred doors and I think people are just a little apprehensive to open the door to anybody during this climate," said Alfaro.

Maricopa County Superintendent of Schools Steve Watson says there are roughly 150 school board positions up across the county.

"We have tried to be as flexible as we possibly can for the candidates," said Watson.

Some candidates did drop out because of coronavirus concerns, but Watson says he is confident those who make the November ballot will be more than capable of doing the job.

"It's challenging, but this is the most grassroots kind of campaign for an elected position that we have," Watson said. "The elected official closest to the community is your local school board member."

Candidates had until Monday, July 6, to get signatures in and verified. If any boards end up with vacancies the Maricopa County Superintendent will appoint someone to fill the position.