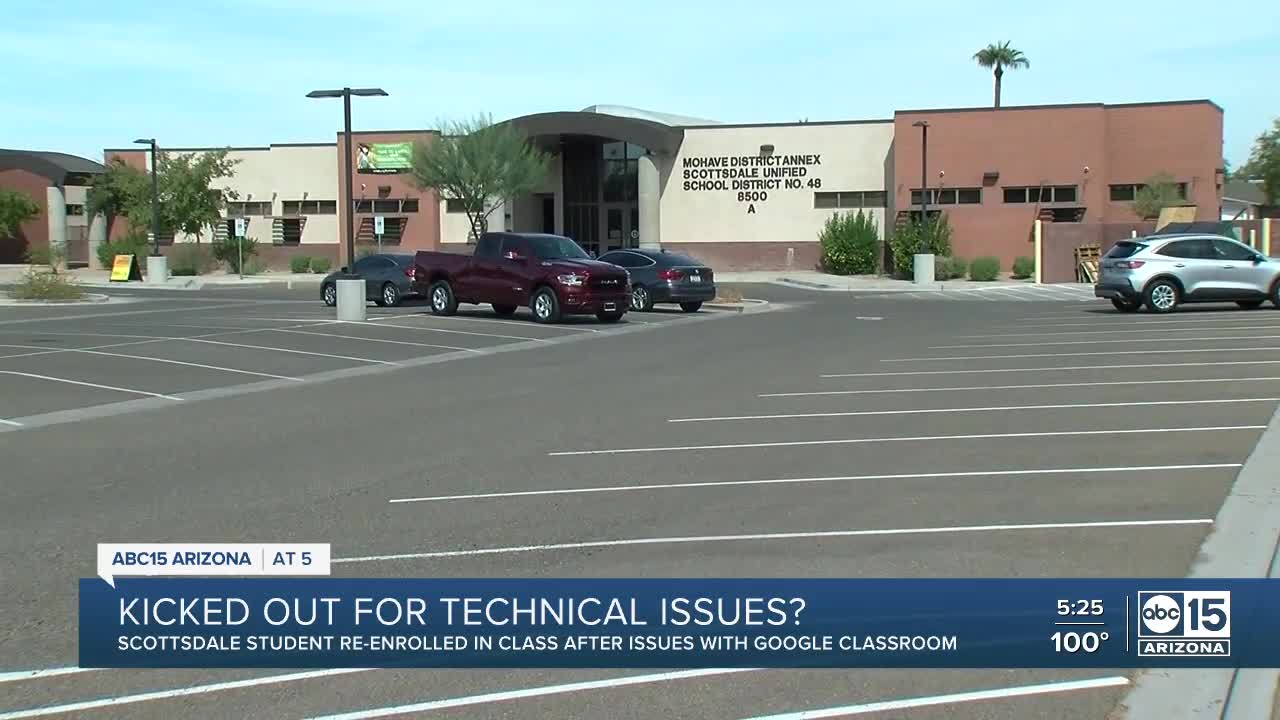 Mother questions why daughter was withdrawn from school after technical issues in online classes. 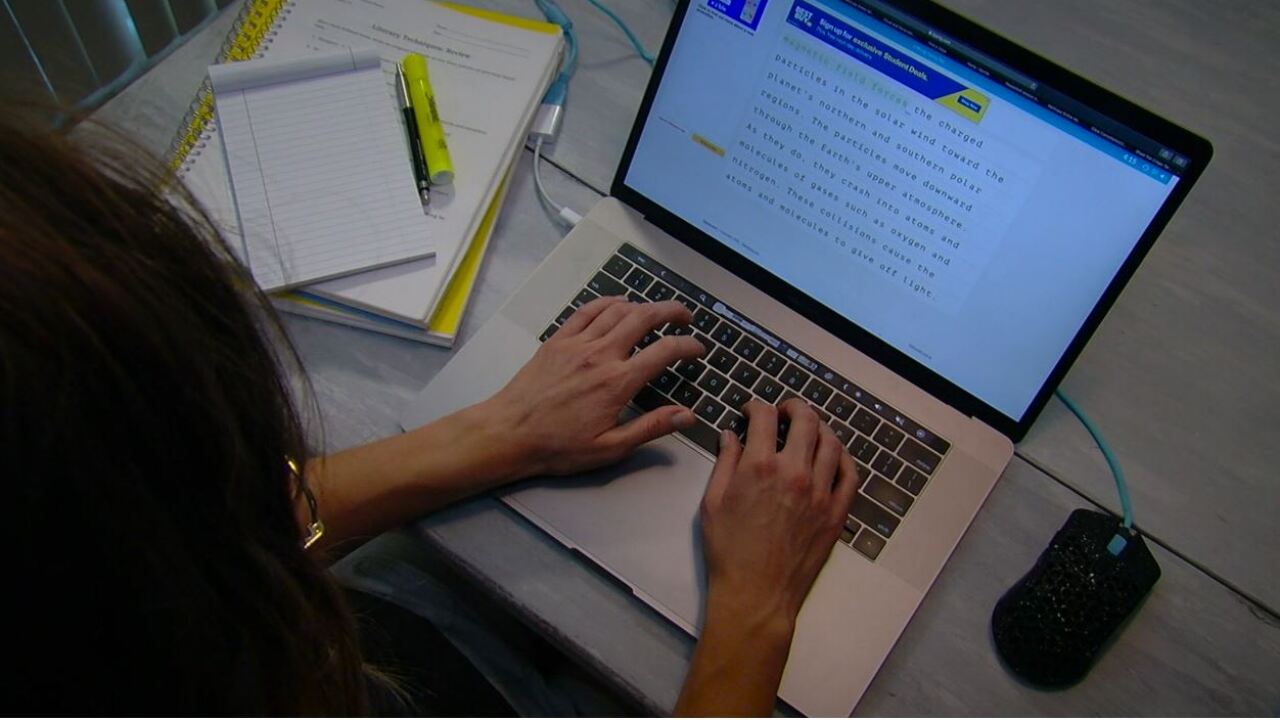 SCOTTSDALE, AZ — It has been an unusual start to the school year across the country. Many districts opted to start the year with online classes only, due to the COVID-19 pandemic.

This has proven to be a challenge for teachers, students, and their families. As with anything online, technical problems are usually a part of the package.

So, what happens if a child's computer freezes or they are kicked out of their Google classroom during class?

It kept happening to a 13-year-old student from Scottsdale's Mohave Middle School.

The child's mother reached out to ABC15 extremely upset after receiving an email from the school, notifying her that her daughter was no longer a student there.

The letter from an administrative assistant at the school read: "This is to inform you that <student> has been withdrawn from Mohave Middle School due to her excessive unexcused absences pursuant to A.R.S. 15-901(a). If you wish to re-enroll her at Mohave, you will have to go to susd.org and enter a new registration and come to our office with your I.D. and proof of residence."

Jodie Larson tells ABC15 her daughter had emailed her teachers letting them know she needed help, but got no response.

Both parents work full-time jobs, so the 13-year-old child was home alone, attending school online. Larson said her child could not understand the instructions given to her by the I.T. help desk, so she had reached out to teachers for help. Larson said she also tried to email her daughter's teachers.

Finally, one teacher reached out, concerned about the child's falling grades. Larson said the teacher recommended the child speak to a school counselor.

"I told the counselor, I said I need help. I don't know what else to do," said Larson.

When the school counselor got involved and tried to flag all of the child's teachers for help, Larson said she thought they were finally getting the help they needed. Then she got the email letting her know, her daughter had been withdrawn from school.

"They informed me Arizona state law says after ten unexcused absences we have to withdraw them, and I said you guys have never sent me a letter, you never called me. We have been trying to reach out for help for a while. We spoke to the school counselor. They gave me no warning, no phone call. Just an email," said Larson.

She added that it has been stressful enough for her and her husband to have to leave their daughter at home while they go to work.

ABC15 reached out to the Scottsdale Unified School District to find out what help was available for students experiencing technical difficulties, and whether it was the standard operating procedure to take the drastic step of withdrawing a student from school by email, without talking to the student or the family, especially during a pandemic when so many families were struggling.

"We respectfully decline to comment on this. We would never share or discuss a student's educational, discipline or other personal situation through the media. Although it was the parents' choice to bring this situation to the media, we, as professional educators and administrators, are bound by FERPA laws and, in that regard, would be unable to communicate. I have referred this situation to other District officials for further review. Thank you for reaching out."

ABC15 reached out to the district spokeswoman again, stressing we were asking about help available for all families and policies regarding student withdrawal in general. This information was not a violation of any student's privacy rights.

The spokesperson wrote back to us a second time, stating:

"And I respectfully declined, twice now, to respond about this situation. In general: Our public Facebook pages on all 29 schools and the District contain posts about the IT helpdesk and we have this information in our weekly parent letters. This has been the regular course of information for the past 7 months - regular updates including special and extended help desk hours. One example is this week, even though the District is closed, our helpdesk is open. Our handbooks for grade levels are found online at https://www.susd.org/Parents."

Since ABC15 first started looking into this story, the child's family informed us they have met with the principal of Mohave Middle School, and they have agreed to re-enroll her back into all of her classes. The school has also issued the student a new laptop, which seems to be working well.

Larson said she wanted to share their experience because she worried other families might be facing similar problems.

"I just think that they have to take into consideration that everybody is having a hard time they need to have more compassion," said Larson.