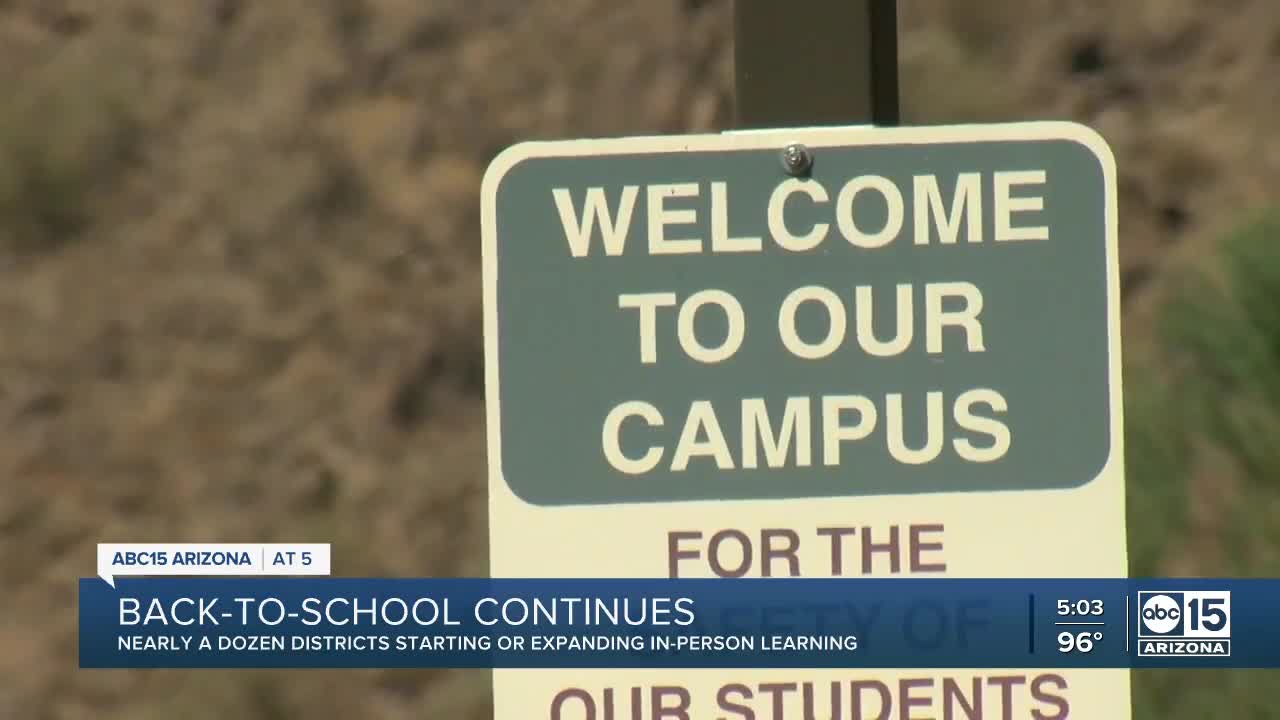 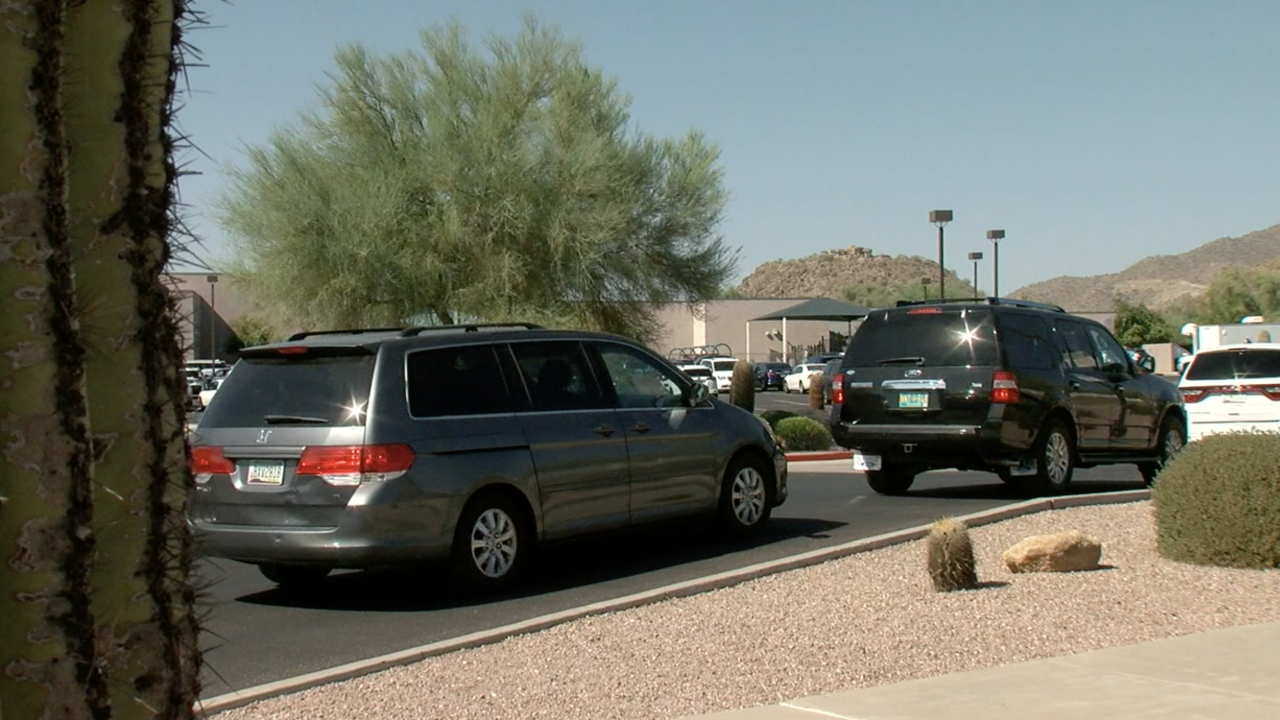 MESA, AZ — A back-to-school wave happening across Maricopa County with more than two dozen districts either starting or expanding their in-person learning options over the next two weeks.

"I think today was a little bit more crazy because obviously you have double the amount of students," said Laura Crandell, who was just one of many parents rolling through the long pick-up line at Zaharis Elementary School Monday afternoon.

Crandell's daughter, Maddie, is in kindergarten. The family has been pushing for more in-person options for months.

"It's exciting now that we're here, it's after October break and five days a week so, it's great," Crandell said.

In August, ABC15 got an exclusive look at how school leaders were preparing to reopen. We saw stockpiles of PPE, strategic classroom setups and spoke with school nurses who were getting creative with their resources, preparing for an expected influx in student visits.

"Right now, the entire school community is going to be on the front lines," said Christine Mahoney, the district's resource education nurse.

As of the most recent update on October 8, the Mesa Public Schools' COVID-19 Dashboard shows 28 active cases. Nineteen of those cases are students, the other nine are labeled only as "adults." Most of the cases were reported at the high schools.

Mesa Public Schools has close to 70,000 students and staff. An update to the governing board in late September showed 33 percent of district families chose to stay in remote learning.