In midst of pandemic, universities prep for fall classes 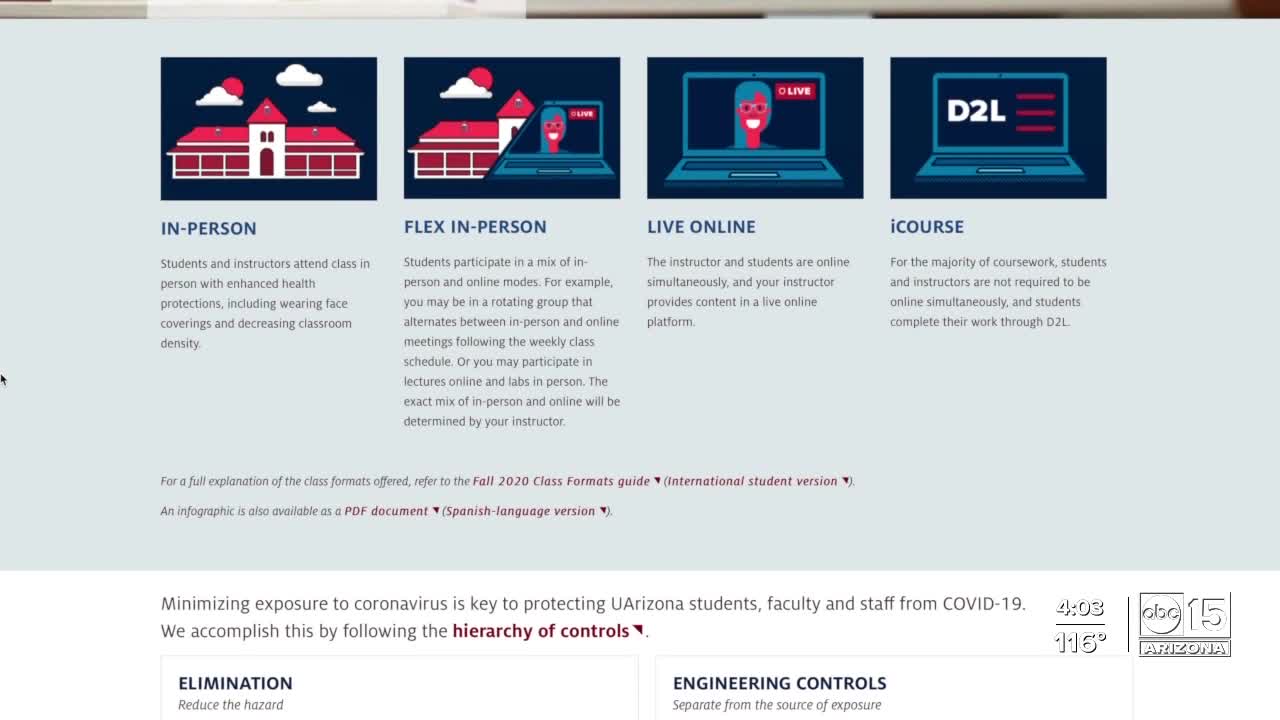 ASU, NAU, and UArizona all preparing to reopen for the upcoming school year in various forms during the COVID-19 pandemic. We take a look at each of their plans and what students can expect. 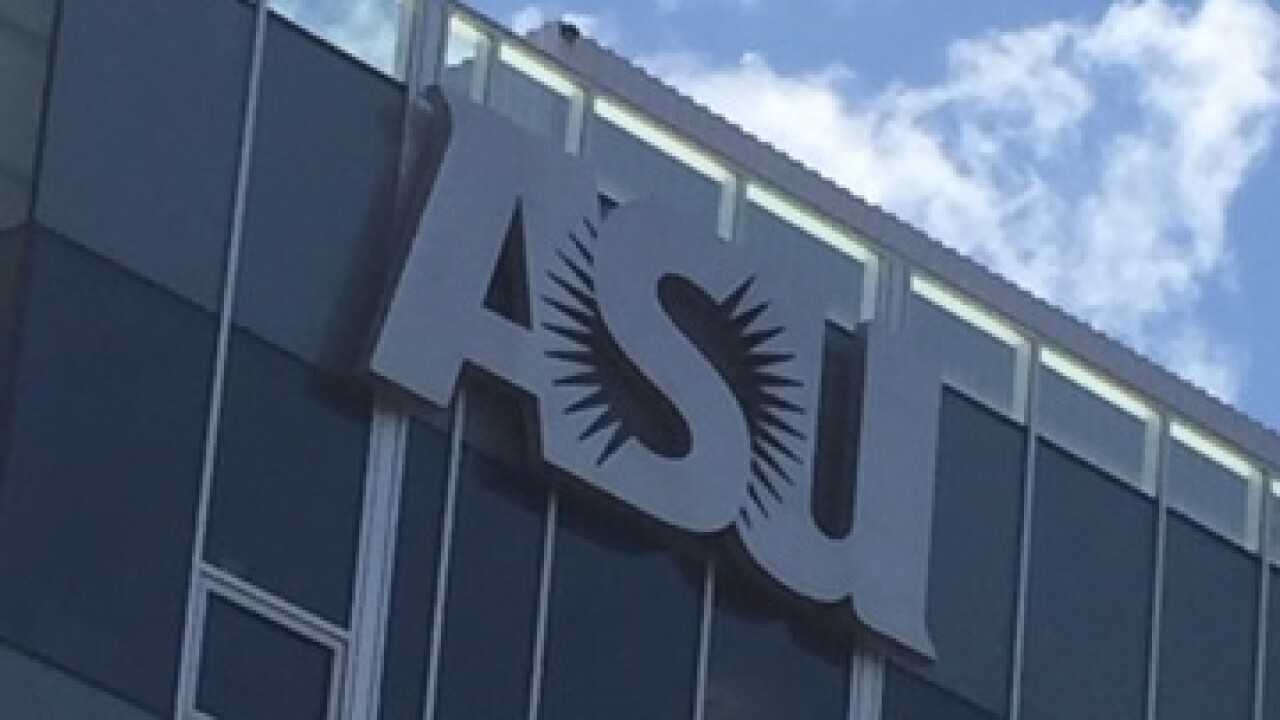 PHOENIX — Universities in Arizona are preparing for the start of fall classes in the midst of a pandemic that could shakeup plans for the semester.

On Thursday, University of Arizona President Dr. Robert Robbins expressed confidence in plans put in place for the resumption of classes, set to begin August 24.

The University of Arizona offers various models for students to choose from, ranging from online to in-person or a combination thereof. As classes begin on August 24, the first two weeks will see a ramp-up of the number of students on campus. Robbins said roughly five-thousand students will be on campus the first week, geared toward classes that are more necessary for in-person gatherings, such as a lab. Others still start online. Robbins said roughly 14,000 students will then be on campus the second week, with as many as 30,000 the week of September 8.

"I want to emphasize that we're not forcing anyone to come back on campus," Robbins said.

Robbins said the plans they have put in place depend on how well people adhere to them, as well as public health conditions.

"We have a plan and we have confidence that our students, faculty and staff will carry it out," he said. "But if we see non-compliance, or if the public health conditions require, we will shut this down."

ABC15 asked what data or metric would serve as a trigger point to make changes or shut down in-person classes.

"There is definitely not one specific data point," Robbins said. "I would say that we will take the composite data, we will look at it and we'll make decisions on a daily basis."

"If we see a trend starting, we can make some decisions to curtail some activity that might be risky, working with the community to tighten things up outside," Carmona said. "But if a trend continues that appears to increase transmissibility or risk, the President made a commitment that we'll have to shut down and go all digital."

Robbins said even with reduced dorm capacity of 6,600 beds, down from a typical 8,000, only about 5,500 are reserved so far. He also noted that roughly 7,000 people have been on campus throughout the Summer, which has not produced a COVID-19 outbreak.

120 miles north, Arizona State University is scheduled to start fall classes on August 20. ASU President Michael Crow wrote a public letter this week, reaffirming their plans to move ahead. The university is also offering a variety of options for students. A university spokesperson told ABC15 that ASU students who choose in-person classes will be able to switch to online if they end up preferring that option.

Also on Thursday, ASU announced a requirement that students will need to provide proof of a negative COVID-19 test before moving into university housing. The university is offering free testing for students. ASU Spokesperson Katie Paquet told ABC15 as of now, roughly 15,000 people plan to utilize university housing, which is near capacity.

Asked what metric would trigger ASU to reassess in-person classes, Paquet told ABC15 if trends were to take a dramatic turn for the worse.

Meanwhile, Northern Arizona University is set to start virtual classes on August 12, with in-person classes becoming an option on August 31.

Grand Canyon University is set to begin fall classes in September, with more information posted on their website.

All of the universities tout preventative measures. Still, University of Arizona President Robert Robbins said Thursday he knows some people are still concerned about safety in returning to their campus.

"Certainly, if you're from a vulnerable population, if you have any comorbidities, or if you're just afraid and you don't want to do it, don't come back," he said. "We support that."