Hundreds rally at the Capitol to reopen Arizona schools 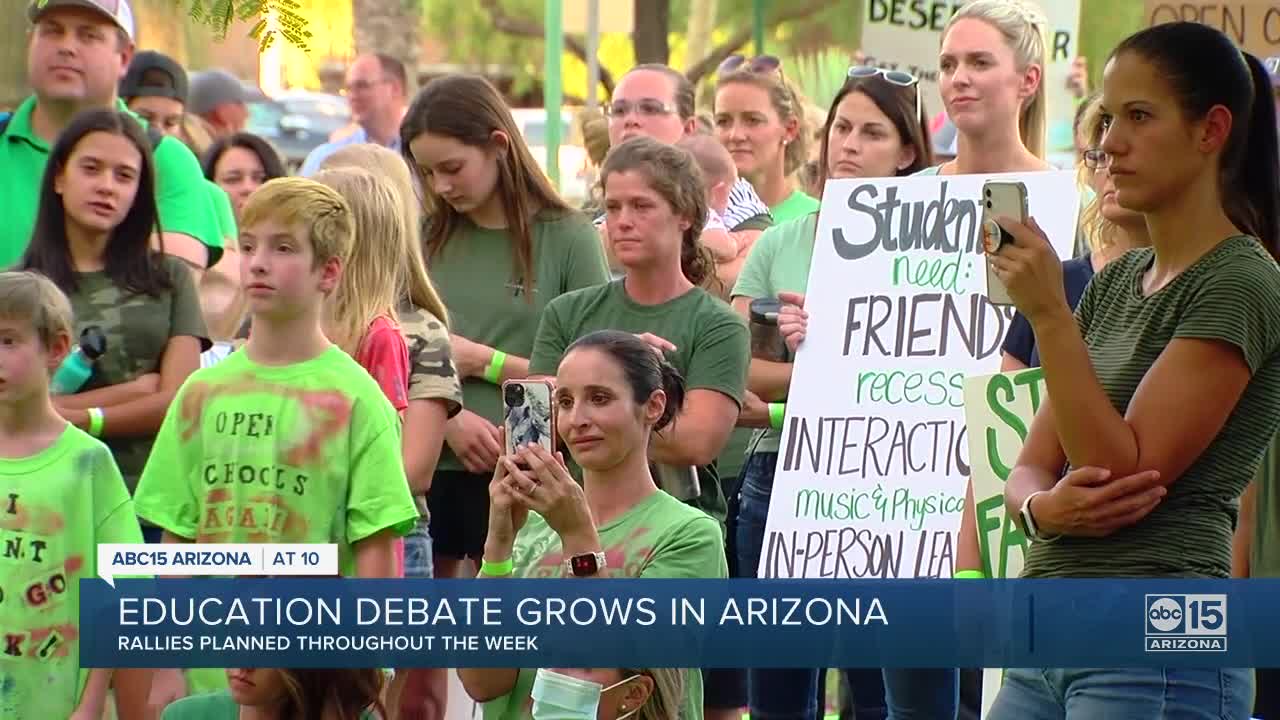 Rallies planned throughout the week to push to reopen Arizona schools. 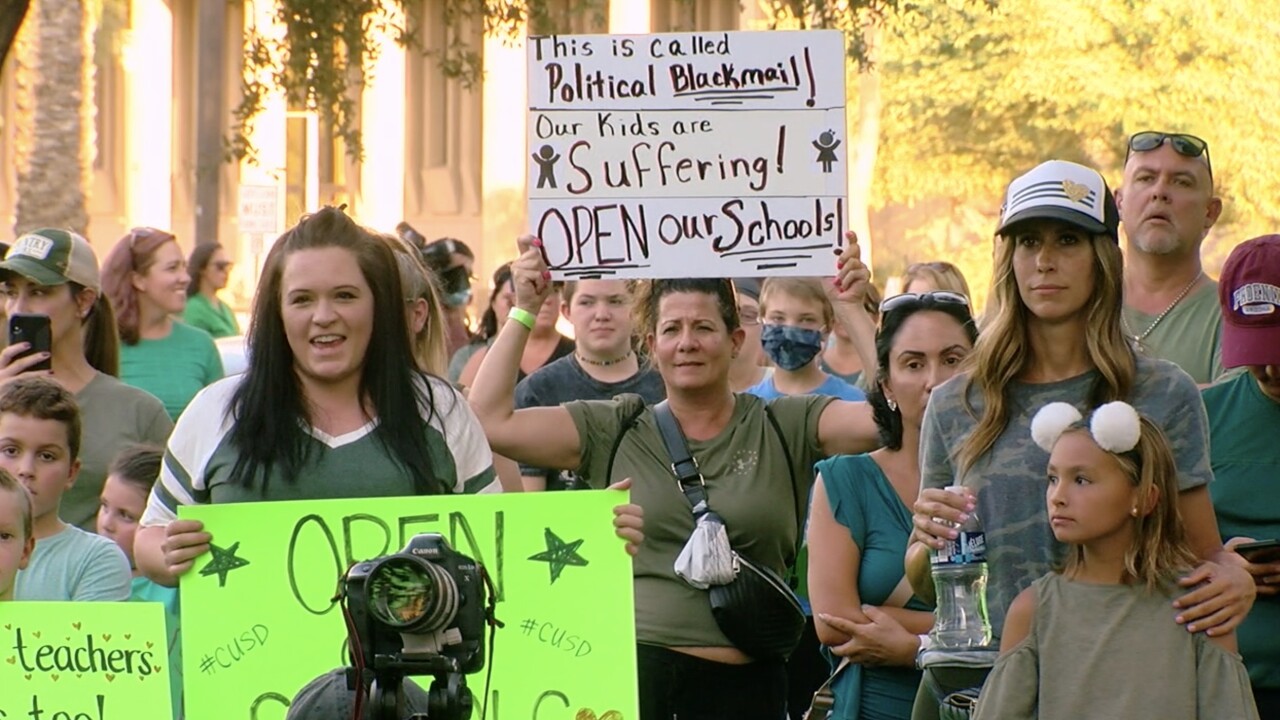 PHOENIX — Hundreds of people packed the Capitol grounds Monday night, rallying to reopen schools for in-person learning despite warnings from the state that it is not safe.

"I'm tired of having countless conversations with teachers whom I love and support who feel like they can't use their voice, but want to be back in the classroom," said one high school senior as she addressed the crowd. "They aren't listening to us, they are not paying attention to us."

Parents, wearing green, demanding the green light to get students off of screens and onto school campuses.

"We need to have a choice," said Brittny Smith, who has four children in the Mesa Public Schools District.

"It's impossible and what we’ve been provided by our school district is completely inadequate," said Rachelle Liddle, who recently pulled two of her four children from public school and enrolled them in a micro-schooling program.

They voiced concerns over social-emotional wellness, families who need critical support services and point to the Arizona Department of Health Services' own guidance, which cites, "little evidence of efficient transmission in school settings," and says, "special attention should be given to prevent staff-to-staff transmission."

"It's not just because I want somewhere for my kids to go so I can get other errands done," said Liddle. "That is absolutely not anything to do with that."

The State Capitol has really become ground zero for the growing tension and debate surrounding this issue. Medical professionals and educators in recent weeks, standing in the very same spot, saying even the idea of reopening schools is downright dangerous.

The state released a set of benchmarks last week to help guide districts as they decide how and when to offer in-person instruction.

By that data, no county in the state can safely reopen schools right now.

Many of the families at Monday's rally say those metrics are not realistic.

"Eighteen weeks this year, school would’ve been canceled if we had to meet the same statistics, the same metrics for the flu as we have to for coronavirus," said Smith.

When asked about a majority of the crowd not wearing masks and accusations that protesters do not care about teacher or student safety, Smith said, "I would say nobody cares about their kids more than parents. Nobody wants to put anybody at risk here, but we also have to think about the whole health of the child."

On Tuesday similar rallies are planned in the Gilbert, Mesa and Queen Creek school districts.

This as QCUSD is set to discuss the state's health benchmarks and their in-person start date during Tuesday night's board meeting.