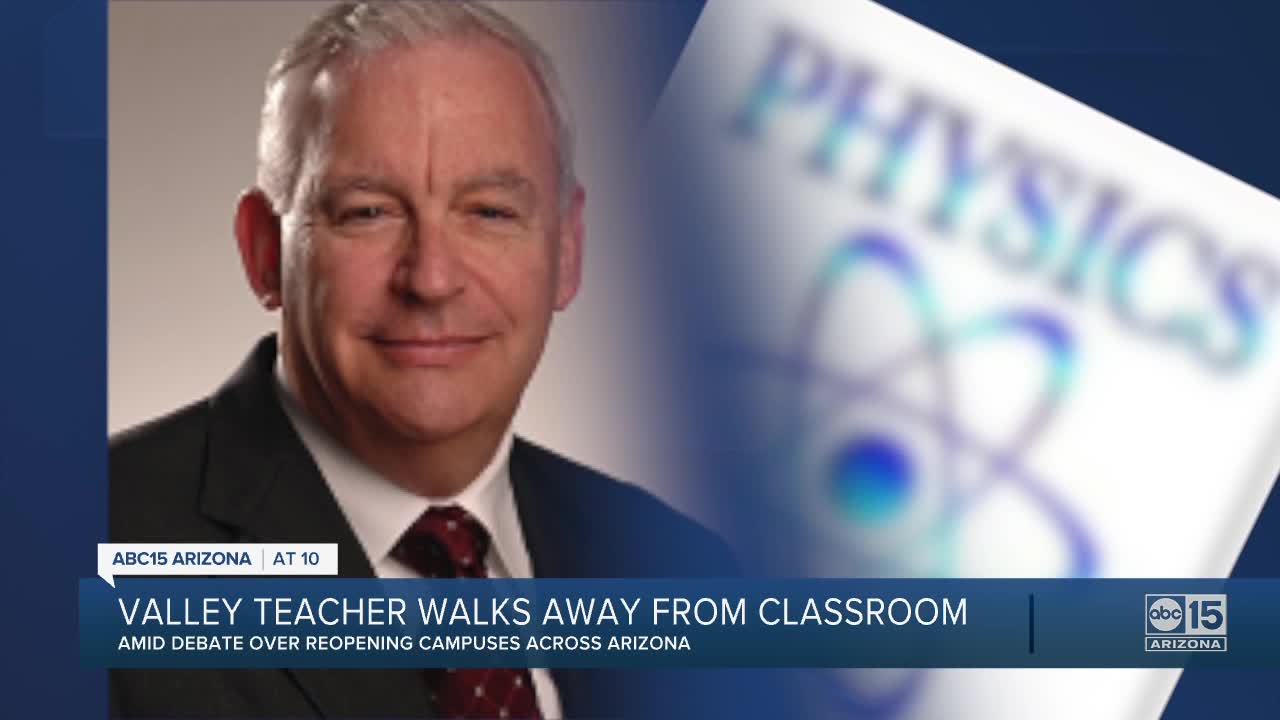 Dr. Gary Cort was supposed to retire four years ago.

The former physicist worked for the Department of Energy at the Los Alamos National Laboratory for 17 years. He’s also led major projects for NASA, worked as a Senior Manager at Intel, and was formerly the Vice President of BlackBerry.

Instead of hanging up his hat after so many years, he decided to keep working, this time with teenagers.

“I used to tell my colleagues that I left for the day after six hours with more energy that I arrived with,” said Dr.Cort. “I just suck the energy out of these students.”

His post-retirement job became a passion project. Dr. Cort started working as a Physics teacher at North Phoenix Preparatory Academy in 2016. The school off Greenway Road and SR 51 is part of Great Hearts Academies, one of the largest charter school chains in the Valley. It operates 22 academies in the Phoenix-metro area.

“To watch them grow into adulthood and watch them tackle things that they had no idea they could do, in fact, they were completely intimidated before we started,” added Dr.Cort. “Then, to see them master those things and gain that confidence and bring that forward to the next thing is an experience that is absolutely incomparable.”

Dr. Cort though, handed in his resignation months earlier.

“It is something that I deeply miss right now. There’s a hole in my life where that used to be,” he said. “I am a physics teacher, I can do elementary mathematics, so looking at the infection rate, it was clear that bringing kids back into that school was just irresponsible.”

Dr. Cort cites health concerns with returning back to the classroom himself, but was initially optimistic.

He says he presented an online version of his curriculum to administrators at North Phoenix Prep in June.

“My proposal was taken up by the headmaster to the corporate level and they said absolutely not we will not do that and if you can’t do what we want, you’re not welcome,” Cort explained. “It’s a pretty insulting message. It demonstrates no consideration for the sacrifices that these teachers make every single day.”

So, Cort says he chose to resign. Still, he remembers how much went into building a relationship with his students.

“Just the interactions with the students, being able to share my experience with them and see the lights go on when they got it,”he added. “It was a tremendously rewarding experience.”

So, Cort says he’s still hoping to make making an impact from home.

“There are a handful of students who are struggling with the coursework,” he said. “They call me after hours and I do tutoring sessions with them to help get them up to speed.”

Cort says he’s also made himself available to the teachers now teaching the course he developed, hoping to better navigate them through the two-year plan.

“Any rational person is going to care about their own health and the health of their family before anything else,” he added. “To try to make them feel guilty about a decision like that is a really a mean spirited sort of system.”

Dr. Cort worries students may see more experienced and dedicated teachers make the same decision, and could lose out on a better learning experience.

“I think you’re going to see more and more teachers saying you know I can’t take this risk, and as a result, the quality of education is going to be somewhere between zero and very low on the average.”

The Great Hearts schools exist to serve their communities to the very best of our abilities. They are set to re-open on a rolling schedule through September 11 with the best protective practices we can sustain, including a COVID testing program for faculty and families, and remote instruction accommodations for teachers who are especially vulnerable.