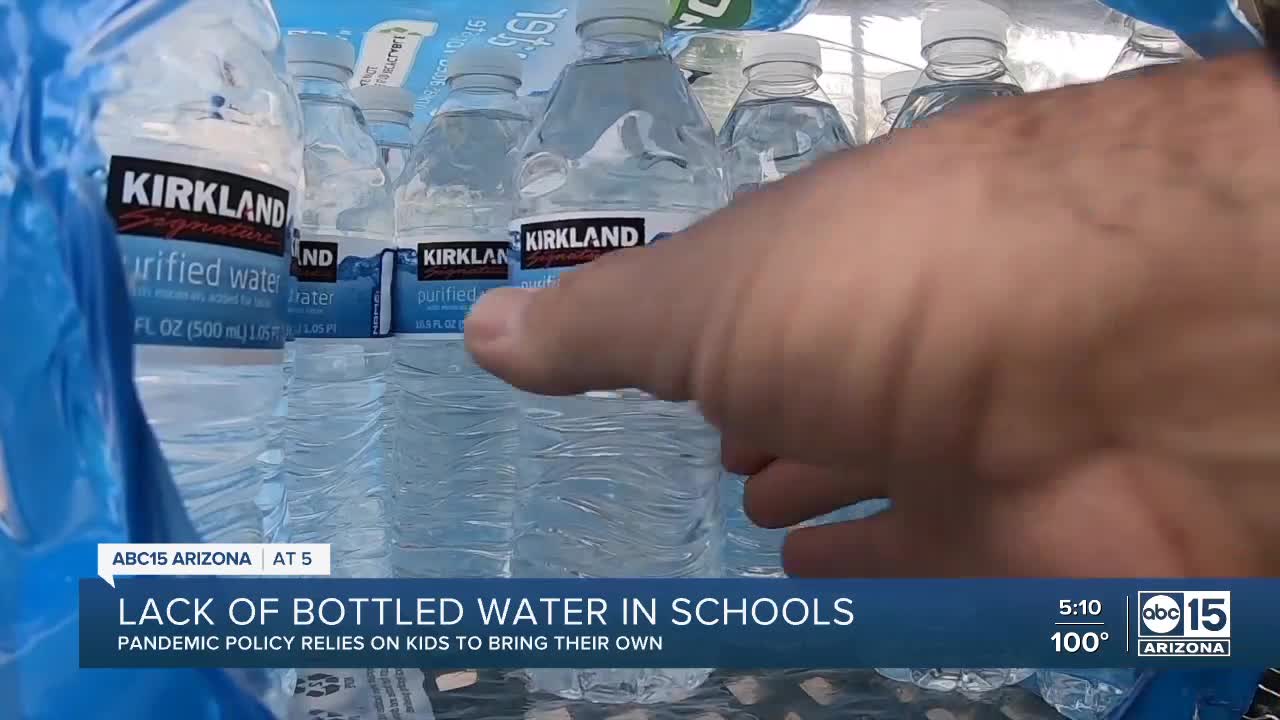 Pandemic policy relies on kids to bring their own. 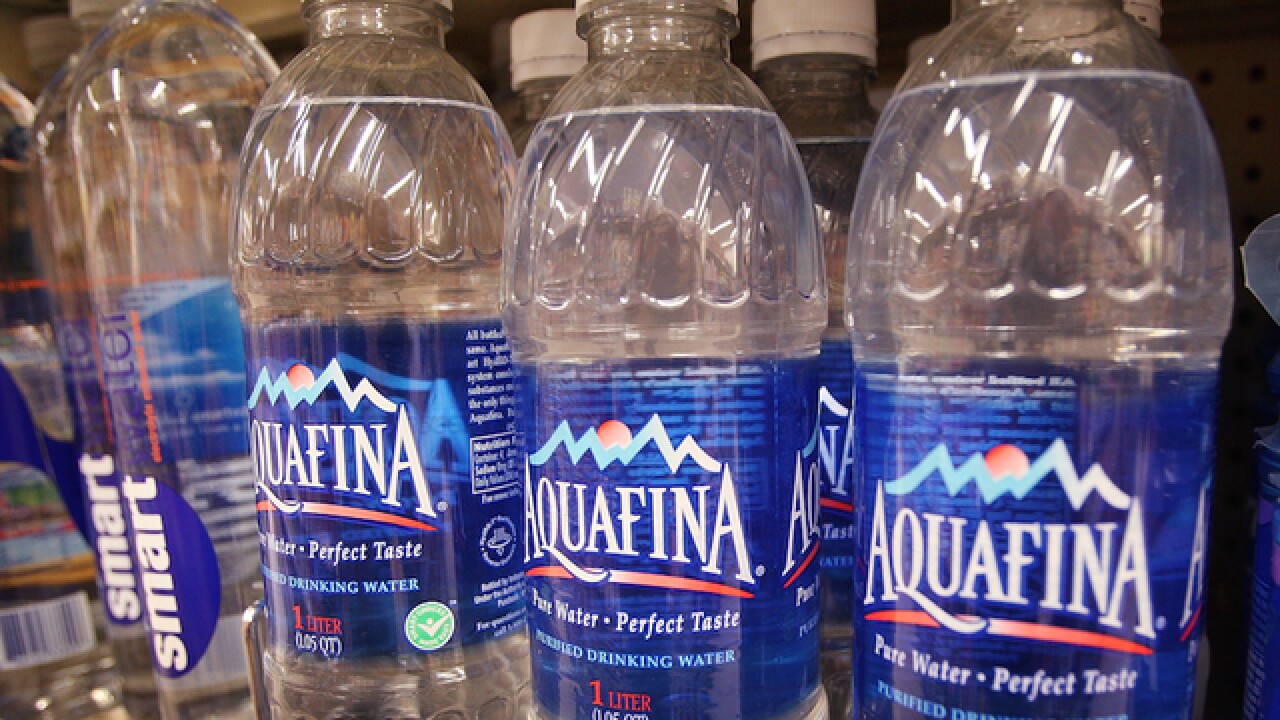 MESA, AZ — The COVID-19 pandemic is highlighting a unique problem some Valley schools are now facing. With water fountains closed off to students to prevent the spread of the virus, there is a need for bottled water for students.

While schools have asked students to bring their own bottled water from home, there are times a student forgets. A concerned mother reached out to ABC15 after this happened to her 12-year-old son, she says staff refused to give him bottled water, saying they simply did not have any.

"My son rode his bike to school. He rides 1.9 miles to get to school. When he got to school to get a drink of water, he realized he forgot his water bottle at home. He immediately called me, which at that point I'm already at work, teaching a class so I couldn't get out there to him," said Shawni Banner. She told her son to go to the front office at Poston Junior High, where he was a student, and to let them know he needed water as he had forgotten his bottle at home.

What happened next had Banner outraged. Her son called her back to tell her, he had been told they did not have any bottled water for him.

While Banner understands the need for students to bring their own bottled water to school, she admits, her son simply forgot that morning.

"We are human, we have so much to remember, he just forgot," she said.

Frustrated with the situation, Banner posted her concerns on social media. The comments highlight an issue many schools are facing.

One mother commented that her child's school had an on-going water bottle drive and that their Parent Teacher Organization had put together an Amazon wish list to get Brita filters for every teacher's classroom.

Another mom wrote that her daughter drank her water then had to refill it from the bathroom sink at school.

Another stated her school had a mother set up a Venmo account to get donations to buy cases of water for every class.

A teacher also chimed in saying she had extra cases of water in her classroom for students who may have forgotten their bottles.

"They can provide masks but they can't provide water? I don't know," said Banner. "Really, like get the kid some water. They couldn't even have given him a cup to fill it from a fountain?" she added.

ABC15 reached out to Mesa Public Schools to find out what the water situation is like at their schools.

A spokeswoman sent this statement:

"Poston Junior High currently does not have extra water bottles on hand for students that might forget to bring their own. School administration is exploring ways to have free water bottles available for students when needed. Water bottles may be purchased at an on-campus vending machine or in the cafeteria. Schools are always appreciative of parent or community groups who can help support needs such as this."

ABC15 asked if this was just the case at Poston Junior High or all of their schools. A spokeswoman said they had not polled all of their schools but "each school is different when it comes to parent/community donations. If there are organizations that would like to donate new, reusable water bottles to Mesa students, we would gladly welcome them at the district level, then we can dispense the bottles to any of our schools that need them. A great place to start is by reaching out to us at info@mpsaz.org."

Several concerned mothers who saw Banner's post stopped by the school on Tuesday with huge cases of water. Banner herself donated a large case of water to her son's school with a label stating "I would like to help students that forget their water bottles. Thank you."

Banner tells ABC15 she has received word from other parents that Poston Junior High has now instituted new protocols in place, stating a student who forgot their water bottle could go to the nurse's office to get one. They could also purchase one for 75-cents at the vending machine or in the cafeteria. Banner said she was told the school has received donations of 400 water bottles since she first raised concerns.