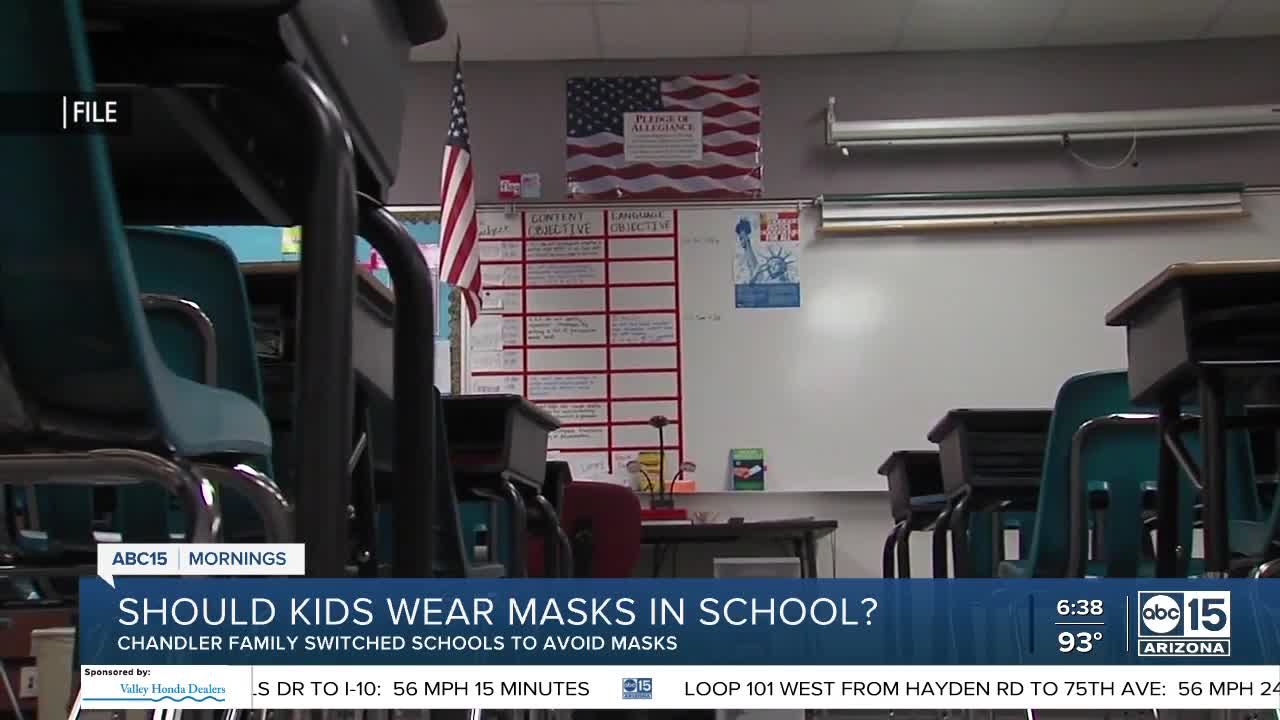 Some parents are looking for options that don't require their kids to wear masks in the classroom.

CHANDLER, AZ — Parents who don't want their kids to be forced to wear a mask are looking for schools where mask-wearing is an option. Such is the case for Christy Raban, who tells ABC15 she felt like she was part of the "minority" when it came to her children having to wear a mask when they go back to in-person learning.

Raban and about 1,400 other parents are part of a social media group called 'Mask-free Schooling options' that looks for schools where mask-wearing isn't enforced.

"It's the fact that they need to go back to school in person and of course, not be wearing masks," says Raban.

Raban pulled her kids from Fulton Elementary and San Tan Junior High a few weeks ago, after Chandler Unified School District announced teachers and students would be wearing a mask while attending school. She searched school options and went with American Leadership Academy- Gilbert North primarily because of the flexibility on wearing masks.

"They are adamant about if a child wants to wear a mask, that child will be supported and if a child doesn't, they will be too...I'm looking forward to the change, having my kids there," added Raban.

Dr.Rachel Deathrage is a pediatrician who participated in a back-to-school online town hall session on ABC15's Facebook page. She took part in a re-opening task force for a Phoenix school district. During the town hall, Dr. Deathrage said masking is one of the key factors in containing the spread and advised the district that if they went back to school, students and teachers should be wearing masks.

"I know there are a lot of people who are fearful about who should be masking. I just want to reassure everyone that... the CDC already has guidelines that those under 2 shouldn't and those who physically can't remove a mask," said Dr. Deathrage.

ABC15 reached out to the American Leadership Academy to clarify whether they will make mask-wearing an option, given Governor Ducey's Executive Order where he states that schools both public and charter, should have mask-wearing mandates for in-person schooling.

In a statement, the charter school said, "It is not ALA’s intent to mandate a mask policy. However, if on August 17, we are required by law to enforce wearing masks, we will follow the law...we believe that parents are best equipped to make these decisions for the students."

After this statement was issued, we reached out to the ALA once again, asking if the executive order's language serves as the "law." ABC15 did not hear back from the ALA.