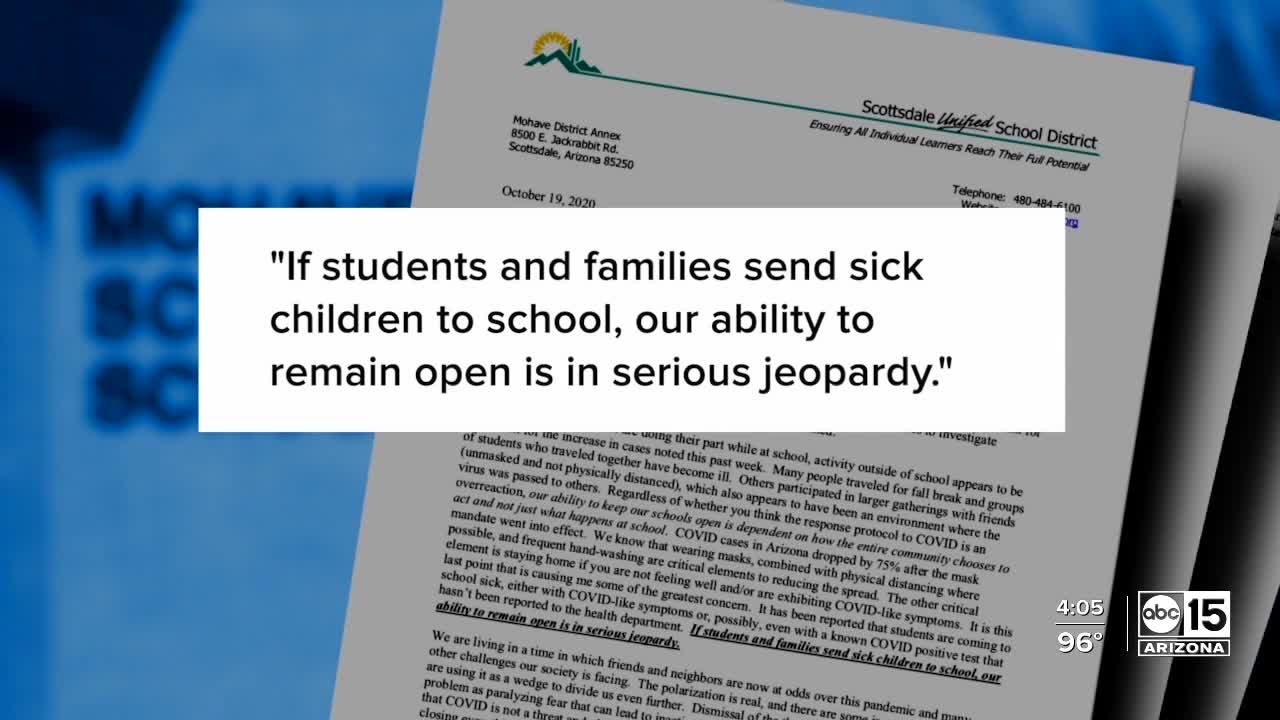 "Getting school started back should be, for our society, a major goal...the reward is so great that we are willing to take those risks," said one teacher. 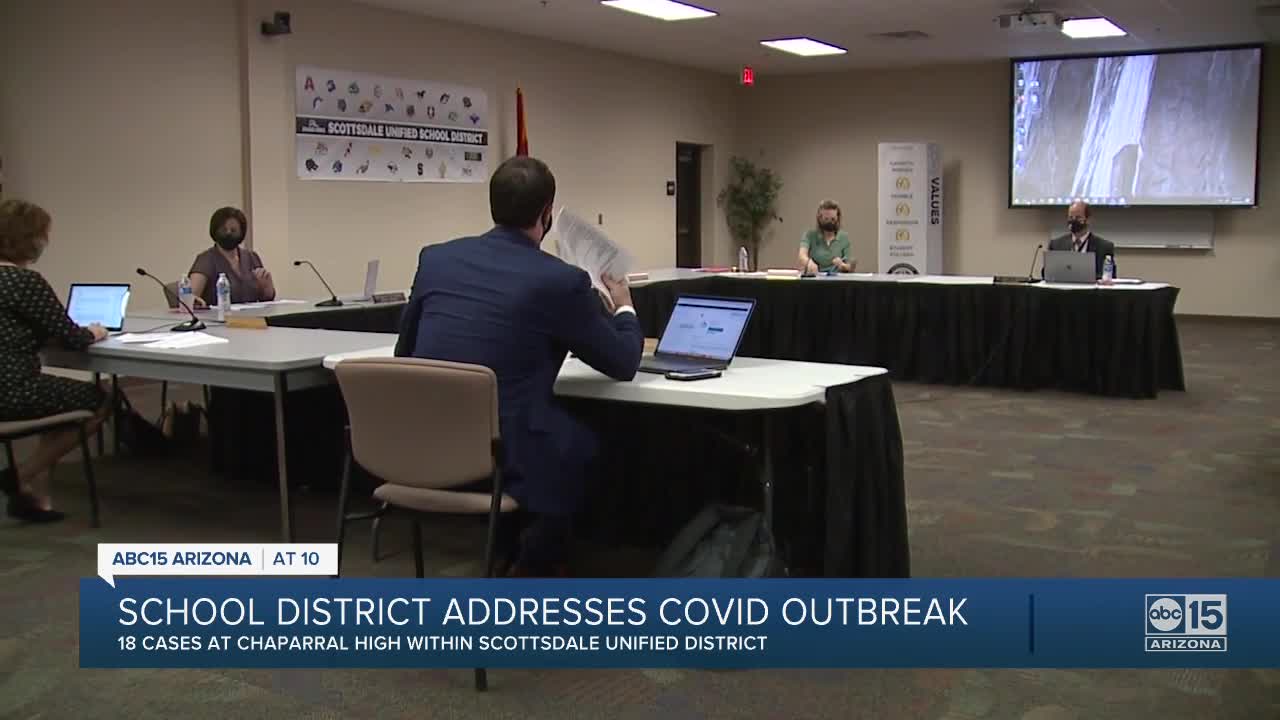 There are growing concerns about more COVID-19 cases at Chaparral High School. There were 18 confirmed active cases at the school as of Tuesday afternoon, but the district was still waiting for Maricopa County health officials to confirm at least a few more reported positives.

Steve Geislinger has been teaching engineering and robotics at Chaparral High School for six years but has spent decades in the classroom.

"I've been teaching 30 years and this is the most stressful," he said.

When asked if he and his colleagues on campus feel safe in their classrooms, Geislinger said, "there's always anxiety around that. Well, not always, in this situation, there is a certain level of anxiety."

Geislinger is also a member of the Scottsdale Education Association, which communicates regularly with district administration. He feels they are doing the best they can and says the current quarantine, combined with some students choosing to return to remote learning, have reduced class sizes for now.

The district also requires masks and distancing when possible.

"We're insisting we have at least three feet measured head to head, not shoulder to shoulder," he said.

Geislinger says the faculty's biggest frustration stems from students and parents who choose not to follow the district's safety protocols.

"We're not necessarily getting the full support that we need from the parent community, from the community as a whole," he said.

In a letter to families on Monday, District Superintendent Dr. Scott Menzel writes, "activity outside of school" is fueling the spread. He also emphasizes that "if students and families send sick children to school, our ability to remain open is in serious jeopardy."

High schools are now becoming hot spots in other Valley districts too. They account for more than half of Mesa Public Schools' confirmed active cases, with four students at Mountain View High School reporting positive test results on Monday.

"Getting school started back should be, for our society, a major goal," said Geislinger. "The reward is so great that we are willing to take those risks, we just don't want the risk to be higher than they necessarily need to be."